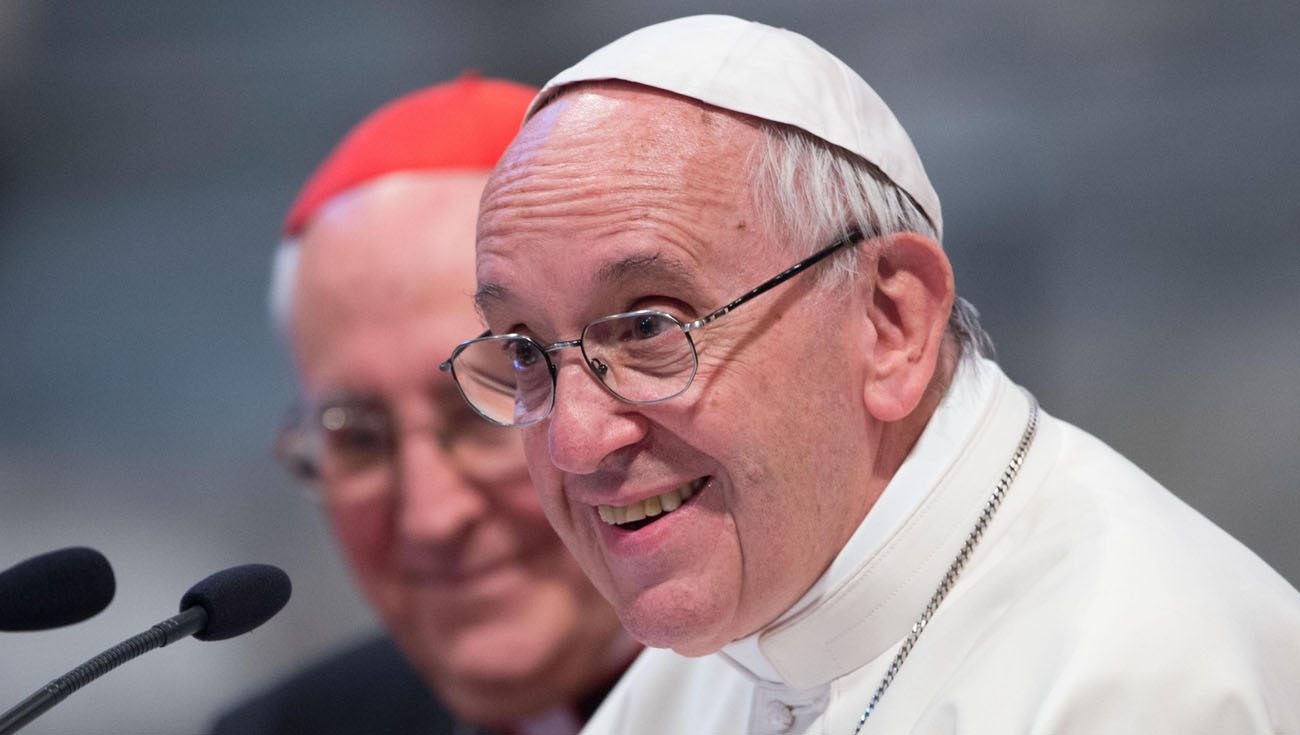 ROME (CNS) — Instead of “pretending to be adolescents,” parents must help young people see the blessing of growing into adulthood, Pope Francis told priests, religious, catechists and parish council members from the Diocese of Rome.

The belief that youthfulness is a model of success “is one of the most dangerous ‘unwitting’ menaces in the education of our adolescents” that hinders their personal growth because “adults have taken their place,” the pope said June 19, opening the Rome Diocese’s annual convention.

This “can increase a natural tendency young people have to isolate themselves or to curb their process of growth” because they have no role models, the pope said.

In his nearly 45-minute talk, Pope Francis reflected on the convention’s theme, “Do not leave them alone! Accompanying parents in educating adolescent children.”

The pope said the first step in reaching out to young people in Rome is to “speak in the Roman dialect, that is, concretely” rather than in general or abstract terms that do not speak to teens’ problems.

Families in big cities such as Rome face different problems than those in rural areas. For this reason, the pope said, parents must educate their adolescent children “within the context of a big city” and speak to them concretely with “healthy and stimulating realism.”

Families, the pope continued, also must confront the challenge of educating their children in an “uprooted society” where people are disconnecting from their roots and feel no sense of belonging.

“An uprooted culture, an uprooted family is a family without a history and without memory,” he said.

Although social networking has allowed more people to connect and feel part of a group, its virtual nature can also create a certain alienation where people “feel that they do not have roots, that they belong to no one,” the pope said.

“If we want our children to be formed and prepared for tomorrow, it is not just by learning languages, for example, that they will succeed in doing so. They need to connect, to know their roots. Only then can they fly high,” he said.

Departing from his prepared speech, Pope Francis said parents “should make room for their children to speak with their grandparents,” who have the gift of passing on “faith, history and belonging with wisdom.”

Often disregarded and cast aside, grandparents must be given the opportunity to “give young people the sense of belonging that they need.”

He also said he was worried about the current trend in society to view adolescence as a “pathology that must be fought” and that leads some parents to “prematurely medicate our youths.”

“It seems that everything is solved by medicating or controlling everything with the slogan ‘making the most of time’ and in the end, the young people’s schedules are worse than that of a high-level executive,” he said.

Instead, schools, parishes and youth movements can take a pivotal role in helping young men and women want to feel challenged so they can achieve their goals.

In this way, “they can discover that all the potential they have is a bridge, a passage toward a vocation (in the broadest and most beautiful sense of the word),” he said.

However, he warned parents about people who may wield influence over their children, including aunts and uncles, and especially those who “have no children or who are not married.”

“I learned my first bad words from a bachelor uncle,” the pope recalled. “Aunts and uncles often don’t do good things to get their nephews and nieces to like them. There was an uncle who would secretly give us cigarettes… things of that sort. And now, I am not saying they are evil but you must beware.”

Young people, Pope Francis added, need educators that help grow within them “the life of the spirit of Jesus” and help them see that “to become Christians requires courage and it is a beautiful thing.”

“I think it is important to live the education of children starting from the perspective as a calling that the Lord has made to us as a family, to make this step a step of growth, to learn to enjoy the life that he has given us,” Pope Francis said.