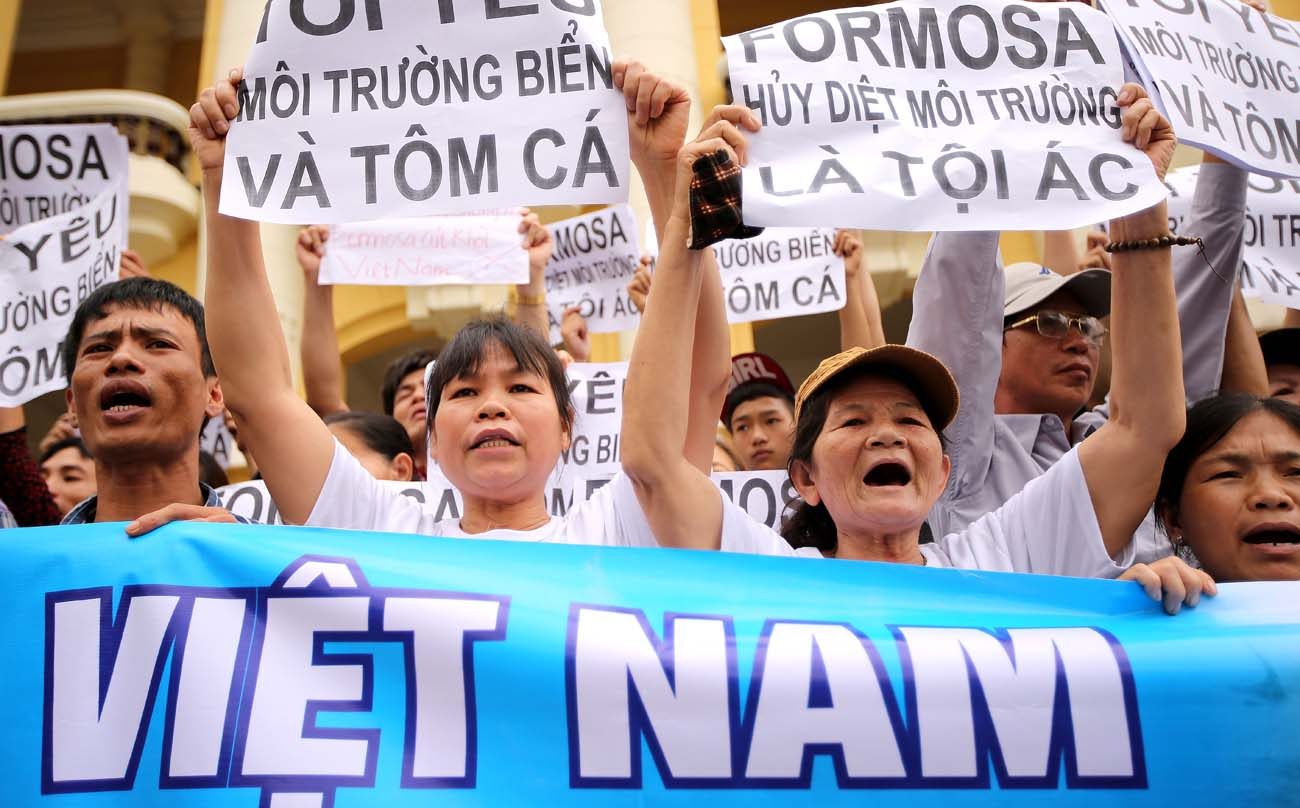 HANOI, Vietnam (CNS) — Police have looked the other way as groups of youths have terrorized a Catholic community in northeast Vietnam.

Ucanews.com reported that, throughout June, gangs of youths — wearing red T-shirts with yellow stars and waving national flags — have attacked Catholics and their property in Song Ngoc Parish in Quynh Luu District of Nghe An province.

“We see that the attacks have been carried out in an orchestrated manner, and the police know well what is occurring, but are ignoring what is going on,” said 11 priests in a June 13 petition given to the Vietnamese government.

The priests accused the government of “aiding and abetting those who intentionally violate laws, cause hatred and divide Catholics from others.”

The attacks have occurred at night, and at least two Catholics have been seriously injured, sources told ucanews.com.

Despite a heavy police presence, the youths have ridden motorbikes at full throttle through villages at night and thrown stones at a local church and at the homes of Catholics. They have also intimated businesses owned by Catholics and, in one case, the youths, armed with knives, threatened a Catholic shop owner and destroyed his goods while also driving away his customers.

Local Catholics told ucanews.com the youths are supporters of the Communist Party and criminal elements from other areas.

As part of their intimidation campaign, the youths raised banners in public places that called on locals to expel two priests active in helping local fishermen sue the Formosa Ha Tinh Steel Corp., which was responsible for a marine pollution disaster in April 2016. The youths also collected signatures from locals calling for the expulsion of the priests — Fathers John Baptist Nguyen Dinh Thuc and Anthony Dang Huu Nam — from the area.

“The primary motivation behind the incidents is to pressurize local Catholics and the deanery into boycotting and expelling the two priests from Quynh Luu district,” the priests said in their petition.

The petition said the government is seeking to “conceal the truth about the marine catastrophe caused by Formosa and preventing the people’s fight against the steel plant.”

Toxic waste, including phenol and cyanide, from the Taiwanese-built steel plant in Ha Tinh province poisoned water along a 125-mile stretch of Vietnam’s coastline, killing hundreds of tons of fish. Those affected by the disaster are seeking to be properly compensated and for the plant to be moved from the area.

NEXT: Humanity must unite in fight against corruption, pope says