Quebec cardinal to Catholic media: Strength of the message is God 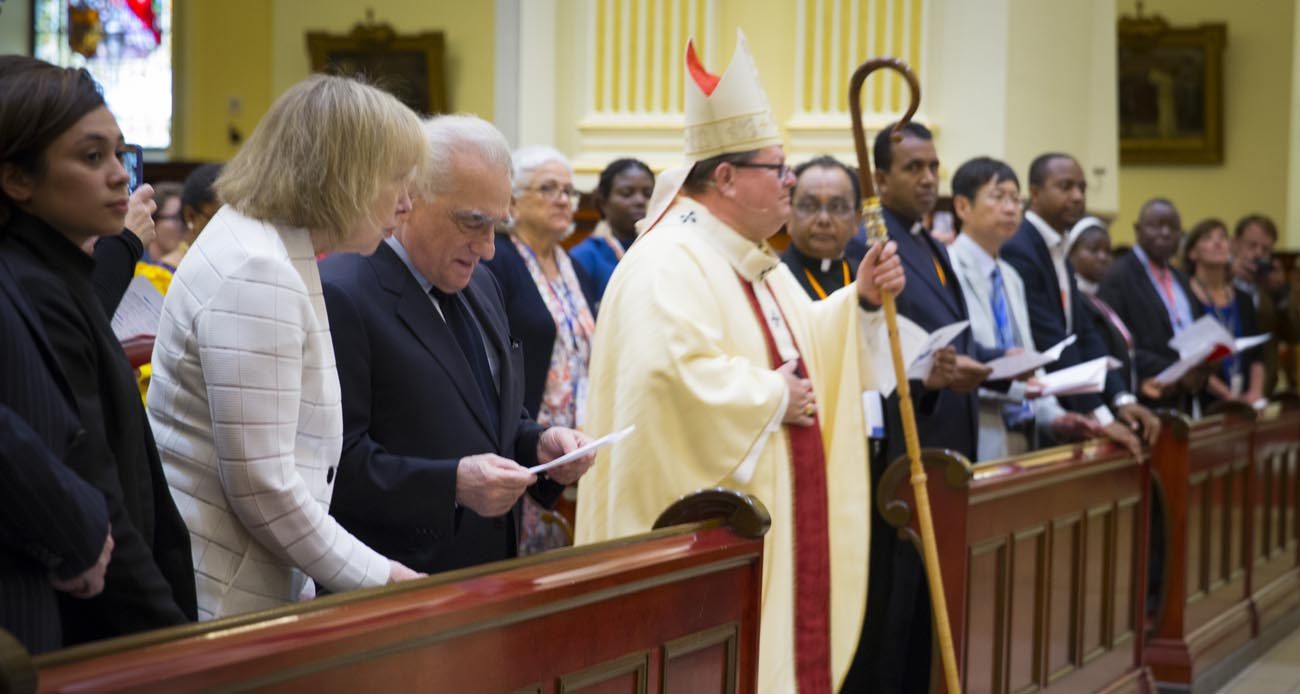 Cardinal Gerald Cyprien Lacroix of Quebec passes by film director Martin Scorsese, holding a pamphlet, and other attendees of the 2017 Catholic Media Conference in Quebec City at the beginning of a June 21 Mass at the Cathedral-Basilica of Notre-Dame of Quebec in Quebec City. (CNS photo/Chaz Muth)

QUEBEC CITY (CNS) — St. John’s experience with Jesus “transforms him into a great communicator,” said Quebec Cardinal Gerald Lacroix, and he told Catholic media professionals from around the world that the same kind of experience drives their work.

“The strength, the vigor is … in the seed, in the Word of God,” he told hundreds of participants in the Catholic Media Conference and the Signis World Congress June 21.

In a special Mass at the Cathedral-Basilica of Notre Dame of Quebec, the cardinal moved smoothly among Spanish, English and French, asking participants from the Americas, Asia, Africa, Australia and Europe to pardon his hoarse voice.

Referring to one of the Mass readings, he said St. John “shares a vibrant expression of his faith.” He noted that, at the time, there was “no Facebook account yet, no tweets … no internet … and yet the Gospel spread all over the world.”

Of course, he told the media professionals, they should continue to try to use the professional tools and to make themselves the best they could be.”

But he repeated, “We do not forget that the power, the strength, the life is in the seed, the Word of God.”

The Catholic Media Conference met June 20-23 for members of the Catholic Press Association of the United States and Canada.