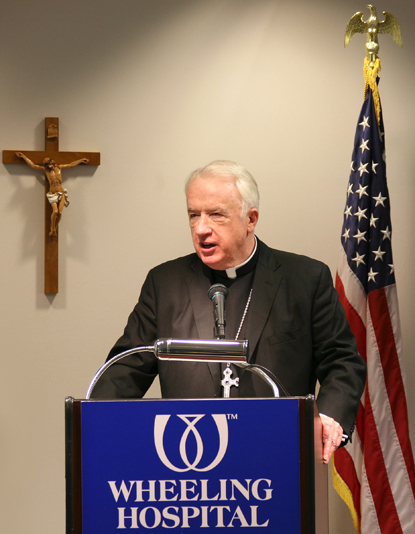 WHEELING, W.Va. (CNS) — In the shadow of the national health care debate is West Virginia, a state where a large portion of the population is living in poverty, where Medicaid is the focus and concern.

Catholic Charities West Virginia reports that Medicaid serves more than 546,000 people in the state, a third of the population. Last year alone, 170,000 West Virginians enrolled in the program.

Cuts to Medicaid in any overhaul of the federal health care law would be detrimental to West Virginia, said Bishop Michael J. Bransfield of Wheeling-Charleston and officials at Catholic-run Wheeling Hospital.

“It would be a monumental health care crisis in this state if this was to take place,” said Heidi Porter, vice president of quality and regulatory affairs at Wheeling Hospital.

“We are in a state that’s poor, highly co-morbid. People have a lot of health disparities; they have chronic conditions. They are the people who have multiple diseases who … could be restricted in terms of health coverage,” Porter told The Catholic Spirit, diocesan newspaper of Wheeling-Charleston.

Wheeling Hospital is the state’s only Catholic hospital and is operated by the Diocese of Wheeling-Charleston.

A key provision of the now-collapsed Senate health care bill, the Better Care Reconciliation Act, was to make deep cuts to Medicaid, which the U.S. Conference of Catholic Bishops and Catholic social service agencies and health care providers decried, saying the cuts would have harmed those most in need.

On July 24, The Associated Press reported that the Senate would move forward in coming days with a key vote on a health care bill, but it was not yet known what they would be voting on — a measure to replace the Affordable Care Act or to “simply repeal it.”

Capito was among other GOP senators who said they would not vote on the measure, leaving the Senate without the needed 50 votes to bring the bill forward for a debate.

“As I have said before, I did not come to Washington to hurt people,” Capito said in a statement. “For months, I have expressed reservations about the direction of the bill to repeal and replace Obamacare. I have serious concerns about how we continue to provide affordable care to those who have benefited from West Virginia’s decision to expand Medicaid, especially in light of the growing opioid crisis.

“All of the Senate health care discussion drafts have failed to address these concerns adequately,” she added.

“I view Medicaid as a safety net for these folks,” said Kareen Simon, vice president of operations at Wheeling Hospital, who joined Porter in discussing health care with The Catholic Spirit. “Everybody has the right to have access to health care.”

Medicaid in West Virginia, Simon noted, provides coverage of specifics related to overall wellness, coverage of basic needs for individuals and families living in poverty and in need of assistance.

“Prenatal care, pharmaceuticals such as vaccines, being able to have your children vaccinated, dental, vision, mental health services — that is all available,” she said. “It’s wellness, all the way across the continuum from birth to elderly. If you do away with that, you are looking at a population that has no access to any health care.”

Bishop Bransfield emphasized this point in his column in the July 21 issue of The Catholic Spirit, noting that the state’s children and the elderly would suffer greatly from any cuts to Medicaid benefits.

“As many of you know, West Virginia has some of the poorest communities in the United States,” the bishop said in his column. “The largest number of poor in West Virginia are children and without a doubt many senior citizens live below the poverty line. The elimination or reduction of Medicaid, especially the Children’s Health Insurance Program, CHIP, will seriously affect our people.

“The CHIP program is one of the Medicaid programs that should be renewed and whose reach should be extended,” he wrote, “in order to ensure that our young people have access to regular pediatric care and annual physicals, so that all our young people have the chance to see a doctor at least yearly and not only in emergency situations. Likewise, in a state with so many elderly living on their own, it is important that they too have access to affordable health care.”

While saddled with poverty and health care issues, West Virginia also is facing an opioid addiction crisis. According to the West Virginia Health Statistics Center, preliminary data shows that 879 people died of drug overdose in West Virginia last year. A total of 744 of those drug overdose deaths involved one or more opioids.

Access to Medicaid for those suffering and affected by this crisis, Porter and Simon said, has been vital to the state in terms of treatment and recovery.

“It’s bad,” Porter said of the state’s opioid crisis. “It’s a daily occurrence that everyone in every health care organization in West Virginia deals with. It has left zero portion of the state untouched.”

The biggest and most heartbreaking issue facing the state’s health care facilities in the opioid crisis is the treatment of babies born addicted to drugs. The condition is called NAS — neonatal abstinence syndrome, in which newborns suffer from withdrawal from the drugs they were exposed to in the womb.

“Every hospital in the state is seeing that,” Simon said. “Just by looking at a baby that’s born addicted, that’s worthwhile” to have Medicaid. “That baby needs to be treated.”

Although repeal of Obamacare seems unlikely now without the needed votes in the Senate, Porter stressed that repeal without knowing what is going to replace it is “dangerous.”

“Not knowing what is coming down the pike,” she said, “you are playing with people’s lives. It’s dangerous and could be deadly to people.”

Both Porter and Simon believe there are success stories in the expansion of and access to Medicaid in the Mountain State overall, especially with treatment of drug addiction and preventative care.

“If you have 53,000 people last year who sought treatment for substance abuse and other issues, there is success to be found in that program,” Porter said. “People are grateful to have that burden eased.

“Obviously, we are a Catholic health care institution and we will provide care regardless of whether or not someone has insurance, but you see relief in people’s faces to know that they are covered.” 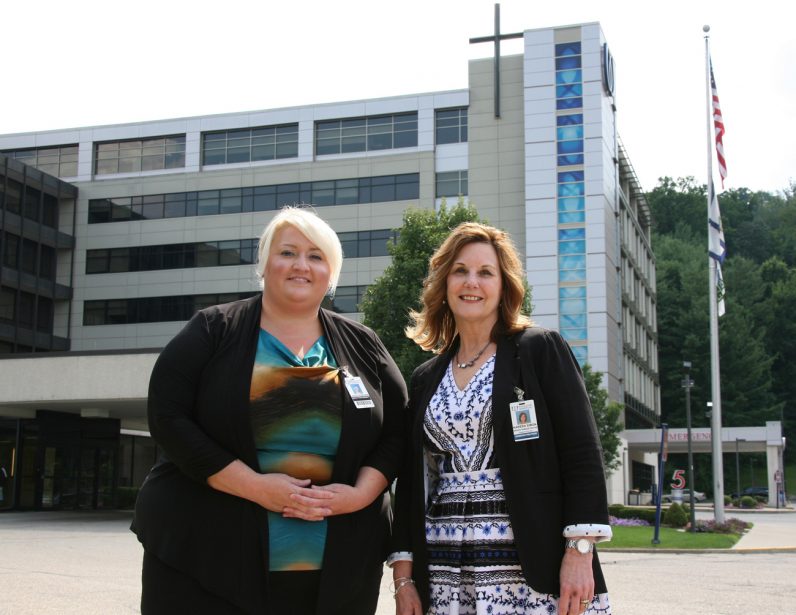