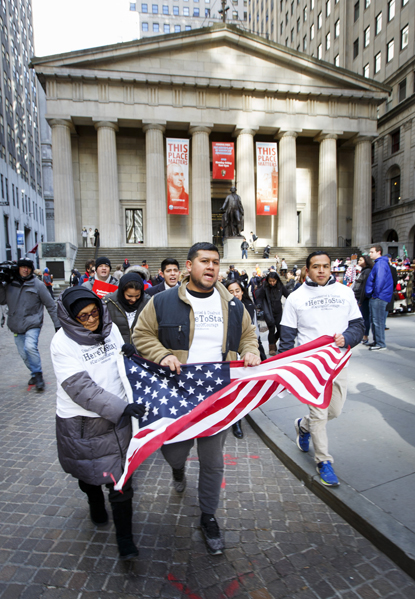 WASHINGTON (CNS) — After a Texas attorney general gave the Trump administration an ultimatum to end a policy protecting young migrants or face a lawsuit in September, the Catholic bishops of Texas expressed disappointment in a letter to the state official and blamed Congress for the uncertain future the migrants are facing.

In a letter made public July 20 and addressed to Texas Attorney General Ken Paxton, the Texas bishops say they are “disappointed” by his demand that the administration terminate the Deferred Action for Childhood Arrivals, or DACA, a 2012 policy under then-President Barack Obama.

While not providing legal status, it gives youth who were brought to the U.S. as minors and without documentation a temporary reprieve from deportation and employment authorization in the United States as long as they meet certain criteria.

The bishops also blame “Congress’ failure,” for the uncertain future being faced by young DACA recipients, who, “along with countless other migrants who truly believe in the American dream, are victims of a broken system.”

In late June, officials from nine states, mostly attorneys general and one governor, joined Paxton in urging the Trump administration end DACA, threatening the government with a lawsuit Sept. 5 if the program continues.

But President Donald Trump does not seem clear about what he will do. As a candidate, he said he would terminate the policy. As president, he said the decision is difficult and recently said he’s still weighing what to do about it.

Officials from Idaho, Arkansas, Alabama, Idaho, Kansas, Louisiana, Nebraska, South Carolina, Tennessee and West Virginia joined Texas in demanding an end to the program. The State Attorney of California sent Paxton a letter July 21 and, backed by 19 other attorneys general, opposed the request to end DACA.

On July 20, Republican Sen. Lindsey Graham of South Carolina and Democrat Sen. Dick Durbin of Illinois, along with others, introduced the 2017 version of what in the past has been called the DREAM Act, seeking relief for DACA recipients that could result in their legal status and perhaps citizenship down the line.

“This is the right thing to do and the compassionate thing to do,” said Los Angeles Archbishop Jose H. Gomez in a July 21 letter.

However, White House officials told the McClatchy news service the day before the bill was introduced that the president would not support the legislation even if Congress passes it.

In Texas, the bishops’ statement says, ending DACA would result in the deportation of 117,000 young people from the United States. Nationally, 750,000 to 800,000 are said to have applied for the status, which asks that applicants not have a criminal record, have served honorably in the armed forces of the United States or be currently in school or have graduated from high school or earned a GED.

“These individuals contribute to the economy, serve honorably in our armed forces, excel in our schools and universities, minister in our churches, and volunteer in our communities. Texans should be proud to claim them as our own,” the Texas’ bishops statement said.

The bishops tell Paxton “to be mindful of migrants’ dignity and our own Texas values.” They also speak of the separation of families that some of the DACA recipients, known as “Dreamers,” experience.

“Under our federal system, migrants’ hopes for a better life are often met by bureaucratic ways of thinking,” the letter says, and remind Paxton that Texans stand “against such thinking because they value both liberty and opportunity.”

NEXT: Access to Medicaid called ‘vital’ for West Virginians