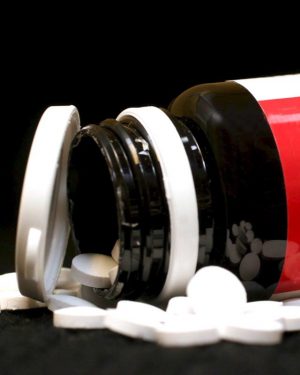 WASHINGTON (CNS) — The House Appropriations Committee voted July 13 in favor of an amendment to repeal the District of Columbia’s assisted suicide law.

The day before the vote, New York Cardinal Timothy M. Dolan sent a letter to members of the committee urging them to “nullify the D.C. City Council’s deceptively named ‘Death with Dignity Act’ that legalizes the dangerous and unethical practice of doctor-assisted suicide.”

The amendment to the fiscal year 2018 Financial Services and General Government Appropriations bill looks to repeal the assisted suicide law, which went into effect this past February. It was introduced by Rep. Andy Harris, R-Maryland, who told the committee there is “nothing dignified about suicide” in his opinion.

Harris also called the act “bad policy” and said that “physicians were playing God” by prescribing lethal medications to terminally ill patients who want to end their lives.

The legislation permits physicians in the District of Columbia to legally prescribe lethal drugs to patients who have been deemed mentally competent and who have received a terminal diagnosis of six months or less.

In his July 12 letter to House Appropriations Committee members, Cardinal Dolan said the law was “seriously flawed” and said it “poses the greatest risks of abuse and coercion to those who are poor, elderly, disabled, members of a minority group, or without access to good medical care.”

The cardinal, who is chairman of the Committee on Pro-Life Activities for the U.S. Conference of Catholic Bishops, also told committee members that the law could cause the deaths of many people who are not terminally ill and it also “reflects a bias against persons with disabilities and serious illness.”

He went on to say the legislation “undermines the very heart of medicine. Doctors vow to do no harm, and yet assisted suicide is the ultimate abandonment of their patients. Seriously ill patients — who are often depressed — need our authentic support, including doctors fully committed to their welfare and pain management as they enter their final days.”

The National Right to Life Committee similarly sent a July 12 letter urging House committee members to vote for the amendment to repeal the assisted-suicide measure.

In a statement, the group said the pro-life movement is as “concerned with protecting the lives of older people and people with disabilities as it has been dedicated to protecting unborn children from abortion.”

J.J. Hanson, president of the Patients Rights Actions Funds, praised the committee’s vote to repeal the assisted -suicide measure, saying: “We welcome any efforts at the congressional level to halt assisted suicide policy which will only put vulnerable D.C. residents — the terminally ill, the disabled and the poor — at risk.”

The D.C. Catholic Conference, which represents the public policy interests of the Catholic Church in the District of Columbia, joined a broad-based coalition of other groups in opposing the assisted-suicide measure when it came up for a vote.

After the City Council approved it, the Catholic conference issued a statement saying the bill “imperils residents particularly those who are sick, elderly, disabled, and uninsured in our communities. It allows for coercion and abuse including third-parties administering the lethal drugs to patients who may or may not be incapacitated and or even requesting assisted suicide.”

Similar physician-assisted suicide laws have been introduced and have failed in 22 states.