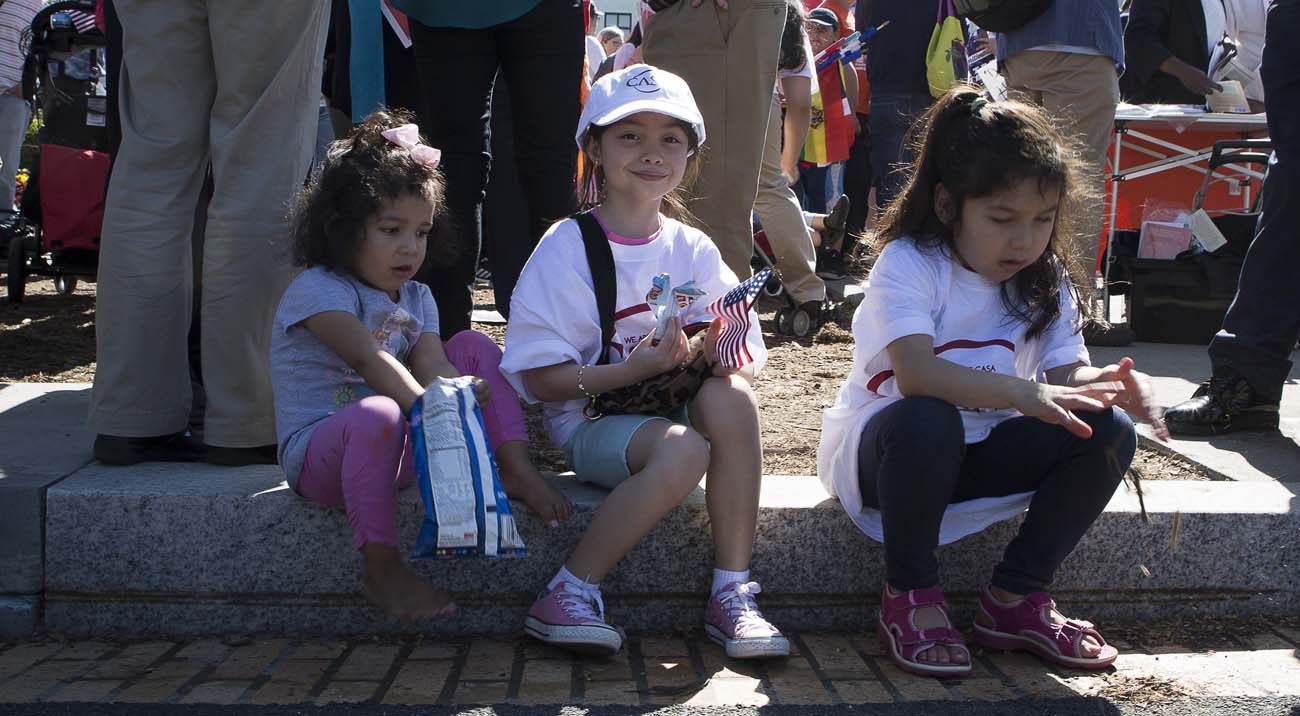 UPDATED – WASHINGTON (CNS) — The chair of the migration committee of the U.S. Conference of Catholic Bishops urged the Trump administration to “ensure permanent protection” for youth who were brought to the U.S. as minors without legal documentation.

Bishop Joe S. Vasquez of Austin, Texas, chair of the Committee on Migration Committee, reiterated the bishops’ support for the Deferred Action for Childhood Arrivals, or DACA, a 2012 policy under then-President Barack Obama that, while not providing legal status, gives recipients a temporary reprieve from deportation and employment authorization in the United States as long as they meet certain criteria.

During his campaign for president, Donald Trump said he would get rid of the program but later backtracked and it’s unclear what will happen to the estimated 750,000 youth who signed up for the program.

“DACA youth are contributors to our economy, veterans of our military, academic standouts in our universities, and leaders in our parishes,” said Bishop Vasquez in a July 18 statement. “These young people entered the U.S. as children and know America as their only home. The dignity of every human being, particularly that of our children and youth, must be protected.”

He urged the administration “to continue administering the DACA program and to publicly ensure that DACA youth are not priorities for deportation.”

The bishops join other Catholic institutions worried about the group and urging protection. In May, more than 65 college presidents representing U.S. Catholic institutions asked for a meeting with the Secretary of Homeland Security to talk about immigration policy, particularly DACA, saying they worried about the future of their students. They cited incidents in which DACA recipients have been placed under immigration detention, including a case in which one of them was deported.

“Many of these students will leave our campuses for internships, summer programs and jobs. Our prayer is that they return,” their letter said, but so far there have been no announcements of what the administration will or won’t do regarding the program.

In his statement, Bishop Vasquez said that since DACA is not a permanent solution, “I also call on Congress to work in an expeditious and bipartisan manner to find a legislative solution for DACA youth as soon as possible.”

Some members of Congress had been working on a bipartisan bill to provide relief for “Dreamers,” as the DACA recipients are known, but the McClatchy news agency reported July 19 that White House officials said the president would not support the legislative action.

The administration already is facing pressure from some groups for not rescinding DACA, as it had promised. In late June, officials from nine states joined Texas Attorney General Ken Paxton in urging the Trump administration to end DACA, threatening the government with a lawsuit on Sept. 5 if the program continues.

Trump has said at least on a couple of occasions that the decision is more difficult than he first imagined and recently said he’s still weighing what to do about it.

“Additionally, I note the moral urgency for comprehensive immigration reform that is just and compassionate. The bishops will advocate for these reforms as we truly believe they will advance the common good,” he said.