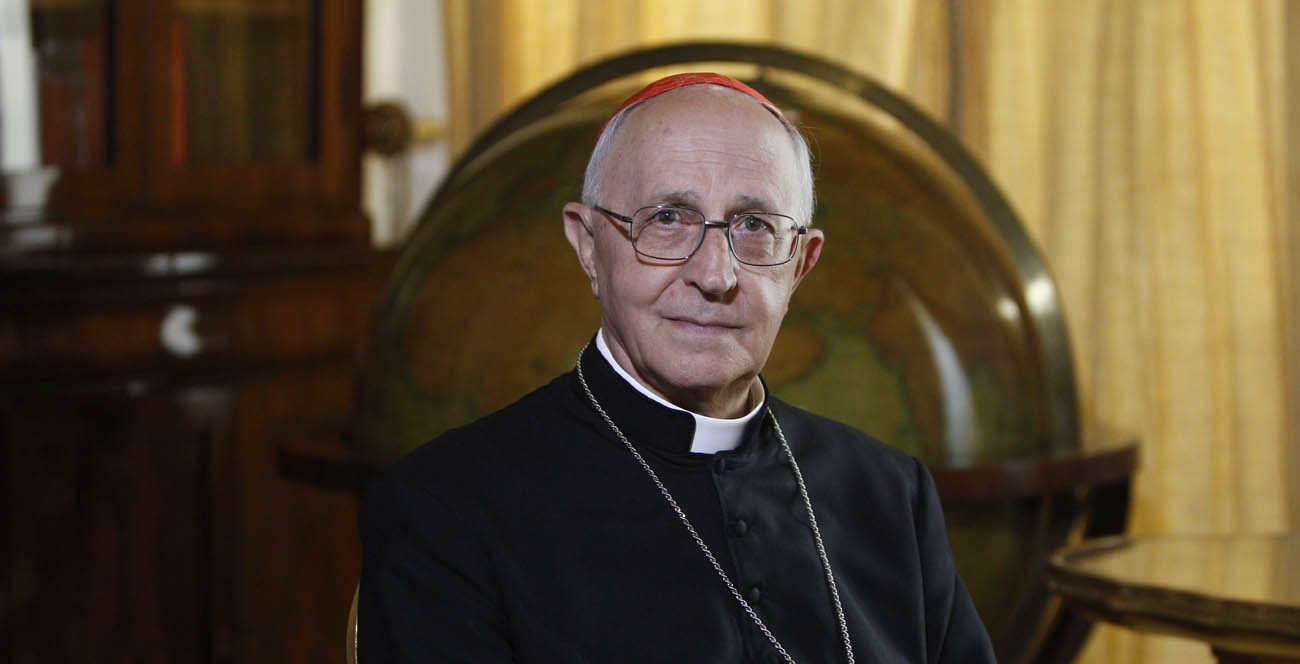 Cardinal Fernando Filoni, prefect of the Vatican's Congregation for the Evangelization of Peoples, poses for a photo June 2 at the Vatican. "History is itself a victory over ignorance, marginalization and intolerance; it is a call for respect and to not repeat the mistakes of the past," said Cardinal Filoni in his book, "The Church in Iraq." (CNS photo/Robert Duncan)

VATICAN CITY (CNS) — To understand the current situation in Iraq — the evolving and complex conflicts there, and the fear and resilience of its Christians — one has to understand its past, which is often ignored or unknown in the West, said a former papal representative to the country.

“History is itself a victory over ignorance, marginalization and intolerance; it is a call for respect and to not repeat the mistakes of the past,” said Cardinal Fernando Filoni in his book, “The Church in Iraq.”

The book is also “a testimonial” to the victims of “the Islamic terrorism of ISIS,” he told the Christians and non-Christians he met when Pope Francis sent him as his personal representative to encounter and pray with these shaken communities that fled the Islamic State.

That brief visit in 2014 was a homecoming of sorts.

The Italian cardinal, now 71, lived in Iraq during a time of great tension and turmoil. St. John Paul II made him the apostolic nuncio — the pope’s diplomatic representative — to Iraq and Jordan in January 2001. Several months later, after 9/11, the United States administration started building pressure against Iraq, pushing for military action.

St. John Paul firmly opposed military intervention and, despite the fact that he sent peace-seeking missions to Washington and Baghdad, the United States attacked.

“Not even the stern warning of the saint-pope could deter President George W. Bush from his purpose,” the cardinal wrote. He said the day of the invasion, March 19, 2003, became “a very sad day for Iraq and for the whole world.”

The nunciature never shut down, not even during the airstrikes and occupation or the ensuing chaos of looting and revenge.

It was during his tenure there in Baghdad, which ended in 2006, that Cardinal Filoni went through the nunciature’s archives, which housed “a rich history” of documentation and letters, detailing the history of the Vatican’s diplomatic relations with Iraq and the establishment of an episcopal see in Baghdad in the 16th century. 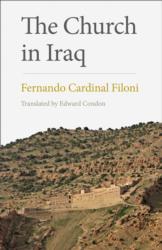 “Naturally, this caught my eye,” he said, and the idea for a book emerged there in the wealth of material buried in an archive.

The book’s chapters take a historical overview of the church’s long presence in Mesopotamia, dating back to the time of St. Thomas the Apostle, and looks at how the expanding early Christian communities there evolved, faced internal divisions and challenges, and still shared their unique gifts.

Looking at the church’s journey in the past also made him realize: “This is unknown to us. And so I thought, writing a book that traced, especially for us in the West, the birth, the evolution of this history up to present day could be … of service to Christianity in the Middle East, particularly in Mesopotamia, which is suffering because of expulsions, persecution or discrimination.”

Published first in Italian in 2015, The Catholic University of America Press is releasing the English edition toward the end of July in the United States and in mid-August in the United Kingdom.

The cardinal spoke to Catholic News Service in Rome during an interview at the Congregation for the Evangelization of Peoples, where he has served as prefect since 2011.

The book looks particularly at how minorities and the country as a whole suffered invasions, despots and Western hegemony, and yet tenaciously held on to its cultures and religious identities.

“In order to defend their identity within this great sea of Islam, Christians had to withdraw into themselves, keeping their own language, which dates back to the time of Jesus, that is, Aramaic,” he said. While, over the centuries, the everyday spoken language developed into different dialects, the liturgy still maintained the original form of ancient Aramaic, he added.

Even though Christians held on to their traditions and culture, they were “truly open” and didn’t ignore the world around them, learning and speaking Arabic, for example, he said.

This kind of everyday contact between Christians and their Muslim neighbors also led to a sharing of ideas, influence and mutual respect on the local level, Cardinal Filoni said.

For example, he recalled when he lived in Baghdad, he visited a church dedicated to Mary in a predominantly Muslim neighborhood.

“I was astounded by the fact that the walls of this church were dirty” with what looked like handprints smudged everywhere, he said.

When he asked church members, “‘Why don’t you clean this?’ They said ‘No! Because these are the signs of the Muslim women who come to pray to Mary, mother of Jesus, and as a sign of their prayer, they leave an imprint of their hand.'”

Since Mary is revered by Muslims, he said many expectant mothers visit this church to pray to her for protection.

“This influence, for example of Mary, in people’s daily lives” and similar devotions to prayer, fasting and charity, fostered closer relationships, mutual respect and understanding between Christians and Muslims, he said.

“A modern Iraq, full of history, of possibility and responsibility — not least because of its huge oil resources, which continue to be a source of discord, jealousy, envy, and oppression — should be defended, helped, and supported more than ever,” the cardinal concludes in his book.

While the primary responsibility for allowing Muslim, Christian and other minorities to return to their country and help build its future belongs to Iraq’s three largest communities — Shi’ites, Sunnis and Kurds — the rest of the world is also “in some way responsible for this crisis,” he told CNS.

“We all have to assume responsibility to rebuild, which is very difficult, because once people emigrate, they very rarely go back,” he said. “But if we can still preserve the coexistence of these even small communities (that remain), this will benefit peace, which is essential so that Christians don’t keep leaving behind this ancient land so rich in culture, tradition and history.”