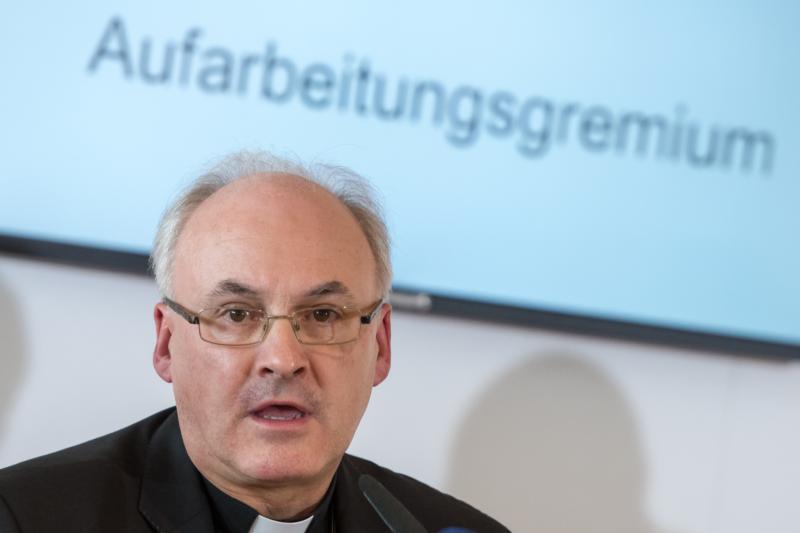 UPDATED – VATICAN CITY (CNS) — More than 500 boys suffered abuse at the hands of dozens of teachers and priests at the school that trains the prestigious boys choir of the Regensburg Cathedral in Germany, said an independent investigator.

Former students of the Domspatzen choir reported that the physical, emotional and even sexual abuse at the school made life there like “a prison, hell and a concentration camp,” said Ulrich Weber, the lawyer leading the investigation of claims of abuse at the choir and two associated boarding schools.

A “culture of silence” among church leaders and members allowed such abuse to continue for decades, Weber said as he presented the final report on his findings during a news conference in Regensburg July 18.

The investigation, commissioned by the Diocese of Regensburg, found that at least 547 former members of the Regensburg Domspatzen boys choir in Germany were subjected to some form of abuse, according to Vatican Radio. Of those victims, 67 students were victims of sexual violence, the radio said.

But Weber told the Regensburg news conference that many former victims had declined to come forward during his two-year inquiries into the Domspatzen, adding that he believed the real number could be closer to 700.

Regensburg church sources said around 300 financial compensation claims had been received from abuse victims, adding that 450,000 euros (US$518,000) had been paid out by the diocese so far.

The 440-page report, which spanned the years between 1945 and the early 1990s, found highly plausible accusations against 49 members of the church of inflicting the abuse, with nine of them accused of being sexual abusive. The Diocese of Regensburg and the Domspatzen choir supplied links to the report and related news stories or resources on their respective web sites: www.bistum-regensburg.de and www.domspatzen.de.

In the report, Weber sharply criticized Cardinal Gerhard Muller, who was bishop of Regensburg from 2002 until 2012, when Pope Benedict appointed him to head the Vatican’s Congregation for the Doctrine of the Faith.

Then-Bishop Muller had “a clear responsibility” in the “strategic, organizational and communication weaknesses” that marked the process he launched of reviewing allegations. Cardinal Muller had ordered the creation of a commission to investigate and search through diocesan archives in the wake of the 2010 abuse crisis.

But in an interview with TV2000, the satellite television station owned by the Italian bishops’ conference, Cardinal Muller denied he had not done enough as bishop of Regensburg.

“I launched the process of investigation” when abuse claims increasingly emerged in 2010, he said in the interview, which aired July 20.

Time, resources and assistance were dedicated to “offering justice to victims,” he said, and he personally set up a team of experts and appealed to victims to come forward.

“Those responsible for abuse are relatively few and a number of them are dead,” he said, adding that “unfortunately we can’t put dead people on trial, but whatever could be done, juridically and pastorally, the diocese did, just as it does today.”

He said the elementary school where the choir boys studied was “institutionally independent from the diocese” and that, at the time, it was also very reserved, “very closed, nobody could go in.”

“Perhaps there were rumors, but they never reached the diocese,” the cardinal said.

One of the first Domspatzen student-victims to come forward in 2010 with allegations of sexual abuse, Alexander Probst, told Deutsche Welle July 18 that he had been very frustrated and angry with the way then-Bishop Muller reacted to his claims. He said the bishop accused him of denouncing the church.

In the interview, whose link could be found on the Regensburg boys’ choir website, Probst said he felt the bishop actively protected abusers, and that “it got even worse when he was appointed head of the Congregation for the Doctrine of the Faith; it was like putting a fox in charge of the henhouse.”

“It was only after the new bishop of Regensburg, Rudolf Voderholzer, realized that there was much more to all this than met the eye when things began to get better. Starting in 2015, he personally wanted to cooperate with us,” Probst said.

Widespread news of the suspected abuse first emerged in 2010 as religious orders and bishops’ conferences in Germany, Austria and the Netherlands were faced with a flood new allegations of the sexual abuse of children, mainly at Catholic schools.

The boys’ choir had been led between 1964 and 1994 by Msgr. Georg Ratzinger, the older brother of retired Pope Benedict XVI.

In an interview with the German newspaper Passauer Neue Presse in 2010, Msgr. Ratzinger apologized to victims at his former school, even though he said he had been unaware of the alleged incidents.

“There was never any talk of sexual abuse problems, and I had no idea that molestation was taking place,” the priest said, as he recalled his 30 years as the school’s choirmaster.

Msgr. Ratzinger had said when he served at the school, “there was a climate of discipline and rigor … but also of human understanding, almost like a family.” He knew that the priest who headed the school from 1953 until his death in 1992 had slapped boys in the face, but said he had not considered such punishments “particularly brutal.”

“If I’d known the exaggerated vehemence with which the director acted, I would have reacted,” he said in the 2010 interview.

In his report, Weber said Msgr. Ratzinger should have known about at least some cases of physical violence, but that his role “was still not at all clear.”

Msgr. Michael Fuchs, diocesan vicar general, described Msgr. Ratzinger as a “passionate musician, priest and pedagogue” and an “emotional person,” who had personally regretted slapping pupils during his 30 years as the school’s choirmaster and apologized to Domspatzen victims.

“I have no information to suggest his account, expressed many times, needs to be revised,” Msgr. Fuchs told the news conference.

Jesuit Father Hans Zollner, a member of the Pontifical Commission for the Protection of Minors, told Vatican Radio the new report shows how Bishop Voderholzer “has taken seriously all the allegations” and is “very courageous in taking on an issue that has been looming for many years.”

It is only now that the facts have become “plain, in the light of day” because of establishing and cooperating with a professional, independent investigation, he said.

This latest report should inspire church leaders around the world, Father Zollner said, “so that they do the same today because this will help, first of all, those who have been harmed in the past.”

Contributing to this story was Jonathan Luxmoore.

NEXT: Pope’s visit to Colombia will highlight inequality in Latin America