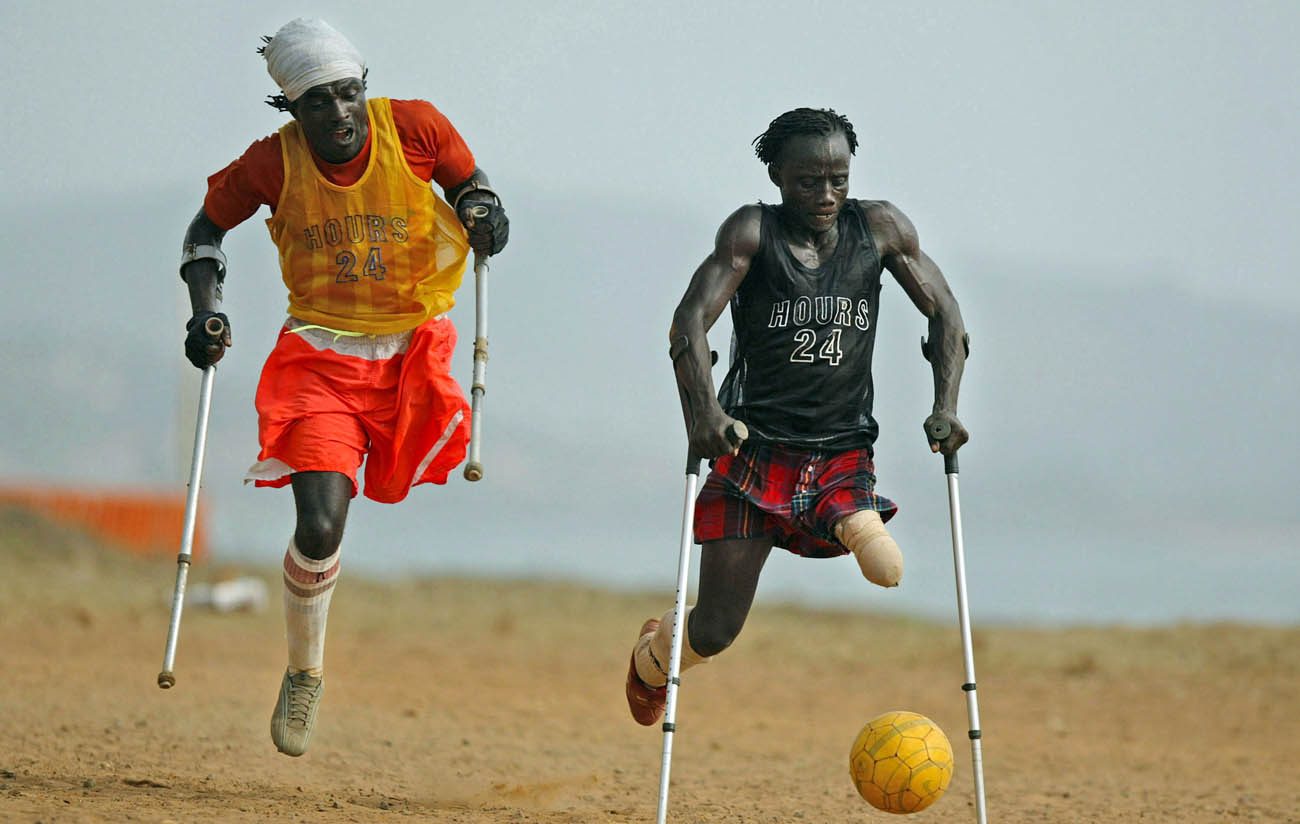 Amputees of Sierra Leone's civil war play football in Freetown, Sierra Leone, in this 2006 file photo. Catholic bishops there called on citizens to refrain from actions to destabilize the West African nation and to come together before next year's elections. (CNS photo/Nic Bothma, EPA)

FREETOWN, Sierra Leone (CNS) — Catholic bishops in Sierra Leone called on citizens to refrain from actions to destabilize the West African nation and to come together before next year’s elections in the same spirit that helped end the country’s civil war and overcome its Ebola epidemic.

The elections, set for March 7, are seen as key to maintaining the fragile peace that has existed since the 11-year civil war ended in 2002.

“We appeal to all Sierra Leoneans to work for the common good. We have to assume responsibility for our own development and not wait for others to do it,” the bishops’ conference said in a pastoral letter published in mid-July.

“We call on all Sierra Leoneans, especially those of voting age, to strongly reject all acts of violence, unnecessary provocations, various forms of fraud that distort results, and anything leading to destabilization and disorder,” said the letter.

It also called on people to remain united and dedicated to address poverty, illiteracy, food insecurity and corruption.

Sierra Leone, which became independent from Britain in 1961, was devastated by a 1991-2002 civil war, largely fought over diamonds and minerals, as well as by Ebola, which was declared over by the World Health Organization in March 2016.

President Ernest Bai Koroma, whose final term ends in November, has promoted foreign investment and economic growth since his first election in 2007, although Sierra Leone still faces widespread poverty and life expectancy of less than 50 years.

The bishops said they were “sincerely grateful” to the president for promoting “peace and stability” and prayed the Christian faith would help people overcome “greed, corruption, moral decadence, indifference to the common good.”

They also called on priests, religious and laypeople to promote a spirit of unity, reconciliation, tolerance and peace.

NEXT: Probe into elite German choir finds more than 500 boys were abused