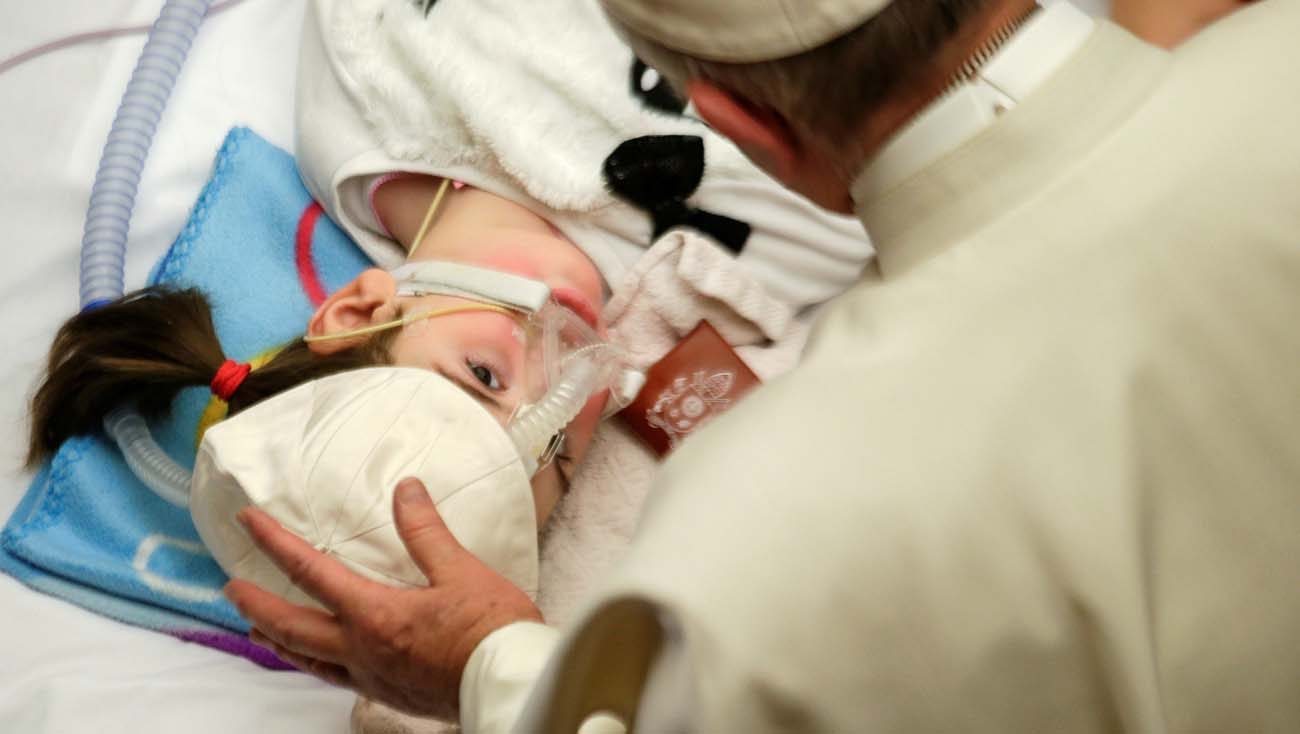 Pope Francis blesses a sick child in Paul VI hall at the Vatican Dec. 15, 2016, during a meeting with patients and workers of Rome's Bambino Gesu children's hospital. Responding to an Associated Press investigation, a top Vatican official said there had been past problems at the hospital, but that the current administration was making a "serious effort to resolve them." (CNS photo/Max Rossi, Reuters)

VATICAN CITY (CNS) — While there had been problems and complaints in the past, the Vatican-owned Bambino Gesu Children’s Hospital was working resolve them, said Cardinal Pietro Parolin, the Vatican secretary of state, who oversees the hospital.

In responding to an investigative report by the Associated Press, the cardinal told the AP July 4 there had been past problems at the hospital, but that the hospital’s current administration, put in place in 2015, was making a “serious effort to resolve them.”

The AP reported July 3 that the Vatican formed a commission in 2014 to study workers’ complaints and concerns about unsafe medical protocols, overcrowding and a culture that emphasized practices that might reap greater revenues.

An external audit by PricewaterhouseCoopers in 2014 determined the hospital’s mission “had been modified in the last few years” by emphasizing expansion and revenues without adequate governance, according to the AP.

In January 2015, the Vatican assembled a team to conduct an announced onsite inspection of the hospital. That team, led by U.S. Sister Carol Keehan — a Daughter of Charity and president and CEO of the Catholic Health Association — determined the commission’s report was unfounded and praised the quality of care at the hospital.

“The sole critical note concerned inadequate space in intensive care units, something hospital officials are aware of and working to improve,” Burke wrote.

He said the church “welcomes any efforts to help improve that care in its hospitals, including reports of practices that might be below standard. No hospital is perfect, but it is false and unjust to suggest that there are serious threats to the health of children at Bambino Gesu.”

Cardinal Parolin told AP that some of the problems reported by former and current hospital staff in 2014 had been “truly unfounded,” but that “there was an attempt, and there is currently an attempt and serious effort to resolve” those problems that had been confirmed.

Meanwhile, the hospital’s president, Mariella Enoc, told the AP July 4 that the climate at the hospital had become “more serene” since she was appointed by Cardinal Parolin in early 2015. She said she was calling for more open communication and urging people to come forward with any problems in order to talk “and not keep it inside and then have it explode.”

Enoc was appointed after the resignation of Giuseppe Profiti, who had been president of the hospital since 2008. He left less than a year into a renewed term right before the January 2015 onsite Vatican inspection of the hospital, amid rumors that a significant amount of money from the foundation supporting the children’s hospital was used to help finance the remodeling of the apartment of former Secretary of State Cardinal Tarcisio Bertone.

Profiti and Massimo Spina, former treasurer of the hospital, were then subjected to a Vatican investigation in connection to the financing case.

In November 2015, Cardinal Parolin put in a new board of advisers at the Bambino Gesu Foundation with a new set of statutes aimed improving the fundraising body’s transparency.

In December 2015, Pope Francis established a special pontifical commission to study entities operating in the name of the Catholic Church in the field of health care. The body, under the guidance of Cardinal Parolin, who also named Enoc as one of its members, aims to study and propose ways to increase efficiencies, improve governance and collaboration, and protect the religious mission and charisms of the clinics, hospitals or institutes.

When Pope Francis met with staff and patients of the Bambino Gesu hospital Dec. 15, 2016, he emphasized how all those working in the field of health care must help their patients and be on guard against falling down the slippery slope of corruption that begins with special favors, tips and bribes.

“The worst cancer in a hospital like this is corruption,” he said. “In this world where there is so much business involved in health care, so many people are tricked by the sickness industry, Bambino Gesu hospital must learn to say no. Yes, we all are sinners. Corrupt, never.”

NEXT: Syriac Christian artist calls paintings of war ‘a cry for help’