Third in a CatholicPhilly.com series, “The Opioid Epidemic: A Catholic Perspective,” on the drug crisis in communities served by the Archdiocese of Philadelphia. Read part one and part two of the series and listen to our podcast on spirituality and recovery plus a podcast on Mother of Mercy House.

As communities throughout the Philadelphia area continue to wrestle with the opioid epidemic, one Bucks County parish has rallied a number of local partners in the fight against addiction.

(Listen to participants discuss the addiction crisis and solutions at the St. Thomas event in a CatholicPhilly.com podcast.) 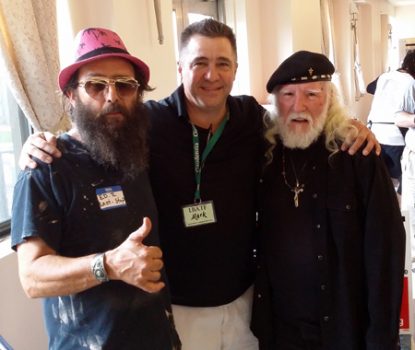 The speakers urged a solution-oriented, comprehensive approach to this complex issue.

“We can sentence drug dealers,” said Boylan, “but we can’t sentence our way out of this problem.”

The event was billed as an “all hands on deck” call to action. Panelists and attendees agreed that a holistic response — one that incorporates prevention, prosecution and treatment — is needed to treat opioid abuse.

Catholic parishes and other faith-based organizations are vital to combating opioid addiction, according to Bucks County District Attorney Matt Weintraub, one of the panelists.

“They represent an incredibly untapped resource, because they have such motivation in any task that they tackle,” he said. “If we can get them to help us, the sky’s the limit.”

Most communities as well as countless families are dealing with an addiction problem that has spiraled out of control in recent years. Deaths due to heroin overdose now surpass those of gun homicides in the United States, according the Centers for Disease Control and Prevention.

A just-released report by the President’s Commission on Combating Drug Addiction and the Opioid Crisis points to CDC data estimating that “142 Americans die every day from a drug overdose. The opioid epidemic we are facing is unparalleled,” the report said.

Judge Boylan echoed Weintraub by encouraging the conference attendees to open their faith communities to those seeking healing from addiction – an evangelization to those in great need.

“We know that recovery is possible,” she said. “How many of you have reached out to somebody in recovery and said, ‘Come with me to my church today?’ It’s a small thing, but not to someone who is walking that road in recovery.” 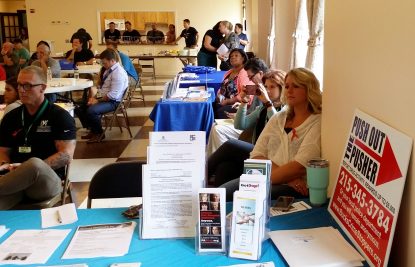 While participants applauded immediate initiatives such as “Push Out the Pusher,” a citizen crime-watch program, many spoke of the need to build lasting relationships for a long-term battle.

Kalbach is part of the Mom Squad, a Bucks County-based support group for parents of addicts. She and her fellow members described how sharing tears and trading notes have enhanced their children’s chances for recovery.

“It makes us stronger,” said Lisa Bumm, who helped to found the 60-member organization in 2015. “I think our kids do much better, because I know if I enable my son (to use drugs), the other moms are going to say, ‘What are you doing?’”

The journey back from the isolation of addiction cannot be undertaken alone, said Bryan Kennedy, owner and CEO of Independence Lodge, a recovery house in lower Bucks County.

Kennedy, who has been sober since 2010, founded the facility to provide others with the sense of community that made his own recovery possible.

“The brotherhood that is created — the accountability and the support — is everything,” he said.

Kennedy’s facility is part of the Bucks County Recovery House Association, which seeks to standardize the often controversial post-treatment centers. Kennedy educates others about the crucial role of recovery houses, and believes his mission is divinely inspired.

“I credit God for this whole thing,” he said. “He basically dragged me and said, ‘Enough is enough.’ He’s by my side, and I’m doing his work.”

Jack, a panelist and volunteer from the Last Stop Recovery House in the Philadelphia’s Kensington section, also attributes his sobriety to divine intervention.

“It’s a spiritual disease first,” he said. “There’s no way I could have stayed clean and sober for 43 years without my Catholic faith.”

Jack believes that sacraments such as the Eucharist and penance are designed to strengthen the faithful for service.

“It’s not just going to church and praying the rosary,” he said. “There has to be action behind it. Who’s my neighbor? The guy who’s down and out. Love him as you love God.”

The addiction awareness event was itself an example of such faith in action.

Kolesar had long been familiar with Bellerby’s work in the recovery movement.

“Bob was instrumental in getting my cousin Jerry sober,” he said. “Jerry was doing prison ministry within three years. When I saw Bob again four years ago, I kept thanking him for that, and we decided to collaborate — because one plus one equals three.”

As they developed their twice-yearly addiction awareness events, Kolesar and Bellerby reached out to an increasing number of stakeholders, including District Attorney Weintraub.

Although Bellerby passed away last year, Kolesar remains committed to carrying on his ministry at St. Thomas Aquinas. 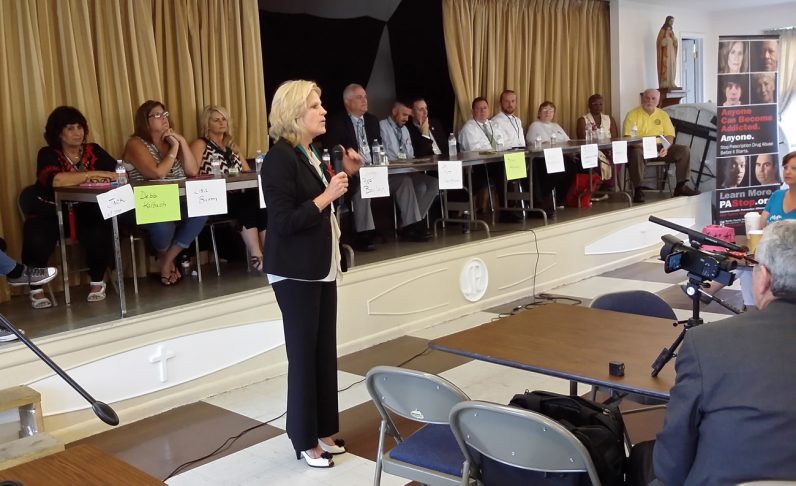 NEXT: Visit to Africa shows local travelers how far their generosity goes