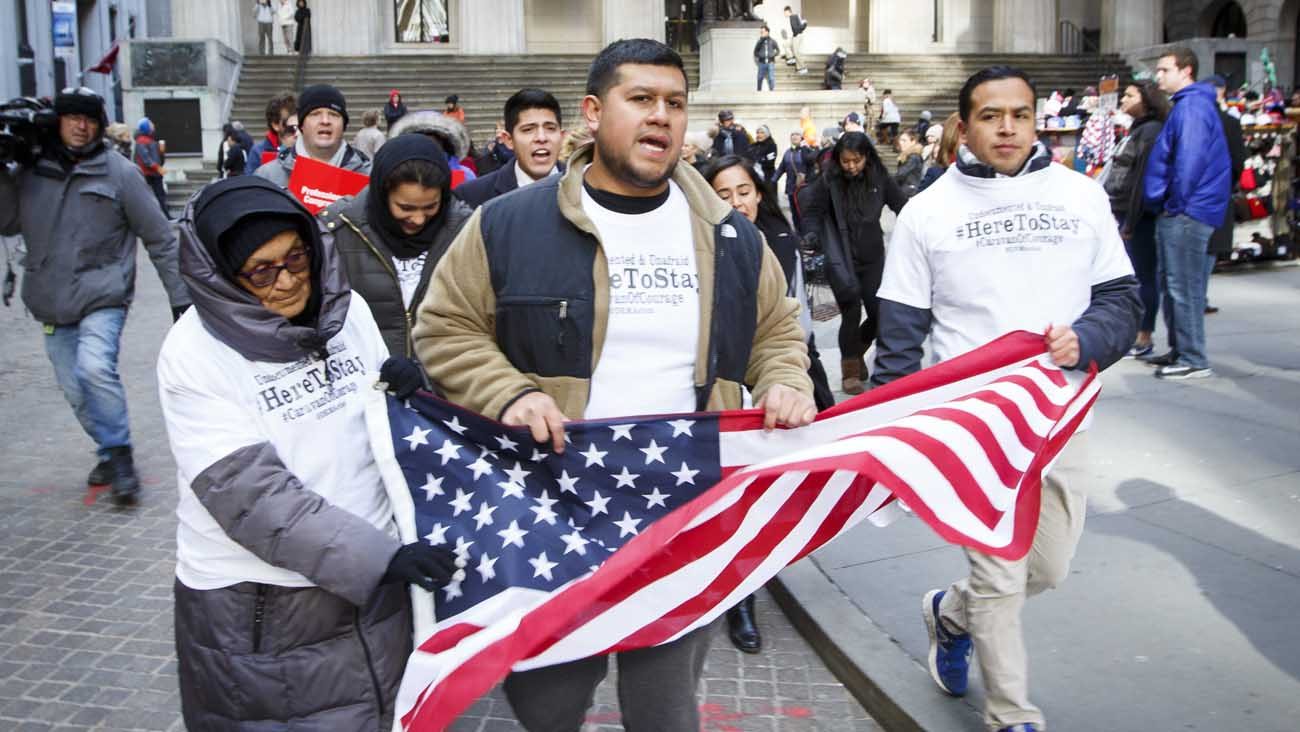 “A decision to end this program would turn our nation’s back on immigrant youth who are seeking to reach their full God-given potential and fulfill the promise of gratefully giving back to the only country most have ever known,” they wrote in a letter to the president sent Aug. 30.

Trump has said he is considering ending DACA, the program created by President Barack Obama that has provided protection from deportation to nearly 800,000 immigrants without documentation who were brought to the United States as children. Ten state attorneys general have threatened to sue the federal government to end the DACA program if the Trump administration does not do so by Sept. 5.

The program offers young people the ability to work, study and participate in their communities if they meet certain criteria, pass a background check and maintain a clean record.

While the fate of DACA recipients, often known as “dreamers,” is held in the balance, Catholic leaders stressed in their letter that the administration’s decision to keep the program going would show “our nation’s spirit of generosity and compassion.”

“We hope and pray that you make the right decision to continue the DACA program for the benefit of not only these amazing youth, but our nation as a whole,” said the letter signed by Bishop Joe S. Vasquez of Austin, Texas, chairman of the bishops’ Migration Committee; Dominican Sister Donna Markham, president and CEO of Catholic Charities USA; and Jeanne Atkinson, executive director of Catholic Legal Immigration Network.

The Catholic leaders stressed that Catholic bishops “have long supported DACA youth and continue to do so,” noting that parishes and a number of Catholic agencies have worked with tens of thousands of DACA recipients “who are so much a part of who we are” as students, military veterans and parish and community leaders.

“Your decision to continue this program would ensure that young people can continue to work, study, and be protected from deportation while Congress debates broader legislative fixes to our broken immigration system,” they wrote.

The letter also stressed that the heart of Catholic social teaching is the “moral obligation to protect the life and dignity of every human being, particularly the most vulnerable, which includes our youth.”

It said the DACA recipients were brought to this country by their parents “whose desire was to provide their children with hope, opportunity, and safety that they could never hope to find in their countries of birth.”

During an Aug. 29 media conference call, Bishop Mark J. Seitz of El Paso, Texas, likened the attorneys general pushing for an end to DACA to “the big bully on the playground not happy already that we’re forcing 11 million people back into the shadows” because of stepped-up federal enforcement against undocumented immigrants.

A group of Catholic leaders on the conference call organized by Faith in Public Life similarly defended the DACA program and urged the president to keep it going.

Patricia McGuire, president of Trinity Washington University, said DACA recipients have been some of the university’s best students. To stop the program, she said, would be “an atrocious rejection of human values.”

Archbishop Jose H. Gomez of Los Angeles and Archbishop Thomas G. Wenski of Miami, are among other church leaders who have called on the White House to maintain the program.