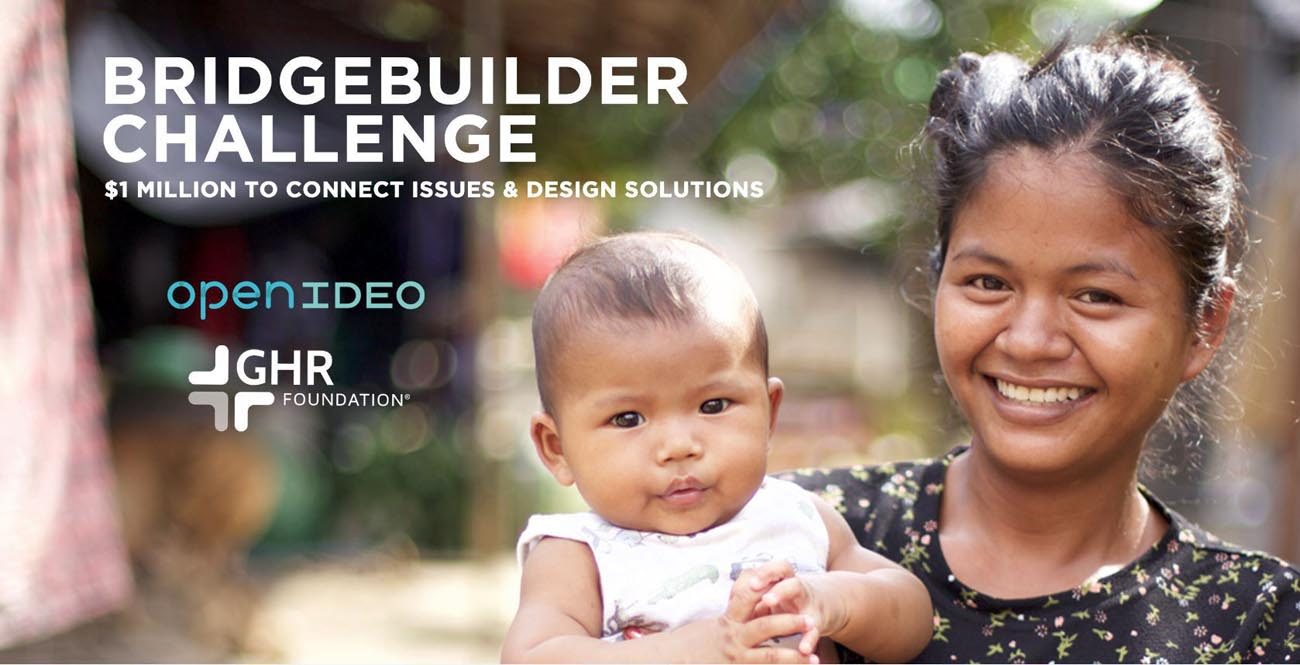 WASHINGTON (CNS) — Salim, a Syrian refugee, flees an unwanted draft into the Syrian army, escaping the potential of having to join the Islamic State or other groups. Leaving behind his friends and family, Salim is left without an income or any form of identification in Lebanon.

Today, Salim is an assistant professor of Arabic in Italy.

The game changer was NaTakallam, a platform that assists refugees in becoming tutors for Arabic learners around the world via Skype. After working as a tutor for over a year and a half, Salim was able to raise enough money to start a new life.

“This is for us a full cycle of the power of the human connection,” said Aline Sara, founder and CEO of NaTakallam, in an interview with Catholic News Service. “He survived. He says NaTakallam was his ticket to the world, and his students adore him.”

NaTakallam is one of five winners of the BridgeBuilder Challenge announced July 31 by the GHR Foundation, founded by a Catholic couple from Minnesota, and OpenIDO, a Web-based global innovation community with chapters worldwide.

The BridgeBuilder Challenge is an inaugural competition of social innovators who will share a $1 million prize and will work with GHR Foundation to continue to advance their ideas, while hoping to fulfill Pope Francis’ “invitation to bridge complex, persistent issues in radically new ways,” according to GHR Foundation’s CEO, Amy Goldman.

“Inspired by the universal call of Pope Francis, our first BridgeBuilder challenge called for ideas that ‘build bridges’ between the areas of peace, prosperity and planet,” Goldman wrote in an email to CNS.

Sara agrees that the pope’s message is carried throughout the BridgeBuilder challenge.

“I think it definitely falls in line with everything the pope has been saying about refugees and solidarity and understanding the other and sharing stories and not rejecting others, but actually helping others and welcoming them,” Sara said.

The four other winning ideas cover a wide variety of outreach:

— Local Youth Corner Cameroon’s initiative to work with young violent offenders through rehabilitation facilities that offer lessons in leadership, as well as vocational and entrepreneurial skills.

— Peace Direct’s efforts to offer peace and protection in Congo through ethical goal mining which offers income to miners.

— BioCarbon Engineering’s spread of drone technology to plant trees in Myanmar, where the environment threatens the forest.

With the prize funds, NaTakallam hopes to further develop its training programs for the refugees as well as bring Arabic and NaTakallam into classroom spaces.

“Instead of just a language lab, you actually engage with NaTakallam and the refugees,” Sara said. “So you learn something in the classroom and you apply it by conversing with refugees over Skype. At the same time, you’re providing the refugees a livelihood and you’re also creating a whole new way to be aware of the refugee crisis.”

GHR Foundation works with partners worldwide to enable opportunities for entrepreneurial growth assisting with development, education and health. Founded by a Catholic couple, Gerald and Henrietta Rauenhorst, the foundation has collaborated with numerous organizations for over 50 years to create innovative solutions for peace worldwide.

“We use design-build philanthropy to fund partnerships and begin implementation before a project plan is fully developed,” Goldman wrote. “This early action creates space for our partners to learn and adjust.”

Working with organizations in closest proximity to issues allows for solutions that meet the needs of the community, according to Goldman.

GHR has partnerships with Catholic religious sisters around the world, in addition to Catholic school initiatives, most recently with Ascension Catholic Academy in Minnesota, a “new governance model that centralizes the back-office of three urban Catholic schools in the Twin Cities and provides resources to close the achievement gap,” according to Goldman.

“Using the fluid, beneficiary-focused process of design-build philanthropy, we co-developed the concept and facilitated logistics to ensure the most promising outcomes for students,” Goldman wrote. “Already, this new model is showing promising results, and we look forward to watching the school and its students grow.”

As many of the winners of the BridgeBuilder challenge are startup groups, Sara said she noticed how many of the groups can collaborate, hopefully making a bigger impact on humanity.

“It’s really fun and exciting to see such diversity and exciting, innovative projects that you think we never would have thought of and that are so different from the traditional,” Sara said. “I really think that our team really looks forward to engaging and working with one another. … The peer learning is really powerful.”

In the coming months, the GHR Foundation said it plans to bring together the five winners as a way to continue to share ideas that will impact humanity.

NEXT: Upcoming eclipse a sign of end times? Hardly so, Wisconsin priest says