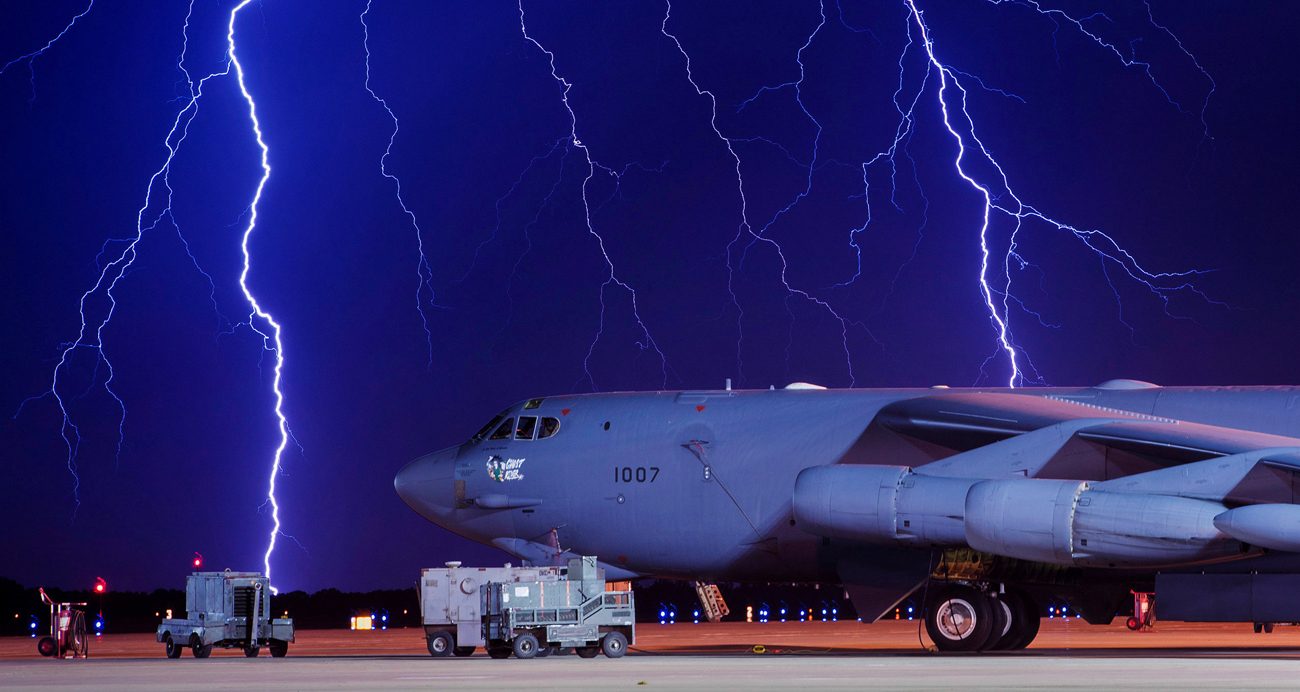 Lightning strikes near Minot Air Force Base in Minot, North Dakota, Aug. 8. The Pentagon has put all U.S. military installations on alert in the wake of North Korea's threats about using missiles. (CNS photo/U.S. Air Force handout via Reuters)

WASHINGTON (CNS) — The just-war criteria that would justify armed conflict with North Korea over its nuclear testing and threats to launch missiles have not been met, said ethicists interviewed by Catholic News Service.

Those criteria include right intention, last resort and proportionality.

“Preventive war in North Korea would be morally unjustifiable,” said Gerard Powers, director of Catholic Peacebuilding Studies at the University of Notre Dame’s Kroc Institute for International Peace Studies. “That’s what the Trump administration is proposing — the preventive use of military force.

“As it was in Iraq, it is a major departure from international legal norms and ethics, and accepted ethical norms on the use of force,” he added. “Bellicose rantings by North Korea, or anyone else, don’t constitute just cause for the use of force.”

“Preventive was is a war of aggression. The possible use of nuclear weapons takes it to a whole new order of magnitude,” Powers continued. “The U.S. bishops have said for many years that nuclear war is morally impermissible. The Second Vatican Council said the destruction of whole cities, which is what would happen in a nuclear war, was a full condemnation. … That’s what would be inevitable if there were to be a nuclear war with North Korea.

“So a nuclear war would be morally reprehensible. Period.”

“If you look at the criteria of the (just-war) principles, there has to be just cause and the right intention. There has to be proportionality. We’re talking about going to war,” said Necla Tschirgi, a professor of human security and peacebuilding, at the University of San Diego.

“President (Donald) Trump has been threatening North Korea with extermination on the grounds that they have nuclear weapons,” Tschirgi added. “There’s a question of proportionality, a question of last resort, the criteria of probability of success, proper authority — and all of these things are really to be questioned very closely where we are in relationship with North Korea at this point in time.”

In the Catechism of the Catholic Church, there are four conditions for a war to be just, all of which must be met: The damage inflicted by the aggressor on the nation or community of nations must be lasting, grave and certain; all other means of putting an end to it must have been shown to be impractical or ineffective; there must be serious prospects of success; and the use of arms must not produce evils and disorders greater than the evil to be eliminated.

Tschirgi said the Vatican is currently considering whether any war can be considered just, given the power of modern weapons of war, such as the nuclear missiles at issue with North Korea.

“North Korea has nuclear capabilities,” Tschirgi told CNS. “Many administrations have been dealing with this problem through different strategies.”

Those strategies have been met with limited success. Western nations have complained that North Korea is unpredictable, but North Korea expert Andrew Yeo, an associate professor of politics at The Catholic University of America in Washington, said North Korea’s mindset is not that of other nations.

That, according to Yeo, can be traced to the Korean War of the early 1950s. North Korea signed the armistice to end the war, but South Korea refused, lest it be seen as legitimizing the North Korean government. South Korea hopes for a reunified Korea, which is opposite of the intent of the ruling Kim family of North Korea; Kim Jong Un has headed the north since the death five years ago of his father, Kim Jong Il.

North Korea embraces an “us against the world” mentality that makes it look askance at most foreign aid. Even the 1994-98 famine didn’t result in an opening to other nations, but Kim Jong Il allowed his countrymen to grow crops on their land to sell at strictly regulated markets.

Since pay for all jobs in North Korea is severely stratified and pretty much frozen in place, lower-income Koreans put in less effort at their state-given jobs and more in their entrepreneurial endeavors. Yeo said.

“Their rationale is to survive and the best way to do that is through nuclear weapons,” he added about the country’s leaders. Engagement doesn’t work “because usually the assumptions in the past are if you engage with North Korea you start with a freeze and you get North Korea to halt its nuclear tests. Over time you might be able to reward North Korea with economic aid or humanitarian assistance.”

Until now, though, Yeo said, no one has been able to convince North Korea that “there’s a better way forward than being a nuclear pariah state.”

Still, said Joseph Capizzi, a professor of moral theology at Catholic University, “we’re not at the situation where we’ve exhausted diplomacy, which seems to be gaining some traction. The Chinese are interested in exerting diplomatic force. North Korea seems to be backing away from its mention of Guam” as a target for one of its nuclear missiles.

“The (just-war) criterion we’re thinking through here is last resort,” Capizzi said. “Are we at last resort where the only means is military means? No.”

Since it has been 72 years since the only nuclear weapons were ever deployed in warfare, most people in the world have little idea of the destruction such a bomb would wreak.

“On the other hand,” Capizzi said, “there are people in North Korea, South Korea and parts of Vietnam who lived through the experience of civilian bombing that was associated with those campaigns, that it was similar enough that it would be in their memories and provoke significant anxiety about any contest between the United States and North Korea.

“That’s a very important factor that looms in the background about the force, or threat of force, either by North Korea or the United States.” 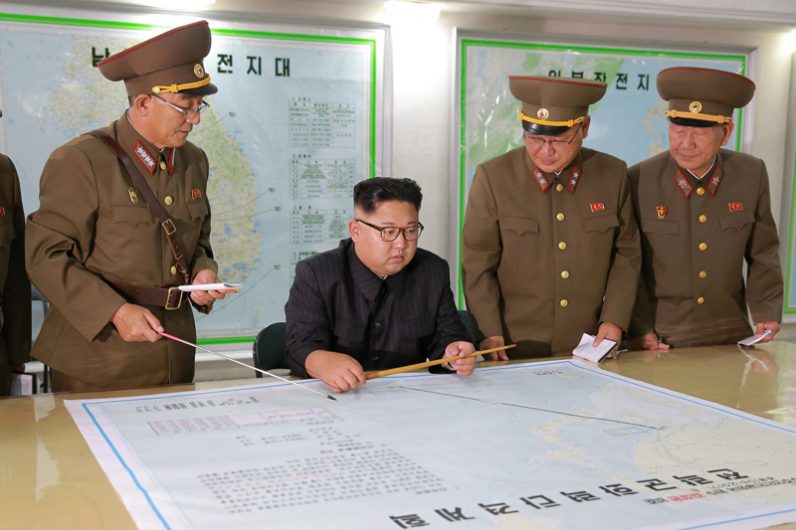 NEXT: Report: Icelanders with Down syndrome ‘disappearing’