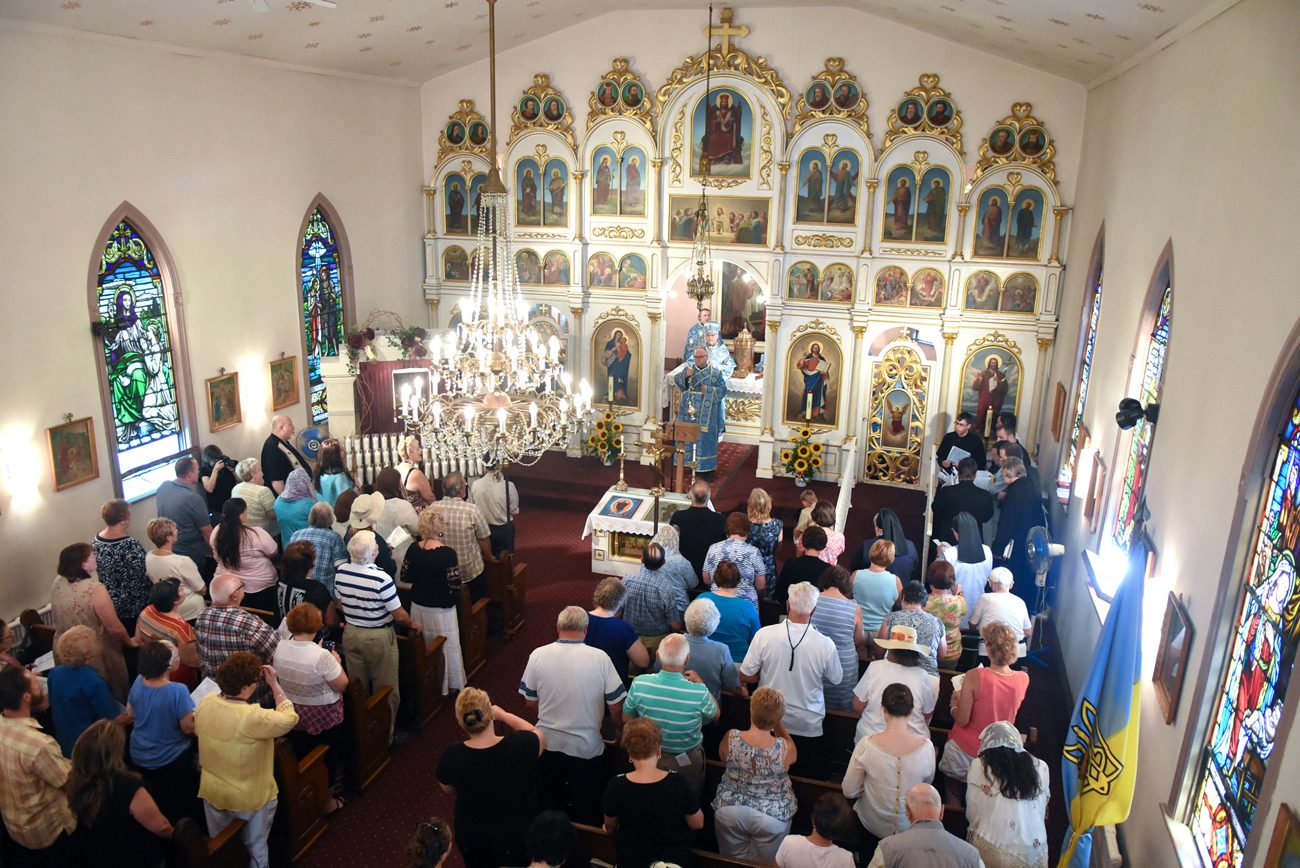 The town is a memory, but the church still serves a thriving parish family, with congregants driving to the hilltop on Sundays and holy days from communities throughout the area.

The church and the grounds surrounding it will be the site of the Ukrainian Catholic Archeparchy of Philadelphia’s holy pilgrimage Aug. 27, the eve of the feast of the Dormition of the Holy Mother of God.

The pilgrimage begins at noon with the celebration of the Divine Liturgy with Archbishop Stefan Soroka, head of the Philadelphia archeparchy and the metropolitan of U.S. Ukrainian Catholics in the United States. The homilist will be Father John M. Fields, an archpriest of the archeparchy.

After the Divine Liturgy, a procession will take place from the church with a replica of the Icon of Our Lady of Pochaiv, where it will be placed in the outside chapel.

The town of Centralia was destroyed by an underground mine fire, which began in 1962 and resulted in the relocation of almost all the residents and the demolition of all but a few buildings. But Assumption Church, capped with its three onion-shaped blue domes, remains on the hilltop, the same as when the first services were held there in 1912. The parish was founded Aug. 15, 1911. 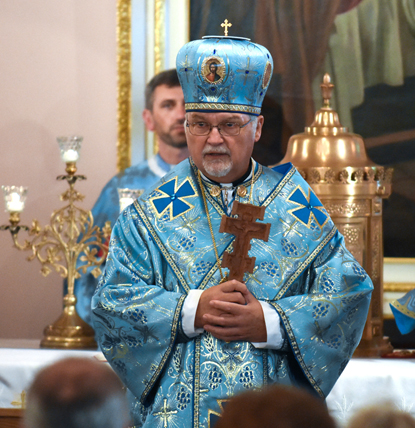 On Aug. 28, 2011, Archbishop Soroka was the main celebrant and homilist when the parish celebrated the centennial of its founding.

“The main thing is that I want you to hear beyond the words,” the archbishop told the congregation. “This church is standing after 100 years, despite the mine fire and the town leaving, to deliver a message to the world: We are to be like your namesake, the Mother of God, to be servants to others.”

“After 100 years, you are all doing the work the founders of the church wanted to do as well, you are giving service to others, coming together in hard times and good,” he said.

During his historic visit in November 2015, Major Archbishop Sviatoslav Shevchuk of Kiev-Halych, Ukraine, the leader of more than 5 million Ukrainian Catholics around the globe, marveled at the continuing presence of the church in Centralia.

He also noted how this coal region parish fostered the vocations of four priests and three religious sisters.

As a result of his visit and with Archbishop Soroka’s encouragement, the place was designated a holy site of pilgrimage.

Archbishop Sviatoslav “felt a sense of true holiness which pervades the entire church property,” said an announcement about the upcoming pilgrimage. “His desire is for all people of faith to come and experience this holiness, sanctity and serenity as pilgrims to this holy place on the mountain.”

The first pilgrimage took place in 2016 and Father Michael Hutsko, Assumption’s pastor, has invited all people of faith to join with Archbishop Soroka and clergy for a day of prayer and spiritual blessings Aug. 27.

In the afternoon after the Divine Liturgy, an opportunity for confession will be available for the pilgrims at various locations throughout the church grounds. A 2 p.m. living rosary will be prayed before the historic and jeweled 18th-century copy of the Icon of Our Lady of Pochaiv.

Conventual Franciscan Father Martin Kobos, pastor of Mother Cabrini Church in Shamokin, will provide a reflection at the conclusion of the rosary. The icon and relics of Blessed Mykolay Charnetsky (1884-1959) will reside in the church for veneration throughout the day. The Redemptorist priest was martyred for the faith.

At 4:30 p.m., pilgrims will gather at Assumption’s outdoor chapel for a candlelight procession to the church for the celebration of a “moleben,” or service of supplication, to Mary, with Archbishop Soroka as the main celebrant and homilist. At the service’s conclusion, there will be prayers for healing and anointing with holy oils “for the healing of soul and body.”