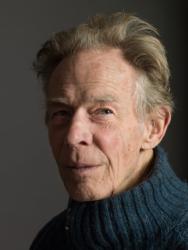 Cardinal Willem Eijk of Utrecht, Netherlands, said psychiatrist Boudewijn Chabot was right to complain that doctors were now ignoring legal requirements that a patient requesting death should be “suffering unbearably and without prospect.”

Writing in the NRC Handelsblad daily, Chabot, a pioneer of the Dutch euthanasia law, said he fully favored “self-determination” and was unconcerned about the increase in euthanasia deaths. However, he added that he was alarmed by euthanasia’s extension to psychiatric patients, as well as to dementia sufferers, 141 of whom were killed in 2016, compared to just 12 in 2009.

In an Aug. 1 statement to Catholic News Service, Cardinal Eijk, who heads the Dutch bishops’ medical ethics commission, said, “Chabot is now complaining about a development he himself initiated.”

“Of course, it’s good to read that an initiator and early advocate of euthanasia and assisted suicide is now concerned,” the cardinal said. “But the Dutch bishops’ conference has warned from the beginning against violating the intrinsic dignity of human life through euthanasia or assisted suicide, because it is never ever allowable to violate intrinsic values, and because in doing so you put yourself on a slippery slope.

“But was it not naive, when he started this in the 1990s, to suppose that ending life for psychiatric disorders would remain limited to a few cases only?” the cardinal asked.

The Netherlands became the world’s first country to legalize euthanasia and assisted suicide in 2002 and has since witnessed a rapid increase in related deaths, with 20 now occurring daily, according to a May report by the Regional Euthanasia Commission.

The report said 6,672 euthanasia deaths had been registered in 2015, compared to just 150 from assisted suicide, while 431 patients had been killed without explicit consent.

“When one breaks the principle that human life is an essential value, one steps on the slippery slope,” the cardinal added. “Dutch experiences teach that we will be confronted time and again with the question whether the ending of life shouldn’t also be possible with less serious forms of suffering.”

In a landmark case in the early 1990s, Chabot was found criminally guilty, but spared punishment, for assisting the suicide of a 50-year-old healthy woman suffering “existential distress.”

However, in a January 2017 petition, he and 200 other Dutch doctors warned that legal protections were “slowly breaking down,” with many dementia and psychiatric patients being killed “without actual oral consent.”

In his NRC Handelsblad article, Chabot accused the official Euthanasia Commission of concealing that “incapacitated people were surreptitiously killed,” and said “executions” were now occurring.

In his statement, Cardinal Eijk said “ending life without consent” had been made possible by the 2004 Groningen Protocol, which allows handicapped newborns with conditions such as spina bifida to be killed because of “their perceived future suffering, or that of their parents.”

He said a new assisted suicide bill, introduced in 2016, would allow healthy people suffering nonmedical conditions such as “loneliness, bereavement, limited mobility and decline from old age” to be helped to die by a nonprofessional “assistant-in-suicide.”

“Our answer to suffering should not be to offer euthanasia or assisted suicide, but adequate, professional and loving palliative care — of which, from a Christian perspective, pastoral care is an indispensable part,” Cardinal Eijk said.

“When people suffer unbearably and without prospect from loneliness, a frequent problem in today’s present hyper-individualist culture, we should try to change that culture instead of offering suicide to healthy people,” he said.

Euthanasia and assisted suicide are also legal in neighboring Belgium and Luxembourg and are deemed “nonpunishable” in Switzerland. Polls suggest most Europeans favor euthanasia laws with safeguards.

NEXT: Quebec bishop gets Vatican OK for nun to officiate at wedding