Integral ecology: Care for creation means caring for the poor 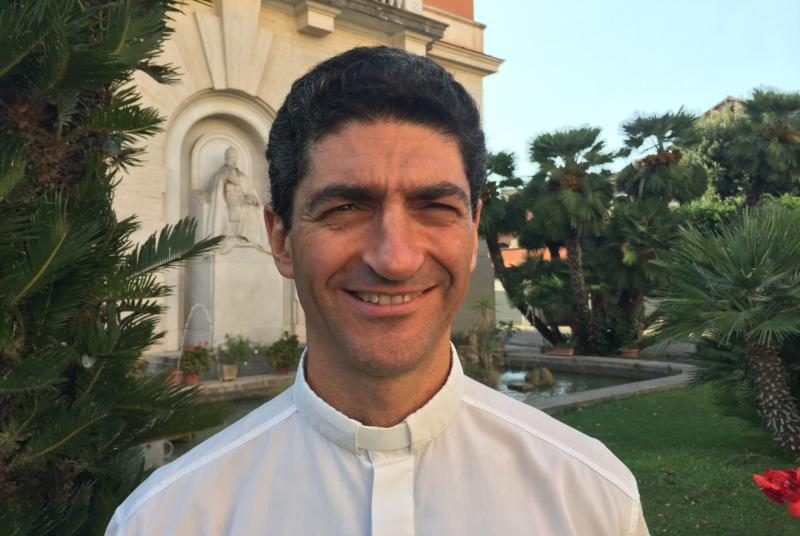 Father Augusto Zampini Davies, a priest from Argentina, works at the Vatican Dicastery for Promoting Integral Human Development, where he focuses on “integral ecology,” which includes development, the environment and spirituality. (CNS photo/Cindy Wooden)

VATICAN CITY (CNS) — Catholic social teaching has developed over the past century as new problems — human, social, economic and environmental — come clearer into focus and call out for a faith-based response.

Pope Francis’ contribution, with his encyclical, “Laudato Si’, on Care for Our Common Home,” is to emphasize just how closely entwined those problems are.

One of the biggest challenges of Pope Francis’ approach is a spiritual one, the Argentine priest said. It involves conversion.

The poor are impacted most by climate change, yet they have done the least to contribute to it, he said. “We must convert and change our lifestyles and help others cope with the climate change we’ve caused.”

People in wealthy countries may think they are “ecologically friendly” because they recycle and “like trees and gardening,” he said, “but the way we produce, trade, consume and waste” is not offset by separating plastic from paper.

In addition, wealthy countries “have the resources to mitigate the effects of climate change,” for example, in building infrastructure to control flooding and providing emergency relief to victims of natural disasters and drought. But in poor countries, thousands of people die in floods and tens of thousands are forced to migrate because of drought and famine.

“If you cannot grow your crops and feed your children, who wouldn’t migrate?” he asked.

In richer countries, the conversion Pope Francis is calling for includes learning to face fear with a Gospel-based attitude toward others and toward future generations, the priest said.

The connections between environmental damage, the global economy and migration are clear, he said. And so are the motives underlying reactions like climate-change denial, isolationism and anti-migrant sentiments.

“What Pope Francis does is say, ‘OK, here are the symptoms, let’s find the roots,'” Father Zampini Davies said. “The roots are the same: selfishness or indifference or greed or this mentality of thinking that if I have more I will be more important.”

In many ways, he said, fear appears to be spreading among people in the wealthiest nations, and “politicians play on people’s fears. If I feel I am not benefiting from the global economy and I live in a democracy, I will vote for someone who says they will get us out of that.”

Christians can find in their faith a healthy way to handle their fears, he said, “because we have a different approach to the quality of life, to what it means to have a better life, because our understanding of life is relational and our understanding of redemption and salvation is that it is for all of creation.”

Transforming the former Pontifical Council for Justice and Peace into the Dicastery for Promoting Integral Human Development, Pope Francis specified that the office is an expression of the church’s “concern for issues of justice and peace, including those related to migration, health, charitable works and the care of creation.”

In other words, for Pope Francis, all those issues together are key components of “integral human development.”

Father Zampini Davies, a priest of the Diocese of San Isidro, Argentina, is one of the newest officials at the dicastery. He moved to Rome from London where he spent the last four years serving as a theological adviser to CAFOD, the official aid agency of the bishops of England and Wales.

His focus is “integral ecology,” which includes development, the environment and spirituality.

For many of the development models, he said, environmental degradation was accepted as collateral damage in the drive to increase production and consumption, thereby raising GDPs.

Now it is clear to scientists, economists, development experts and theologians that care for the environment and reducing the factors that contribute to climate change are essential for making development sustainable and truly caring for the poor, Father Zampini Davies said.

PREVIOUS: St. Rose of Lima grew as a ‘lily among thorns,’ pope says