St. Rose of Lima grew as a ‘lily among thorns,’ pope says 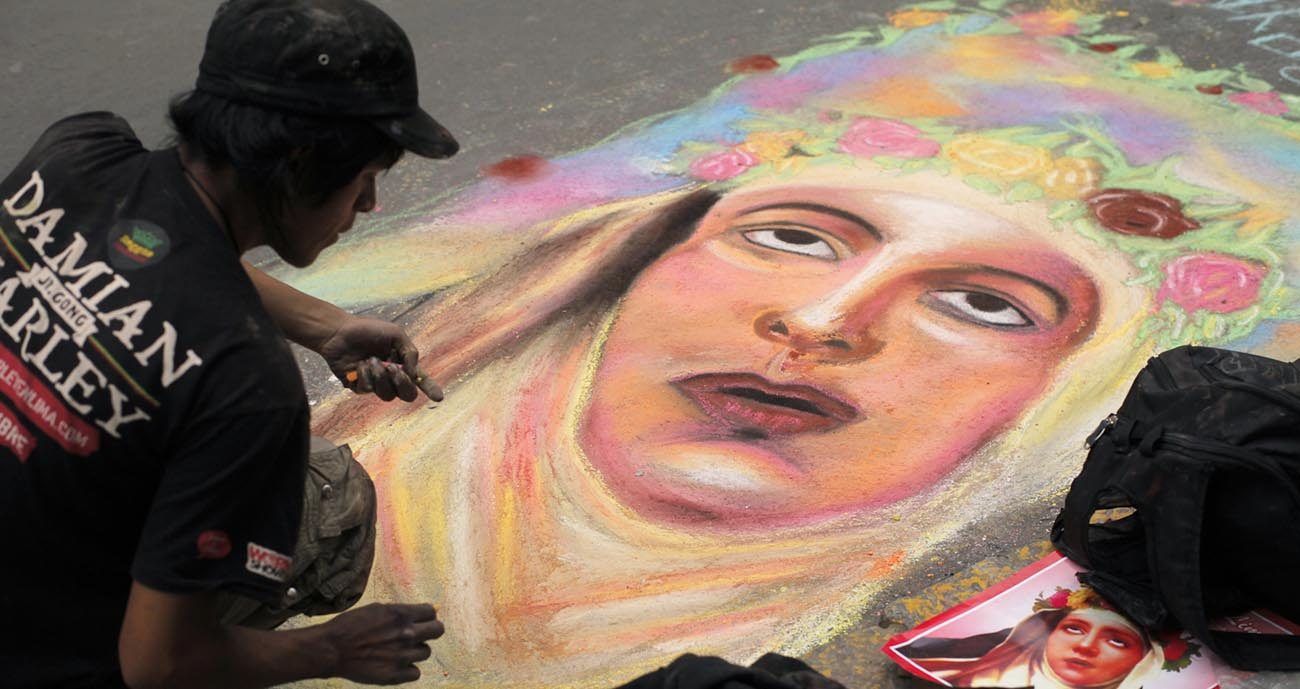 A man draws an image of St. Rose of Lima in chalk on a street in 2012 in Lima, Peru. In a letter marking the 400th anniversary of the Peruvian saint's death, the pope praised St. Rose's love for all creation. (CNS photo/Jorge Luis Baca, Reuters)

VATICAN CITY (CNS) — Like other great women in the Catholic Church’s past, St. Rose of Lima dedicated her life to marginalized people and gained eternal life through prayer and penance, Pope Francis said.

In a letter marking the 400th anniversary of the Peruvian saint’s death, the pope praised St. Rose’s love for all creation, which can be seen in her “frequently inviting animals, flowers, plants and every living being to praise the Creator.”

“The most glorious St. Rose of Lima, who grew as a lily among thorns became friends with the Lord from childhood to the point that from a young age she consecrated her virginity to him and began to cultivate virtues,” he said.

Pope Francis addressed his letter to Ecuadoran Cardinal Raul Eduardo Vela, retired archbishop of Quito, who was the pope’s special envoy to the celebrations Aug. 30 in Peru.

Cardinal Vela read the letter to thousands of pilgrims attending the anniversary celebrations in the Peruvian capital’s main square.

Born in the 17th century, St. Rose of Lima dedicated her life caring for the sick and the poor.

Known and venerated throughout Latin America, Pope Clement X canonized her in 1671, making her the first saint from the Americas. She is the patroness of Peru, the Americas and the patron saint of nurses and police officers.

Pope Francis asked Cardinal Vela to “exhort the people gathered to a fervent devotion to St. Rose of Lima so that she might obtain from God many favors for the good of the entire Archdiocese of Lima, as well as for all men and women in the regions of Peru and in the whole world.”

NEXT: Integral ecology: Care for creation means caring for the poor