Pope offers prayers for victims of flooding in Texas, Louisiana 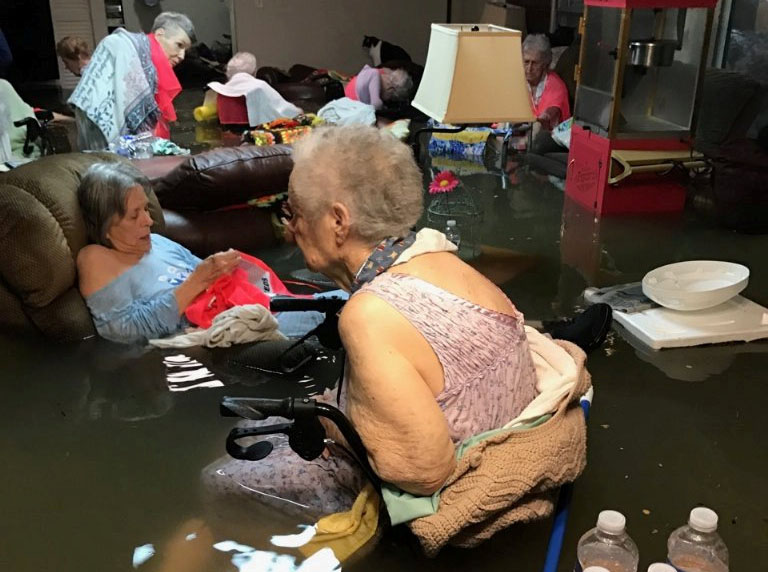 VATICAN CITY (CNS) — Pope Francis offered his prayers for the people of Texas and Louisiana struggling to cope with the devastating impact of Hurricane Harvey and he praised all those engaged in rescuing and caring for the thousands of people forced out of their homes.

In a message to Cardinal Daniel N. DiNardo of Galveston-Houston, Pope Francis asked that his “spiritual closeness and pastoral concern” be relayed to all those affected by the hurricane and flooding.

The message was sent by Cardinal Pietro Parolin, Vatican secretary of state, and released by the Vatican Aug. 31.

“Deeply moved by the tragic loss of life and the immense material devastation that this natural catastrophe has left in its wake, he prays for the victims and their families, and for all those engaged in the vital work of relief, recovery and rebuilding,” Cardinal Parolin said.

Pope Francis, he said, “trusts that the immense and immediate needs of so many individuals and communities will continue to inspire a vast outpouring of solidarity and mutual aid in the best traditions of the nation.”

NEXT: St. Rose of Lima grew as a ‘lily among thorns,’ pope says