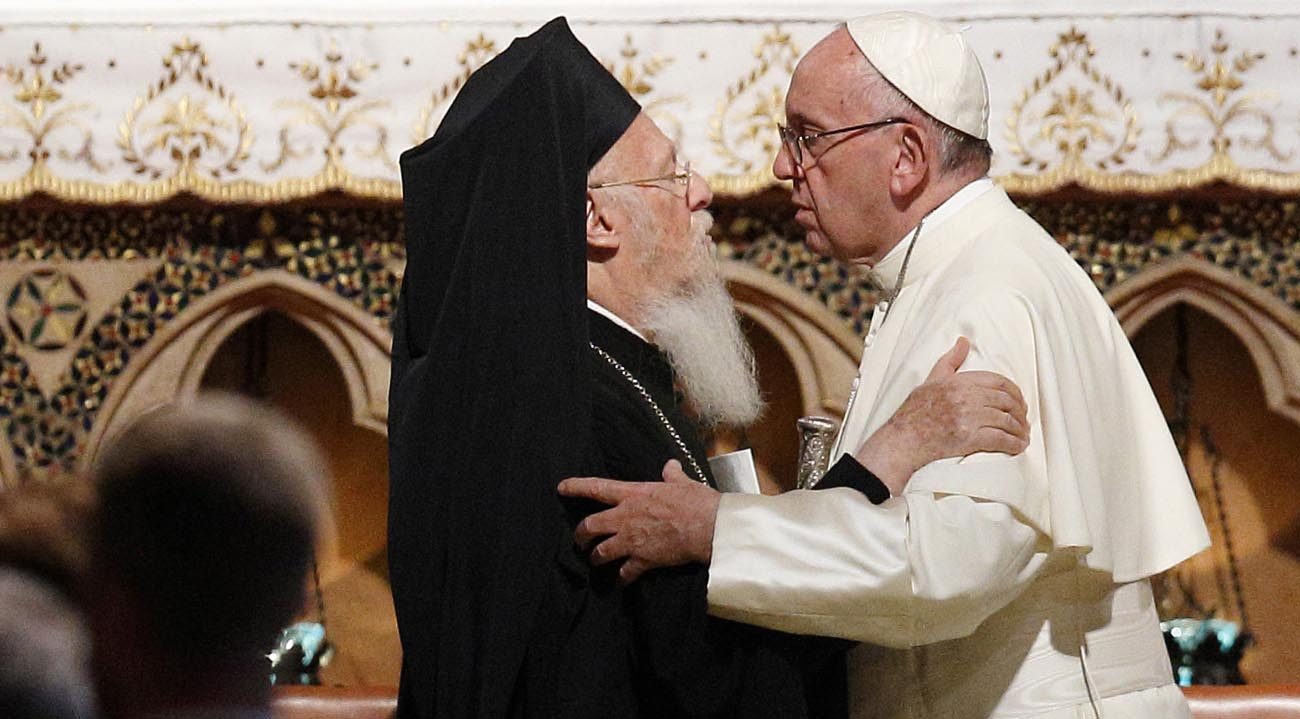 Pope Francis embraces Ecumenical Patriarch Bartholomew of Constantinople during an ecumenical prayer service with religious leaders in 2016 at the Basilica of St. Francis in Assisi, Italy. Together with the head of the Orthodox Church, Pope Francis urged people to be respectful and responsible toward creation while being aware of how disrupted ecosystems impact the poor. (CNS photo/Paul Haring)

VATICAN CITY (CNS) — Together with the head of the Orthodox Church, Pope Francis urged people to be respectful and responsible toward creation while being aware of how disrupted ecosystems impact the poor.

To mark the World Day of Prayer for the Care of Creation Sept. 1, the pope said he and Ecumenical Patriarch Bartholomew of Constantinople “prepared a message together.”

Although the text was not published immediately, Pope Francis told people at his general audience Aug. 30 that the message would be an invitation to all people “to adopt a respectful and responsible approach toward creation.”

“Furthermore,” he said, “we appeal to those who hold an influential role to listen to the cry of the earth and the cry of the poor, who suffer more because of ecological imbalances.”

Pope Francis instituted the world day of prayer for the Catholic Church in 2015, joining with the ecumenical patriarchate, who has observed the Sept. 1 day of prayer since 1989.

The annual World Day of Prayer for the Care of Creation, Pope Francis said when he instituted it, is to be a time for individuals and communities to “reaffirm their personal vocation to be stewards of creation, to thank God for the wonderful handiwork which he has entrusted to our care, and to implore his help for the protection of creation as well as his pardon for the sins committed against the world in which we live.”

If Christians are to make their special contribution to safeguarding creation, they must rediscover the spiritual foundations of their approach to what exists on earth, beginning with an acknowledgment that “the life of the spirit is not dissociated from the body or from nature,” but lived in communion with all worldly realities, he had said.

PREVIOUS: In Chile, women in crisis turn to Catholic foundation for help