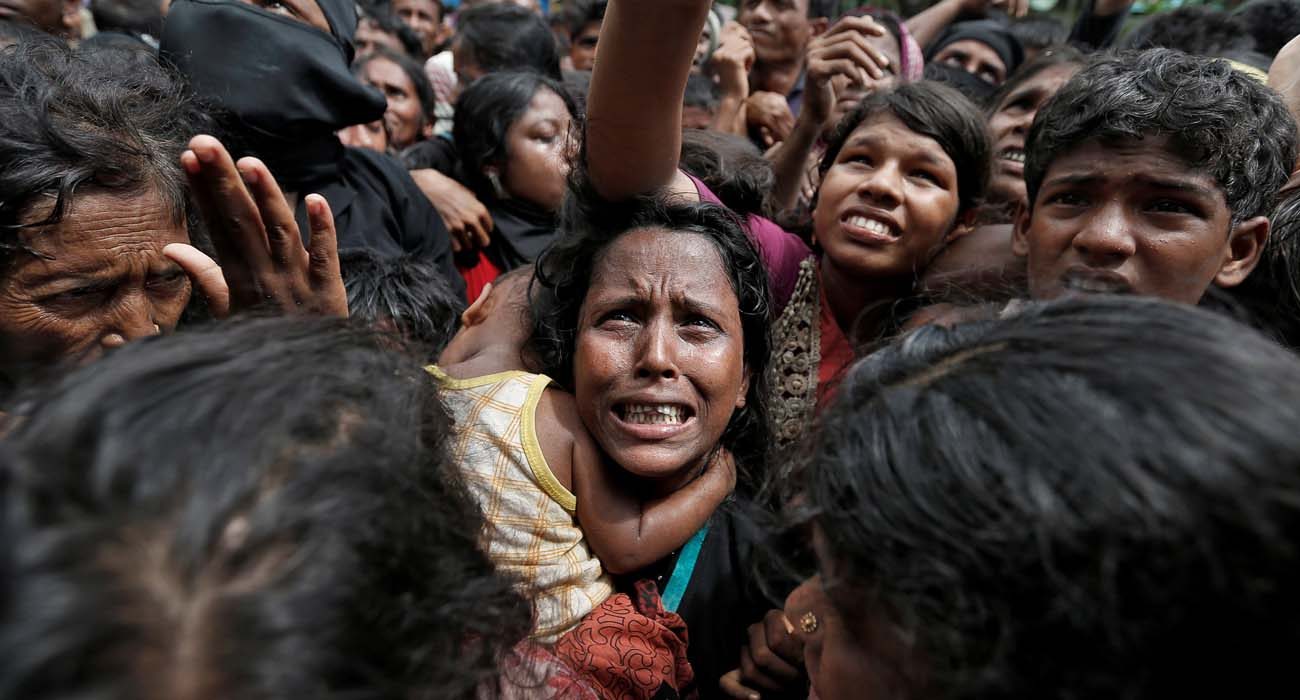 WASHINGTON (CNS) — A prominent bishop has called on the U.S. government to provide humanitarian assistance to the Rohingya Muslims who have fled Myanmar while under attack.

Bishop Oscar Cantu of Las Cruces, New Mexico, chairman of the U.S. Conference of Catholic Bishops’ Committee on International Justice and Peace, urged the administration Sept. 22 to aid Rohingya and the countries providing refuge to them, saying those fleeing the ethnic violence have “experienced so much suffering and pain over decades.”

His letter was the latest in Catholic leaders’ appeals to help the Rohingya, who have fled a military crackdown in Myanmar’s Rakhine state. The crackdown followed the Aug. 25 attacks by Rohingya insurgents on 30 security checkpoints.

Ucanews.com reports the number of Rohingya Muslims fleeing to Bangladesh from persecution in Myanmar has slowed but could still be as high as half a million, even as reports suggest Muslim villages in northern Rakhine were burning as late as Sept. 21. Officially, about 430,000 Rohingya have entered Bangladesh since the military crackdown.

Bishop Cantu’s letter to Rear Adm. Garry E. Hall, special assistant for international organizations and alliances at the National Security Council, also appealed for “durable solutions and protections to address the growing Rohingya crisis” and the possible resettlement of some non-Rohingya refugees for whom relocation is “the most viable solution.”

The situation of the Rohingya in Myanmar was “complicated by long-standing ethnic divisions in a country where the military still exercises significant influence over governance and the economy,” Bishop Cantu wrote.

He asked that the U.S. government “use its influence to promote a resolution to the long-standing conflicts in Burma (Myanmar) that have led to such violations of human rights of these minorities.”

The U.S. response to the crisis has implications for the American cooperation across the Muslim world in addressing violent extremism, because several Muslim nations are rallying support for the Rohingya, the letter said.

Bishop Cantu noted that Pope Francis, who will visit Myanmar and Bangladesh in late November and early December, addressed the “persecution of our Rohingya brothers and sisters,” praying that God inspire the “men and women of goodwill to help them.”

Bishop Cantu noted that Cardinal Charles Bo of Yangon, Myanmar, has called the persecution of Rohingya in Rakhine “an appalling scar on the conscience” of the country. “He has asked for full and independent investigations into allegations of ‘ethnic cleansing,’ not only of the Rohingya but also of other minorities in Kachin and Shan states and throughout Burma. He has advocated for religious leaders to work together to stem the violence that is being perpetrated in the name of religion,” Bishop Cantu said.

Other Catholic leaders also have spoke on behalf of the refugees.

George Marlin, chairman of Aid to the Church in Need-USA, an international papal charity that supports persecuted and suffering Christians around the world, noted that Zeid Ra’ad Al Hussein, U.N. high commissioner for human rights, has labeled what is happening to the Rohingya “textbook ethnic cleansing.”

“Who will take care of them? Who will ensure the future of their culture, their faith, their very existence?” Marlin asked, adding that “those questions should be burning in the hearts of Christians the world over.”

In Hong Kong, Father Kevin O’Neill, superior general of the Columban Fathers, said his community rejects persecution of any community regardless of religion, race, or ethnic identity.

“We urge an end to the violence and violation of human rights of the Rohingya people and hope for their peaceful return to their homes in the Rakhine state of Myanmar/Burma,” he said.

He urged the government of Myanmar to allow assistance into those who remain in Rakhine.

“We support the Caritas Internationalis campaign for refugees and migrants, ‘Share the Journey,’ which launches Sept. 27 … and hope that it will contribute to a global response of support for the Muslim minorities forced to flee Myanmar/Burma due to violence and persecution,” Father O’Neill said in a statement.

Columbans work in Myanmar as well as Pakistan, home to one of the largest populations of Rohingya outside Myanmar. Father O’Neill noted that Catholic leaders in Pakistan also have spoken out for an end to violence in Rakhine state.

NEXT: After repeated pinnings, Senate goes to the mat again on ACA repeal