Bishops pray for ‘safety, care’ of all hit hard by two massive hurricanes 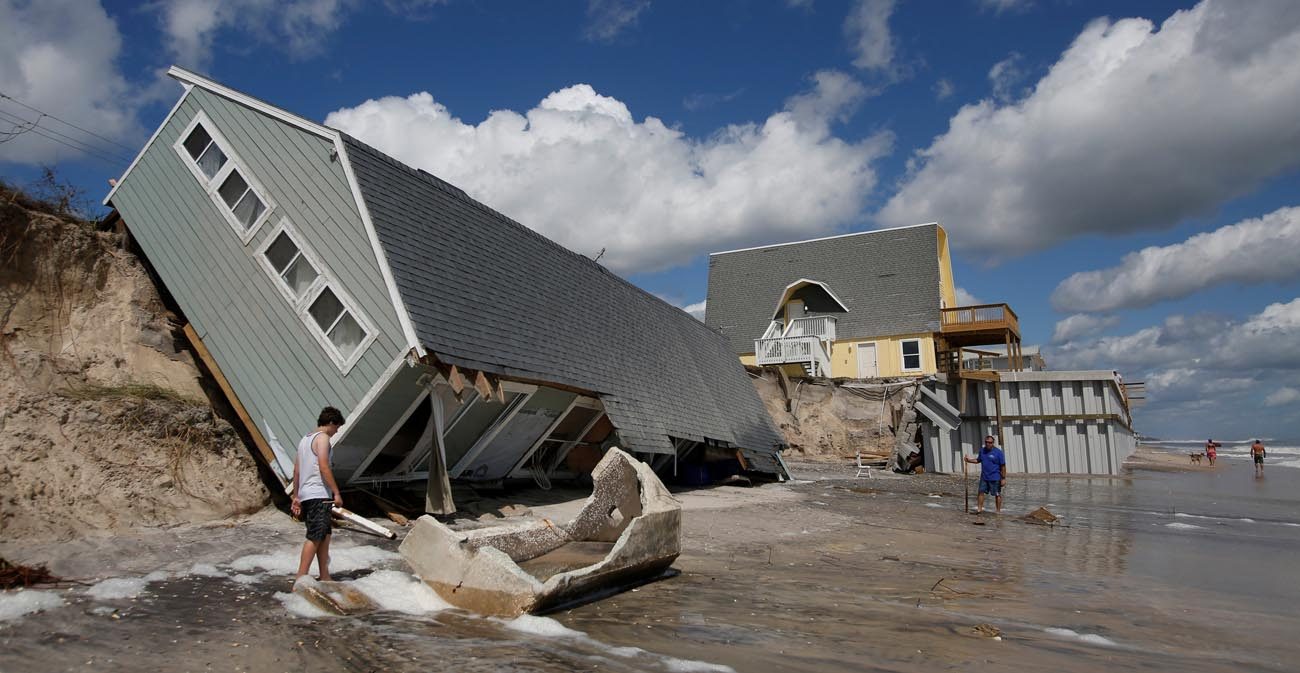 WASHINGTON (CNS) — The U.S. bishops’ Executive Committee Sept. 12 prayed for “the safety and care of human life” after two catastrophic hurricanes and urged Catholics around the country to offer their prayers as well as financial support and volunteer help as they can.

“The massive scale of the dual disasters and the effect it has on communities, families and individuals cannot be fully comprehended or adequately addressed in the immediate aftermath of the storms,” the statement said, noting that “lives and livelihoods” were “still at risk in Texas, Florida, the Virgin Islands and throughout the Caribbean.”

Irma dwindled to a tropical storm as it neared the Florida-Georgia line early Sept. 11 and was forecast to die out over southern states later in the week. Officials in Florida and across the Caribbean, meanwhile, started to dig out and evaluate the full scope of the disaster Irma left behind. As of Sept. 13, at least 37 people died in the Caribbean and there were at least 19 deaths in the United States.

More than a week earlier, Hurricane Harvey wreaked havoc on Houston and southern Texas Aug. 25-30. In a four-day period, many areas received more than 40 inches of rain. Flooding inundated hundreds of thousands of homes, displaced more than 30,000 people, and prompted more than 17,000 rescues. The death toll from that storm stood at 70.

“At this time of initial recovery, we mourn the loss of life, homes and other property, and the harm to the natural environment, and we pray for all those affected and in need of assistance” in the wake of the two massive hurricanes, said the Executive Committee, which includes the officers of the U.S. Conference of Catholic Bishops.

“We also pray for the safety of, and in thanksgiving for, the first responders who are risking their lives at this very moment in care for their neighbors, especially those who are elderly, sick, homeless, or otherwise already in need of special assistance,” the statement said.

The Executive Committee’s statement followed by three days a statement from the president of the USCCB, Cardinal Daniel N. DiNardo of Galveston-Houston, whose diocese was hit by flooding from Hurricane Harvey.

He called for prayers for the victims of Harvey and for those affected by Irma.

“At a time like this, when our endurance is tested, we implore God to direct us to yet unknown reserves of strength and human compassion for those suffering so deeply. May our manifestations of love and solidarity be lasting signs in the midst of this crisis,” he said Sept. 9.

The Executive Committee said it shared “Pope Francis’ trust that the Catholic faithful here in the United States will respond to the needs presented by these disasters with a ‘vast outpouring of solidarity and mutual aid in the best traditions of the nation.'”

“We encourage the faithful to respond generously with prayers, financial support, and for those who have the opportunity, the volunteering of time and talents in support of those in need,” it said.

In a later statement released Sept. 12, the Executive Committee said it has requested that the U.S. Department of Homeland Security extend its renewal deadline for those already in the Deferred Action for Childhood Arrivals program, or DACA. The bishops said the hurricane-ravaged areas of Texas and Florida “have some of the largest populations of DACA youth.” The bishops asked that Homeland Security extend the deadline for renewals that fall within the Oct. 5, 2017, to March 5, 2018, period.

“We ask that you ensure that individuals receive fair access to renew and are not unduly punished die to natural disaster,” the bishops said. “We fear that they cannot adequately do so at this time given the physical damage on the ground.”