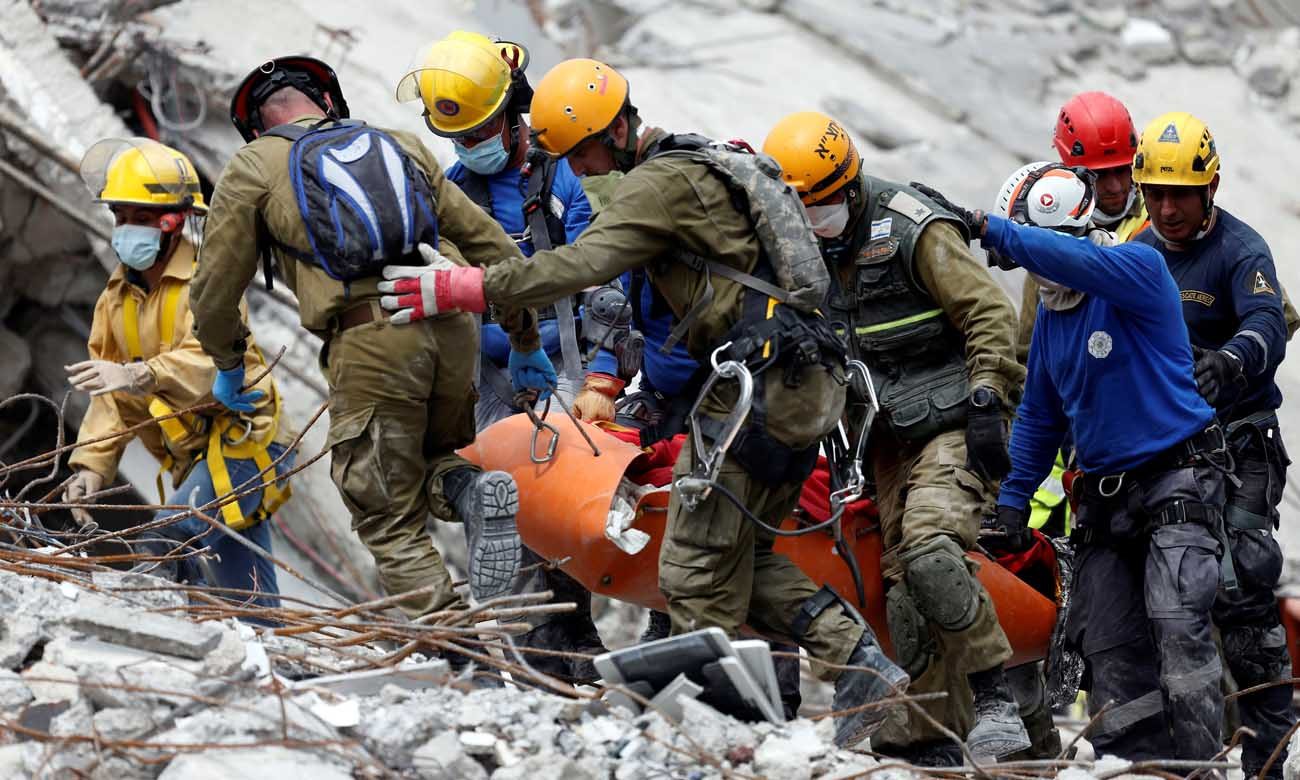 WASHINGTON (CNS) — In the aftermath of two earthquakes in the span of two weeks in Mexico church-based relief agencies have been on the ground providing food, shelter and repairs.

Malteser International, a relief organization sponsored by the Order of Malta has sent a team of volunteers to Mexico City to provide rescue and first-aid help.

“The people of Mexico will need help to rebuild their lives and infrastructure after this disaster,” said Ingo Radtke, Malteser International’s Secretary General. “The Mexican Association of the Order of Malta is well positioned and equipped for emergency intervention. We are in close contact with our colleagues in Mexico and are standing ready to offer any support they would need in their relief efforts.”

About 500 volunteers from the Mexican Order of Malta’s aid service are already providing humanitarian assistance to communities affected by previous earthquake.

The Sept. 19 quake destroyed many buildings in Mexico City, including the headquarters of the Mexican Association of the Order of Malta as well as a school run by its aid service in the country.

Catholic Relief Services, the overseas aid agency of the U.S. Conference of Catholic Bishops, has likewise been on the ground in Mexico since the Sept. 7 earthquake providing shelter repairs and immediate relief to families in isolated areas. After the country’s second earthquake the agency is continuing to assess the needs on the ground and provide help with recovery, rebuilding and support for the survivors from both disasters. CRS is part of the network of Catholic charities known as Caritas Internationalis.

Covenant House, a Catholic agency for homeless youth, reported that all of the children in their care are safe, but agency officials have been unable to contact some staff members since the Sept. 19 earthquake and do not know of their condition.

Two of the agency’s seven shelters in Mexico City have cracks and fissures after the earthquake and gas leaks forced the evacuation of a shelter for girls. Some shelters do not have electricity.

“Food is running low and will spoil without electricity,” said Kevin Ryan, president of Covenant House, in a statement. “We need food and fuel to feed our children, including newly displaced children coming to us because their homes have been destroyed. Our emergency response team is making do, but it isn’t easy, and everyone is afraid of aftershocks — which can be damaging and deadly.”

Ambassador Mark Green, administrator of the U.S. Agency for International Development, told reporters in a Sept. 21 press briefing in New York that USAID had sent a Disaster Assistance Response Team to Mexico in response to urgent humanitarian needs. The team includes more than 60 members and five K-9s from the Los Angeles County Fire Department Urban Search and Rescue Team, which took specialized tools and medical equipment to conduct around-the-clock search and rescue operations. The team would also be working closely with Mexican disaster authorities to help rescue earthquake survivors and assess structures for earthquake damage.

Green said the U.S. government, “at the very highest levels, is engaged on the humanitarian relief being provided to Mexico.” He said he spoke to White House officials Sept. 20 who were “making sure that we provide what’s been asked for and what’s necessary to extend our hand. So I’m pleased to say that the government is very engaged in taking on these fires of humanitarian assistance that we need to address right now.”

Donations for Mexico earthquake relief efforts can be sent to:

— AVSI USA, a development agency with a focus on education, according to Catholic social thought: https://donorbox.org/mexico-earthquake-relief-september-2017.

NEXT: Bishop Braxton calls action to end racism imperative for every American