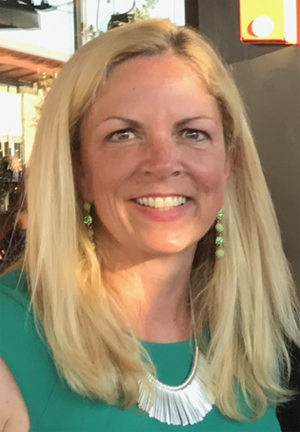 When Delaware County attorney Theresa Flanagan Murtaugh recently took office as the Catholic Philopatrian Literary Institute’s 77th president, she made history. Founded in 1850, the Philo in its early years had priests as presidents and since 1870 has been headed by laymen.

Murtaugh is the first woman to head the Philo and looking at her resume she is more than up to the task.

Chances are if it has anything to do with Irish heritage, she is actively involved. Did I mention she also sings?

Going back to the beginning, Murtaugh grew up in Our Lady of Peace Parish, Milmont Park, and attended the parish school and Cardinal O’Hara High School. Next stop was Swarthmore College thanks to a full scholarship because of her grades, although she could have gone to West Point where she was also accepted.

After Swarthmore she went on to Villanova Law School and spent much of her career as an assistant district attorney. Right now she’s running for district judge in Upper Providence County. “I’m going to win,” she declared.

In childhood she was into Irish dancing and music, and participated in all of her high school plays. In college she formed an Irish band which continues to this day.

It was through an Irish festival that she met her husband Paul, a building contractor who is Irish-born. They married 19 years ago and settled in St. Mary Magdalen Parish, Media, where she cantors most Sundays.

Murtaugh loves her parish where, she said, “We are very lucky. Msgr. (Ralph) Chieffo is an exceptional pastor.”

She and Paul have three children, Seamus, Colleen and Patrick.

Murtaugh was first introduced to the Philos when she was in college and would attend Young Philo events with her sister. Over the years she has gotten more and more involved, attending Sourin Award dinners, Philo balls and other events.

“I love being with like-minded Catholics in a place where we can worship, have the same faith and values,” Murtaugh said. “Catholic Philopatrian means love of God and country. We all want to make our area a better place, and one of the Philo’s main goals is helping schools and giving scholarships.”

It was Jack Kelly, a past president of the Philo, who urged her to become active on the board which she did five years ago. She has served on restaurant nights and served on the Membership, Ball and Sourin Award committees.

The Sourin Award is named for Father Edward Sourin, who founded the Philo in 1850 with a goal of providing continuing education to young Catholic men. It was the model for many such organizations, mostly parish-based in the archdiocese, and while the rest have fallen by the wayside it continues that original intent through a scholarship program.

The Catholic Philopatrian Literary Institute has a great history, and it is Murtaugh’s goal to expand it and to focus on recruiting new young members to the Philo at their beautiful headquarters, the beautiful and historic Stotesbury Mansion at 1923 Walnut Street near Rittenhouse Square in Philadelphia.

A recent trend is more youth activities at the Philo, and she would like to see this center city treasure grow. “We all want to see our local area be a better place,” she said.

Theresa Murtaugh will preside at the Philo’s annual President’s Reception on Sept. 17 and the awarding of scholarships.

Don’t be surprised if she sings.

For more information on the Catholic Philopatrian Literary Institute and the upcoming President’s Reception visit the website ThePhilo.org.

PREVIOUS: Sister lives her twin vocations as nun and doctor at Temple Hospital