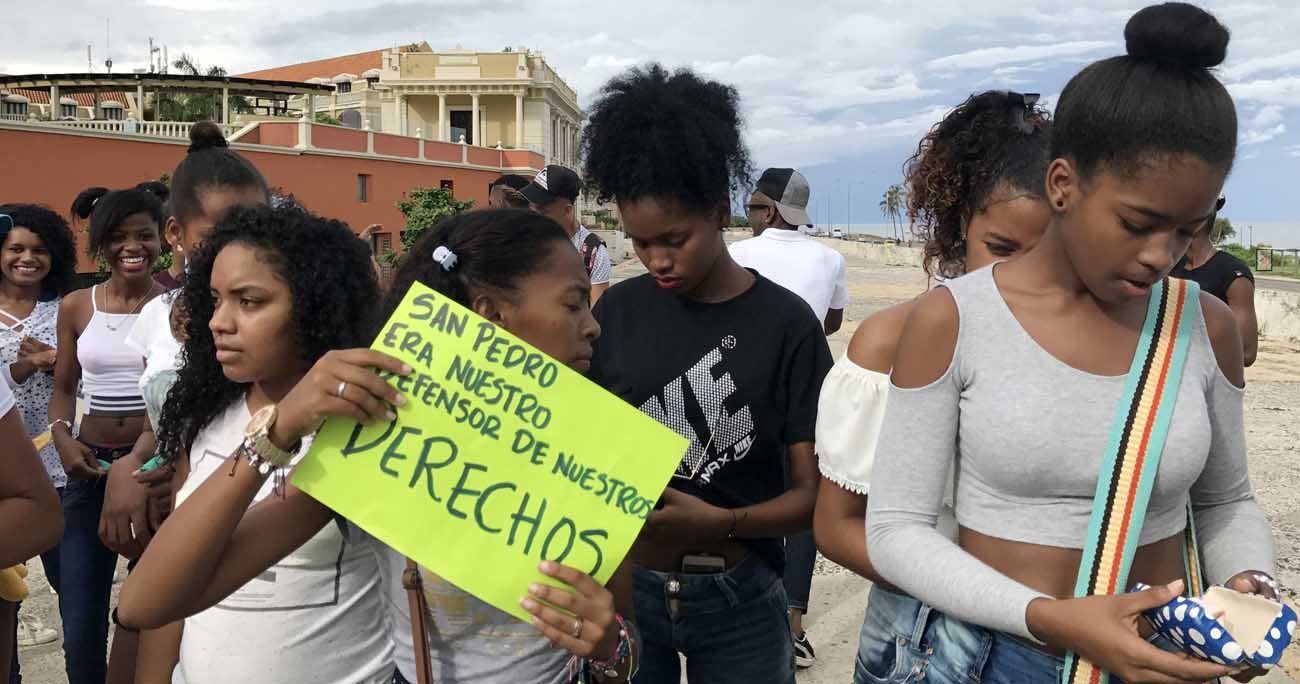 CARTAGENA, Colombia (CNS) — Outside St. Peter Claver Parish in this colonial city on the Caribbean coast, Afro-Colombian women in colorful attire sell chopped fruit to tourists. Once tourists pay for papaya and pineapple, some ask for photos, which the women oblige, placing a fruit basket on their heads and posing for a portrait.

Jesuit Father Jorge Hernandez sees the scene unfold on a daily basis outside the Jesuit-run parish just inside the walls of Cartagena’s old city — and it bothers him.

Pope Francis concludes his five-day visit to Colombia in Cartagena Sept. 10. There, he is sure to refer to St. Peter Claver, a fellow Jesuit who promoted human rights and fought slavery. He also will pray the Angelus outside the parish where St. Peter watched slave ships arrive in the early 1600s and offered humane treatment to those arriving against their will.

Afro-Colombian communities live in the periphery of Cartagena, in shabby barrios with rutted roads, inadequate city services and ocean access coveted by developers wishing to evict them from their lands to build hotels.

Afro-Colombians seldom attain senior positions in Colombian institutions, including the Catholic Church. The Afro-Colombian communities have been traditionally overlooked, suffered discrimination and, like the population at large, been impacted negatively in the country’s five decades of armed conflict.

The community is “overwhelmingly underrepresented” in society and government “and hugely overrepresented in the displaced population,” said Adam Isacson, a Colombia expert at the Washington Office on Latin America. “They’re estimated to be between 10 percent and 25 percent of the population, but have no members of congress … and only recently have the been able to organize politically.” He said that when Colombia rewrote its constitution in 1991, indigenous groups got representation in the legislative assembly, but “had to represent the Afro-Colombians,” who had no representation.

On the Sept. 9 feast day of St. Peter Claver, Pope Francis urged less passivity from Colombian Catholics and urged them to follow the saint’s example, providing pastoral attention to and pushing for the rights of the most marginalized.

In a Mass in the city of Medellin, the pope said the saint “understood, as a disciple of Jesus, that he could not remain indifferent to the suffering of the most helpless and mistreated of his time, and that he had to do something to alleviate their suffering.”

In the early 1600s St. Peter Claver, originally from Spain’s Catalonia region, traveled to Cartagena, where thousands of slaves arrived from Africa each year to work in Colombia’s mines. He would greet the slaves in the squalor of the ships that brought them from sub-Saharan Africa; he provided them with food, medicine and doses of dignity.

Jesuits in Cartagena say insensitivity to Afro-Colombians continues to this day, even if slavery was abolished. Some poor communities were walled-off by the local government to prevent Pope Francis — who speaks of a poor church and putting the poor first — from seeing any possible marginalization.

“The government only worries about this tourist area,” Father Carlos Correa, Jesuit provincial in Colombia, said of the walled portion of Cartagena, where pristine streets are lined with remarkably preserved colonial-era buildings.

The Jesuits are trying to keep alive St. Peter Calver’s legacy; they run two parishes in the area and work with five Afro-Colombian communities.

“The mission is to help people grow in the faith, but a faith based in justice,” Father Correa said. “This is justice, which in Colombia, has to do with reconciliation.”

Jesuits and Afro-Colombians marched in a seaside procession Sept. 9 to honor St. Peter Claver, before celebrating an up-tempo Mass, in the tradition of Caribbean sections of Colombia. Some marchers carried signs, “St. Peter Claver was our human rights defender.”

The saint’s legacy is still remembered and celebrated in Cartagena.

“It’s not as notorious as before … (but) there is still discrimination,” said Laura Gomez, a 19-year-old student from an Afro-Colombian community.

She said she hoped the pope’s visit would bring about change in Cartagena and Colombia as a whole, along with “an awareness that we are all equals and we can live in harmony.”