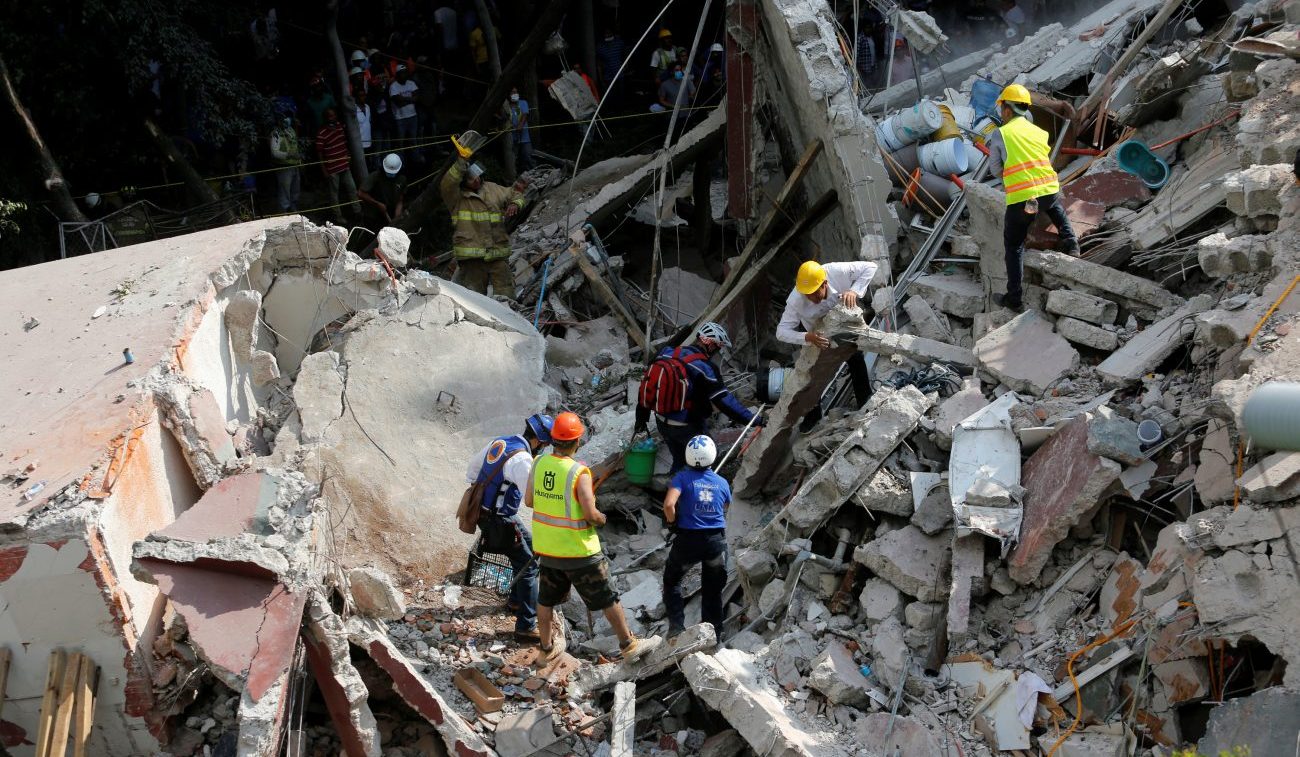 Rescue personnel remove rubble Sept. 20 at a collapsed building while searching for survivors after an earthquake hit Mexico City. The magnitude 7.1 earthquake hit Sept. 19 to the southeast of the city, killing hundreds. (CNS photo/Claudia Daut, Reuters)

VATICAN CITY (CNS) — As search and rescue operations continued in central Mexico, where more than 200 people died after a strong earthquake Sept. 19, Pope Francis offered his prayers for the victims.

“May our mother, the Virgin of Guadalupe, with great tenderness be near the beloved Mexican nation,” the pope said in Spanish Sept. 20 during his weekly general audience in St. Peter’s Square.

“Yesterday, a terrible earthquake struck Mexico — I see there are many Mexicans among you today — resulting in numerous victims and material damage,” the pope told the crowd in the square. The quake, measuring 7.1, caused extensive damage in Mexico City and in neighboring states.

“In this moment of suffering,” he said, “I want to express my closeness and prayers to the entire Mexican population.”

“Let us all raise our prayers together to God so that he may welcome into his bosom those who have lost their lives and comfort the wounded, their families and all those affected,” Pope Francis said. “We also ask prayers for all the relief and rescue personnel who are lending their help to all the people affected.”

Contributing to this story was Matthew Fowler at the Vatican.

NEXT: Church leaders offer prayers, Mexicans pitch in after earthquake