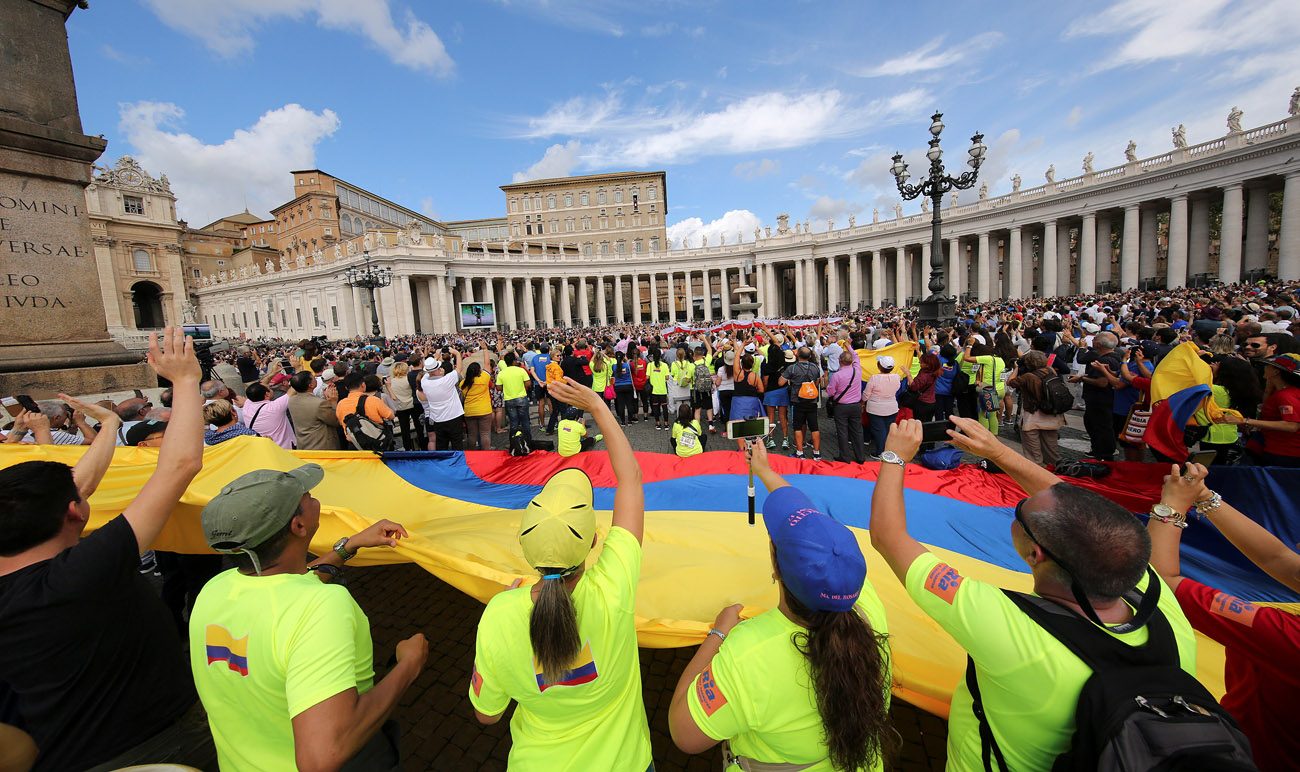 VATICAN CITY (CNS) — After thousands of runners completed the first ever “multireligious” half-marathon in Rome, Pope Francis praised the initiative, which was sponsored by the Pontifical Council for Culture.

“I greet participants in the ‘Via Pacis’ athletic race, which passed places of worship of the different religious faiths present in Rome,” the pope said Sept. 17. “I hope that this cultural and athletic initiative fosters dialogue, coexistence and peace,” he told gathered for the Angelus prayer in St. Peter’s Square, which was near the end of the 13-mile (21 km) course.

Some 2,000 people took part in the half-marathon and almost 4,000 people signed up for the 5k “fun run,” according to Msgr. Melchor Sanchez de Toca y Alameda, undersecretary of pontifical council and head of the office’s section on sport.

Priests, nuns, the differently abled, refugees and parents pushing kids in strollers were just some of those who took part in the events. Some 200 members of Rome’s grand mosque participated, as well as members of the Jewish, Buddhist, Hindu and Bahai communities, Msgr. Sanchez told SIR, the Italian bishops’ news agency.

About 20 Vatican employees, dubbed “the pope’s marathoners,” also took part, with one member of the Swiss Guard completing the half-marathon with an impressive time of 1 hour, 20 minutes, he said.

The race started and ended near St. Peter’s Square, where Pope Francis delivered his Sunday Angelus prayer and address at noon.

In his talk, the pope spoke about the day’s Gospel reading (Mt 18:21-35) in which Jesus tells Peter that Christians must always, sincerely forgive whoever wrongs them, even if “doing so twice already seems like too much for us.”

In his infinite love and mercy, God always waits — even for the smallest sign of remorse — and forgives his children, the pope said.

Because God forgives even the “crippling debt” of original sin with baptism, all Christians should be able to forgive all the lesser slights, offenses and sins against them, he said.

“Whoever has experienced the joy, peace and inner freedom that come with being forgiven can open themselves to the possibility of forgiving in turn,” he said.

“The heavenly father — our father — is full, full of love and wants to offer it to us,” the pope said, “but he can’t if we close our hearts to love for others.” 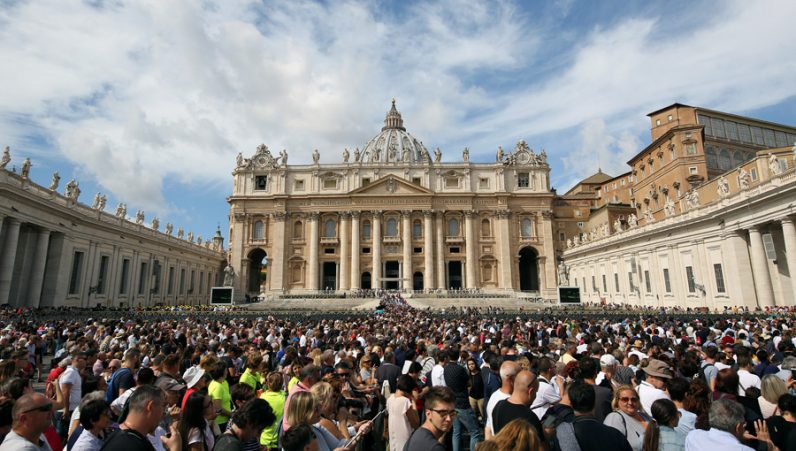 A large crowd is seen as Pope Francis leads the Angelus in St. Peter’s Square Sept. 17 at the Vatican. (CNS photo/Stefano Rellandini, Reuters)