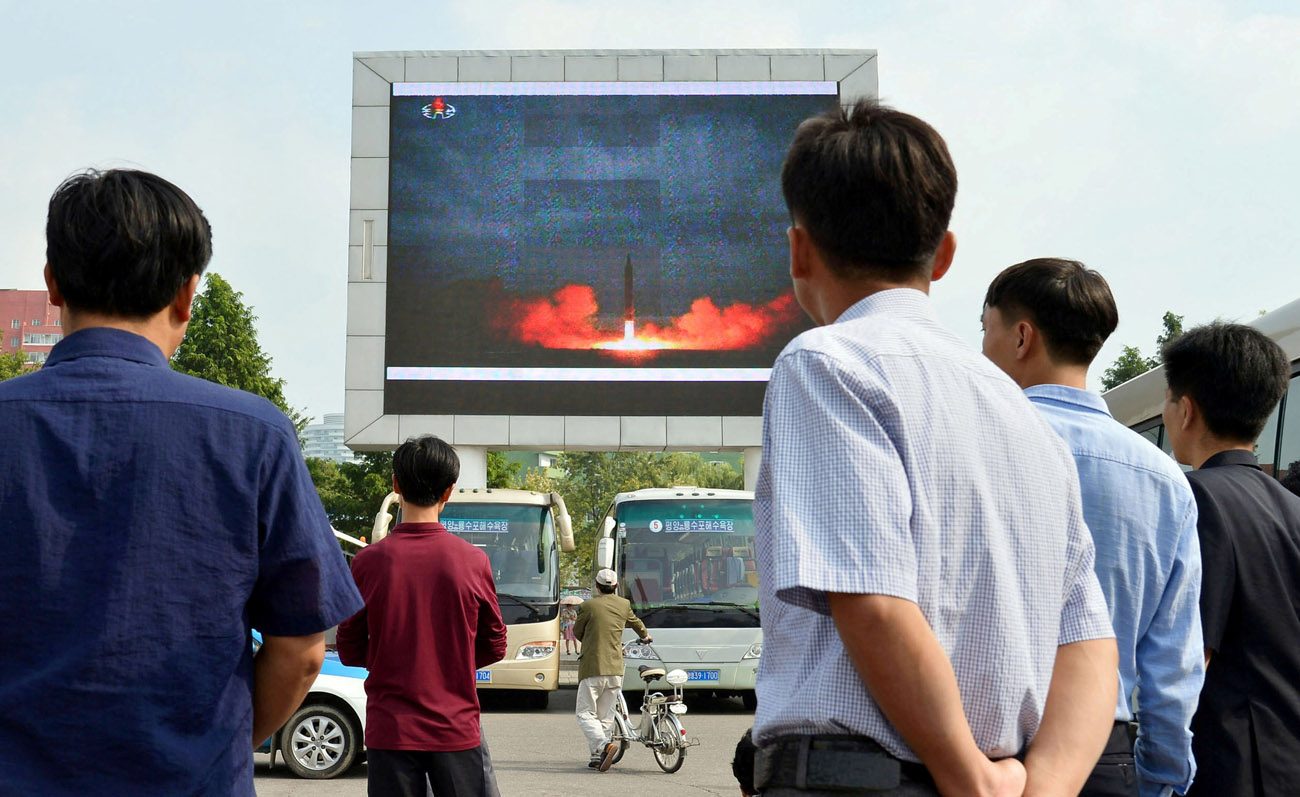 VATICAN CITY (CNS) — The day before North Korea detonated what it said was a hydrogen bomb, Pope Francis urged religious leaders from South Korea to dedicate their words and actions to building peace and harmony.

“We are called to be heralds of peace, proclaiming and embodying a nonviolent style, a style of peace, with words clearly different from the narrative of fear and with gestures opposed to the rhetoric of hatred,” the pope said Sept. 2.

The 20 leaders on pilgrimage to Rome included Catholics, Protestants, Buddhists, Confucians and followers of Cheondoism and several native Korean religions.

Pope Francis told them progress on the path to peace is made “not just by raising our voices but by rolling up our sleeves, to sow the hope of a future in which humanity becomes more human, a future which heeds the cry of so many who reject war and implore greater harmony between individuals and communities, between peoples and states.”

Religious leaders, he said, should initiate and support programs dedicated to promoting the common good, which includes respect for the sanctity of human life and human rights, including religious freedom and freedom of expression.

The role of interreligious dialogue, Pope Francis said, “is precious and pleasing to God” because it, too, promotes the common good through “contacts, encounters and cooperation.”

“The world is looking to us,” the pope told the religious leaders. “It looks to us for answers and a shared commitment to various issues: the sacred dignity of the human person, the hunger and poverty which still afflict too many peoples, the rejection of violence, in particular that violence which profanes the name of God and desecrates religion, the corruption that gives rise to injustice, moral decay, and the crisis of the family, of the economy and, not least of all, the crisis of hope.”