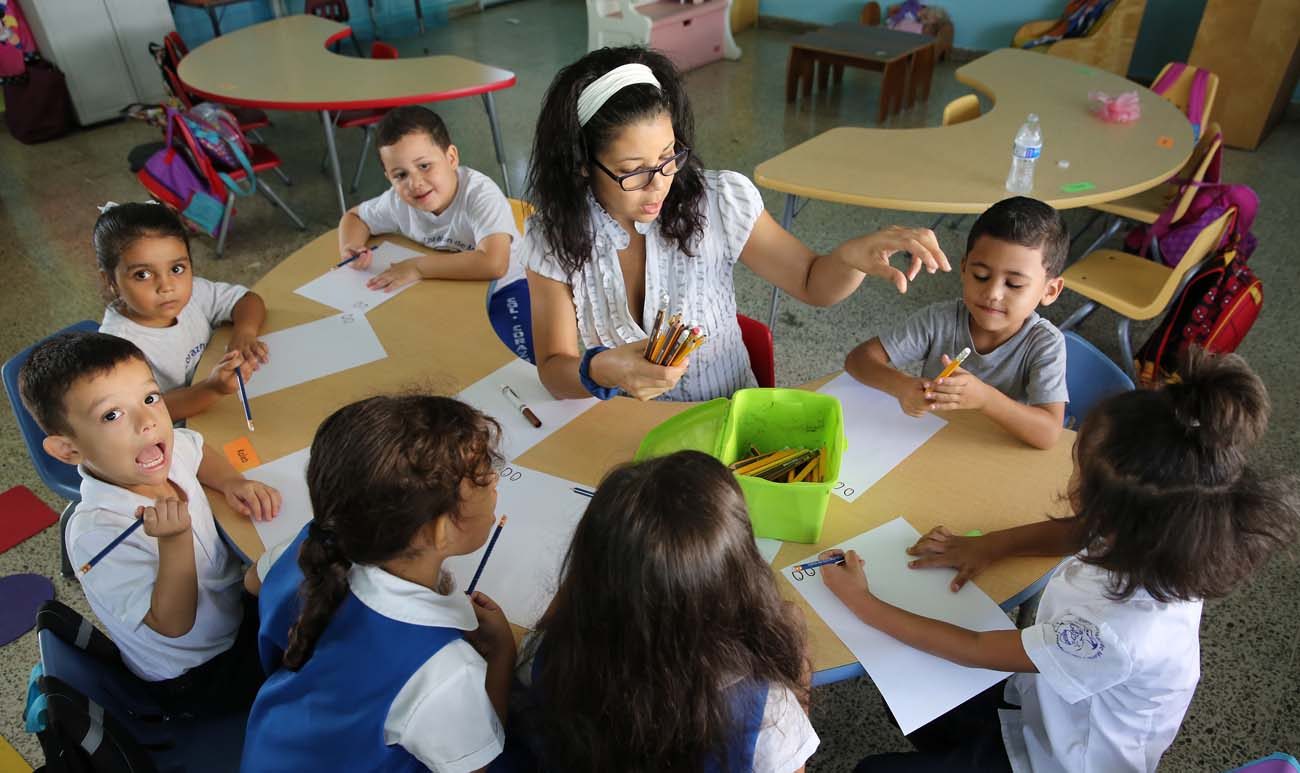 SAN JUAN, Puerto Rico (CNS) — Above all material and financial considerations after Hurricane Maria’s severe damage in Puerto Rico, one must highlight the brotherly spirit shown by the island’s people during the ongoing recovery period, said the island’s top Catholic pastor.

Although the church’s financial burden has obviously become heavier as it strives to meet the increased emergency material needs of the faithful, it is the people’s “huge capability for solidarity” that shines through in this disaster, Archbishop Roberto Gonzalez Nieves of San Juan told Catholic News Service Oct. 25.

“There are so many helping gestures, like people who don’t know each other but share ‘our daily bread,’ and neighbors sitting down in the dark out on the street chatting,” said Archbishop Gonzalez.

Due to slow government response to Hurricane Maria’s victims in Puerto Rico, there has been an increase in church and neighborhood or town groups banding together to clear remote unpaved roads, remove fallen trees and debris, and provide material aid to the neediest.

“They are giving lessons of what is the essence of how to live,” said the archbishop. “There’s a very strong resiliency and spiritual capacity that we have seen in our people. College youngsters have taken to the streets to remove debris. … These are touching and impressive moments we are living.”

Some of those youngsters come from San Ignacio Catholic High School in San Juan. Father Andres Vall Serra, the Jesuit school’s pastoral director, told CNS that the school has a special project to immerse students in providing aid to the poor. It is a class titled “Magis,” which basically means universal good, or “what can one do to reach the good of all,” based on the spiritual exercises of St. Ignatius Loyola, founder of the Jesuits.

“Every Friday, all students from one grade’s class are sent out to distribute filtration systems and food to poor communities,” said Father Andres. “It’s a moment that allows them to encounter Christ, but in a way that helps transform them.”

The charity project has a grade-specific mental health counseling component, aimed to help students cope with the stress brought on by Hurricane Maria’s effects.

Alvaro Carrillo, a senior at San Ignacio, spoke about how a Catholic-oriented education has helped prepare him for disasters such as hurricanes, noting “the emphasis on community impact and internal growth as a person. I mean being compassionate (in order) to recognize the worlds needs and how to react to situations like this one.”

“This school has focused us on its Jesuit motto, ‘Men at the service of others,'” said senior Ricardo Sanchez. “It was here, in seventh grade, where I started going out to help communities in need.”

“We are at time of national mourning, trauma, after the passing of two hurricanes … the consequences on the mood, the spirit, the emotions (of the people) are deep,” said Archbishop Gonzalez, adding that “another trauma is that of shared love and solidarity.”

He agreed with several pastors who had told CNS that, after Hurricane Maria hit Puerto Rico, Mass attendance has risen sharply, although many still could not leave their homes because of the damage. “But yes, there’s a spiritual rebirth,” he said.

Church finances have been severely impacted in Puerto Rico by Hurricane Maria. As businesses and factories shut down, families’ economic stability has been affected while their financial demands have increased to cover repairs and replacement of lost property.

“We can neither ask nor expect that they continue the same level of support (to the church) when they themselves are barely surviving,” said Archbishop Gonzalez. “In time, we have to see how we deal with sustaining parishes that can’t sustain themselves, as well as our (television) Channel 13 and radio stations.”

However, the archbishop stressed that “our focus now is direct assistance. Most people need water, food, clothing. That’s our primary mission.”

“The top challenge the church in Puerto Rico faces is to nurture the soul our people with God’s word, Jesus’ presence through our works of charity, solidarity, celebrating the Eucharist, and maintaining a perspective that keeps us anchored in reality of these tragic events and full of hope for the strength that the Holy Spirit gives us,” said Archbishop Gonzalez.

NEXT: Concern rises over impact of expected tax cuts on programs for the poor