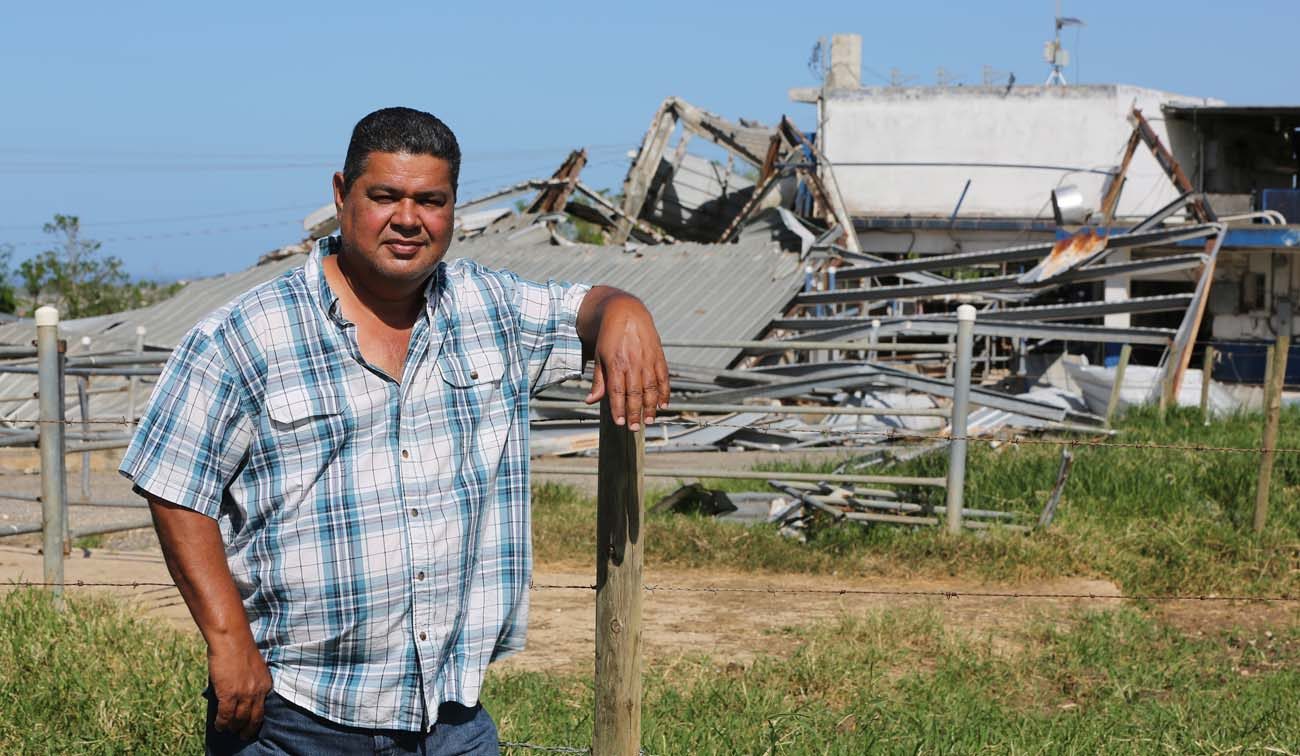 HATILLO, Puerto Rico (CNS) — Way up in the highlands of north central Puerto Rico, in an area severely damaged by Hurricane Maria, lies an untold story of an imminent economic catastrophe: the potential decimation of the island’s milk industry.

That’s the message Gustavo Toledo, a Catholic dairy farmer in the Naranjito sector of Hatillo, wants to get out before it is too late. Two of his three dairy farms were wiped out by Hurricane Maria.

“I woke up the day after Maria, walked over the gate at the top of the hill behind my house, and stood there, frozen in disbelief about what I was seeing,” Toledo told Catholic News Service Oct. 22 while standing a few feet from a huge pile of twisted metal that was one of his milk production facilities.

The son of an extraordinary minister of holy Communion and a lector, Toledo said that a few days before Maria, he had to move most of his 700 cows about five miles away, cutting through neighbors’ land, to a safer location. About 20 cows that could not be moved remained at his property.

“If I take into account the lost and damaged cows, milk production unmet, structural damage like this one, destroyed equipment and everything else, I’d say we have lost just over $1 million,” said Toledo. The farms’ structures were insured, but the policy covers only part of them.

Considering that his farms were not the only ones destroyed, one of Toledo’s main concerns is the massive unemployment resulting in the area’s agricultural industry. His farms have provided employment for area workers for at least 50 years.

The local cattlemen’s association has had meetings with government officials about recovery programs available, “but we have to rebuild ourself and if aid is approved, they reimburse part of it,” said Toledo.

“In Puerto Rico, the only agricultural industry protected is milk production and the product has never been scarce,” added Toledo, “but I anticipate that for two or three years, there will be a shortage of milk.”

Toledo said that at this time, Puerto Rico’s milk production is at 45 percent of normal output and the next few years “will be very difficult for the industry.”

Hatillo leads the island’s dairy production. Puerto Rico has close to 80 dairy farms, most of which suffered severe hurricane damage.

“The government recently announced that the milk industry is back up to 70 percent, which is not accurate,” said Toledo. “Moreover, if we don’t get help fast, we might end up completely losing the Puerto Rican milk industry.”

NEXT: Parish cemeteries: A labor, but also a labor of love