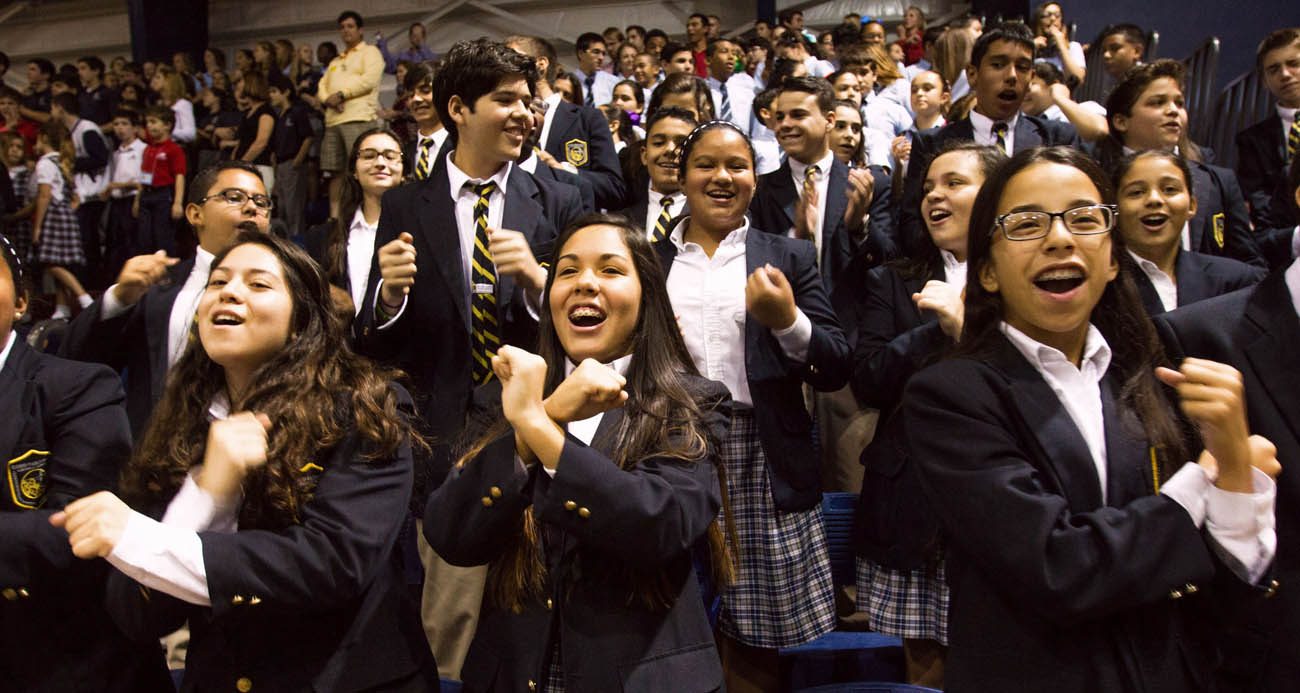 MIAMI (CNS) — Catholic schools in the Miami Archdiocese are accepting students and enrollment inquiries from Puerto Rican families displaced to Florida after the devastating impact of Hurricane Maria.

An informal survey conducted in early October by the Miami Archdiocesan Office of Catholic Schools indicated that some 50 students from Puerto Rico — including two from the U.S. Virgin Islands — had already been placed in Catholic elementary and secondary schools within the archdiocese and more enrollments are expected in the coming months.

“They are still in the process of arriving since flights out of Puerto Rico are difficult to get and very expensive. We expect to receive more students in the coming weeks,” said Hope Sadowski, coordinator of foreign students and administrative executive assistant in the Office of Catholic Schools in Miami.

Sadowski said the Miami Archdiocese is asking the schools to keep a tally of the Puerto Rican enrollments and to do everything they can to facilitate the emergency enrollments wherever possible. She said Catholic schools are working with the families on an individual basis to determine financial arrangements and in some cases may offer a waiver or partial waiver of tuition fees in the short term.

The situation draws comparisons to the aftermath of the 2010 Haiti earthquake when many families were resettled in South Florida and enrolled their children in local private schools, although Sadowski points out that the Puerto Ricans are U.S. citizens who are able to access U.S. public education and stay in the U.S. mainland indefinitely if they so choose.

Also, Puerto Rican students are generally fluent in English, making for what should be a slightly easier transition to academic life in the U.S., she noted in an interview with the Florida Catholic, newspaper of the Archdiocese of Miami.

It is unknown how many Puerto Ricans will move to Florida and the U.S. mainland because of Hurricane Maria and how long they will stay. In early October, Florida Gov. Rick Scott declared a state of emergency in Florida to help the state provide services to Puerto Ricans fleeing the devastation and he reportedly set up disaster relief centers at airports and seaports in the Miami and Orlando regions.

Sadowski of the Catholic Schools Office in Miami said the situation is developing fast and could become a long-term crisis depending on how fast Puerto Rico can rebuild infrastructure.

“It is probably going to be a temporary situation, but it might last the whole school year due to the lack of electricity and damages to the schools there,” Sadowski said. She predicts many students in Puerto Rico will be unable to attend any school this year due and will have to make up for the lost year later.

Families who are able to absorb the cost and logistics of relocating to Florida are likely to first consider public schools for obvious financial reasons but the local Catholic schools stand ready to assist, she added.

“Those schools that are at capacity can maybe stretch it out a little, or will have to recommend the closest school that can accommodate more kids, but this is a special situation,” Sadowski said, recalling her own transition to life in the U.S. as a Cuban-born transplant to Florida.

“Nobody will be turned away; we will try to find a way to accommodate everybody,” she said, noting that there are also statewide programs available for student financial assistance such as Florida’s Tax Credit Scholarships program.

Sadowski has not been in contact with Catholic school officials in Puerto Rico and there is no formal coordinated effort to place Puerto Rican students in Catholic schools but she said many families may move here for the short term given some dire predictions of a prolonged recovery process.

Three weeks after the hurricane, a reported 85 percent of the island was without power, and with limited or no communications and a lack of safe drinking water — all prerequisites for operate a school safely. President Donald Trump has asked Congress for $4.9 Billion to help Puerto Rico Rebuild.

Meanwhile, families ties to the U.S. mainland may be the first go-to relocation solution for students whose families can afford to leave.

Some 1 million Puerto Ricans live in Florida statewide, according to the latest U.S. Census data, making it one of several states with large communities of Puerto Ricans, including the Northeast and California. Other regions of the country are also beginning to report new enrollment of Puerto Rican children.

“Our schools are wonderful, caring places and I don’t think we need to tell them what to do — they know we are here to support them and they will try to make the (new students) comfortable, to adjust to a new place,” Sadowski said.

She also credited the children themselves. “Kids are very good at adjusting,” she said, “and this will give them a sense of normality and a sense that life goes on even though they will know that it is temporary.”