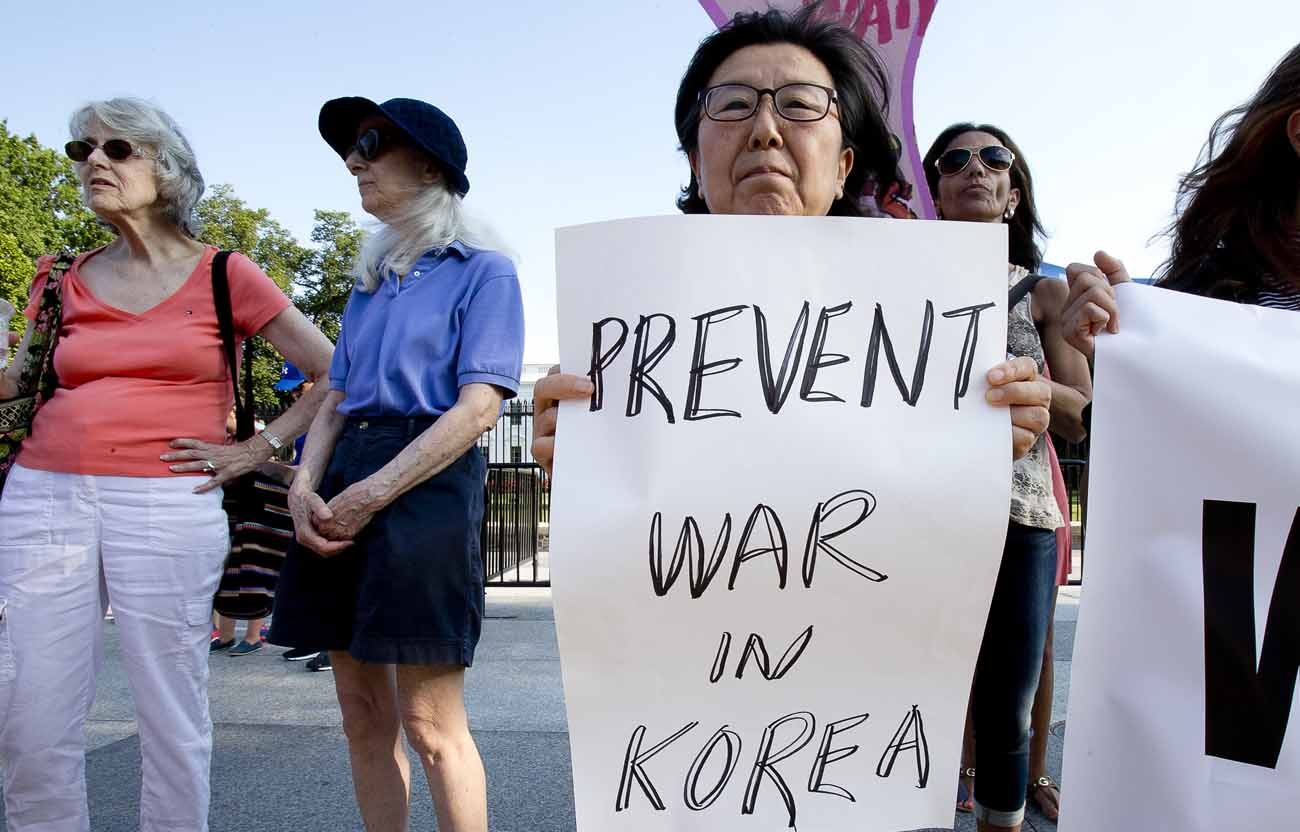 UPDATED – WASHINGTON (CNS) — More than 750 Catholics called on President Donald Trump and Congress to seek diplomatic solutions to defuse rising tensions between the United States and North Korea and to assure that the U.S. remains a party to the Iran nuclear deal.

The leaders of dozens of religious congregations, officials at Catholic organizations and individual parishioners said they were concerned by the president’s recent threats to “totally destroy” North Korea and to withdraw the U.S. from the Iran accord because both actions would bring the world “to the brink of nuclear catastrophe.”

“Responsible, moral leadership would recognize the Iran deal as an important example of successful diplomacy and conflict transformation that engaged many nations in an arduous, nonviolent process to build trust and avoid military confrontation. Similar honest and respectful, if difficult, diplomatic engagement should mark our approach to North Korea,” the letter said.

Trump in a mid-day announcement Oct. 13 said he would not to recertify that Iran was in compliance with the P5+1 agreement negotiated by the U.N. Security Council’s five permanent members — China, France, Russia, the United Kingdom and the U.S. — plus Germany. The countries joined together in 2006 in diplomatic efforts with Iran regarding its nuclear program.

Now that Trump has refused to recertify compliance, Congress has 60 days to act on whether to restore economic sanctions, take other actions against Iran or do nothing.

In their letter, the Catholic group said that in the case of North Korea, threatening the existence of a nation of 25 million people “goes against all the values of our Catholic faith as well as the principles of universal human rights on which the United Nations was founded.”

“To ‘totally destroy’ North Korea would be an unspeakable crime against humanity; to threaten such an action is outrageous, reprehensible and beneath the dignity of a leader of one of the world’s greatest democracies,” the group’s letter said.

As for Iran, the P5+1 agreement, the nuclear danger has been reduced and “has opened the door to other diplomatic efforts in the Middle East,” the letter said.

“As such, the Iran deal should shore up the commitment of the international community to dialogue and negotiation rather than war as a means of transforming conflict,” the Catholics added.

The call echoes a similar appeal to a U.S. official by Bishop Oscar Cantu of Las Cruces, New Mexico, chairman of the U.S. bishops’ Committee on International Justice and Peace.

In an Oct. 3 letter to Secretary of State Rex Tillerson, Bishop Cantu urged that the U.S. recertify Iran’s compliance under the agreement. He said not doing so would weaken any incentive for North Korea to negotiate about its nuclear weapons program.