Once abandoned himself, Kenyan man now shelters thousands of kids 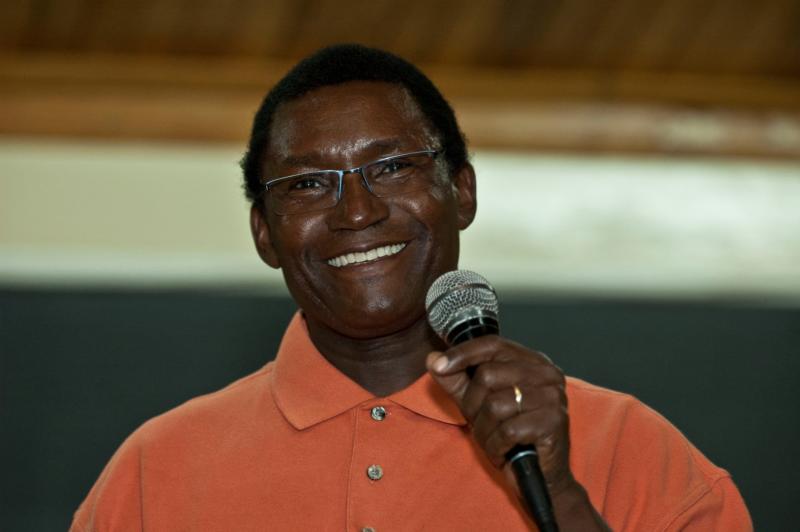 Kenyan-born Charles Mully, 68, is pictured in an undated photo. Abandoned by his family when he was 6 years old, he went on to become a successful businessman and then founder of Mully Children’s Family, which offers shelter to children who themselves have been abandoned. A film about his life, titled “Mully,” will be shown at about 750 U.S. theaters Oct. 3-5. (CNS photo/MMXV Productions)

WASHINGTON (CNS) — Charles Mully has had an incredible life story. And he’s not finished yet.

The Kenyan-born Mully, 68, was abandoned by his family when he was 6 years old. For a decade, he scratched out a living for himself. At age 16, he encountered Christ in a personal way and later became a successful businessman, but he ditched it all to establish the Mully Children’s Family, a home to shelter kids who had been abandoned like he once had been.

“I was born in a very poor family” in Nairobi, Kenya’s capital, Mully said in a Sept. 29 telephone interview with Catholic News Service from Detroit, where he was to speak to supporters before catching a plane to Dallas later that day. “My father was addicted to alcohol. At the same time, he created violence. My mother, myself and my younger brother (were affected). One day I woke up and found out that they had gone. That was disaster on my side of life as a young child.”

After eking out an existence for 10 years, “I was completely hopeless. I felt I was rejected by society. I needed something better. But I felt wanting to commit suicide, wanting to take my life away,” Mully recalled. But “through a man who invited me to his church, I heard the word of God and through the spirit of God and through the Lord Jesus Christ, it changed completely my life.”

Mully said he knocked on doors until one opened for him. The “very nice young lady” gave him food and shelter in exchange for cleaning the house and weeding the garden. A half-year later, the woman’s husband put Mully to work on his farm outside the city. There, he earned enough money to buy a car, which he used as a taxi. “Through prayer, through hard work and through determination, my business grew,” he added. A series of wise investments made him wealthy.

But Mully chucked it all to assume the mantle of Kenya’s “Father to the Fatherless.”

That number, Mully added, is only those who have completed “the program.” “They have become self-reliant in their future life,” he said. “We give them the best of health care, clothing and shelter, love, fatherly and motherly love. We help them spiritually to grow, give them spiritual nourishment as well as prayer,” he said, as well as education from kindergarten and grade school to high school and vocational training in such fields as construction, electrical, fabrication, roofing and woodwork.

The number of success stories “I cannot even count,” Mully told CNS. But he can count about 30 former wards who have returned to work at the Mully Children’s Family homes, which are now spread throughout the country and help each one of Kenya’s 42 tribal peoples.

He said the Kenyan government backs his work, and that he also gets some help from the European Union. “They are coming to us, glad to see the work that we are doing,” Mully said. “It does not stop there. We export beans and vegetables to Europe, Germany, the Netherlands. It gives opportunities to over 1,300 members of our communities.”

Mully’s model could be spreading. He said he’s fielded inquiries from interested persons in Malawi, Zambia, South Africa, Uganda and Tanzania, but also from Europe, the United States and Canada.

“My prayer, my desire is also to talk to the people around the globe and also in America that we may stake a step of faith and move forward to help our people in our countries to help these children who need to be adopted,” Mully said. “Equal justice for future generations, as God created everything for each one of us.”