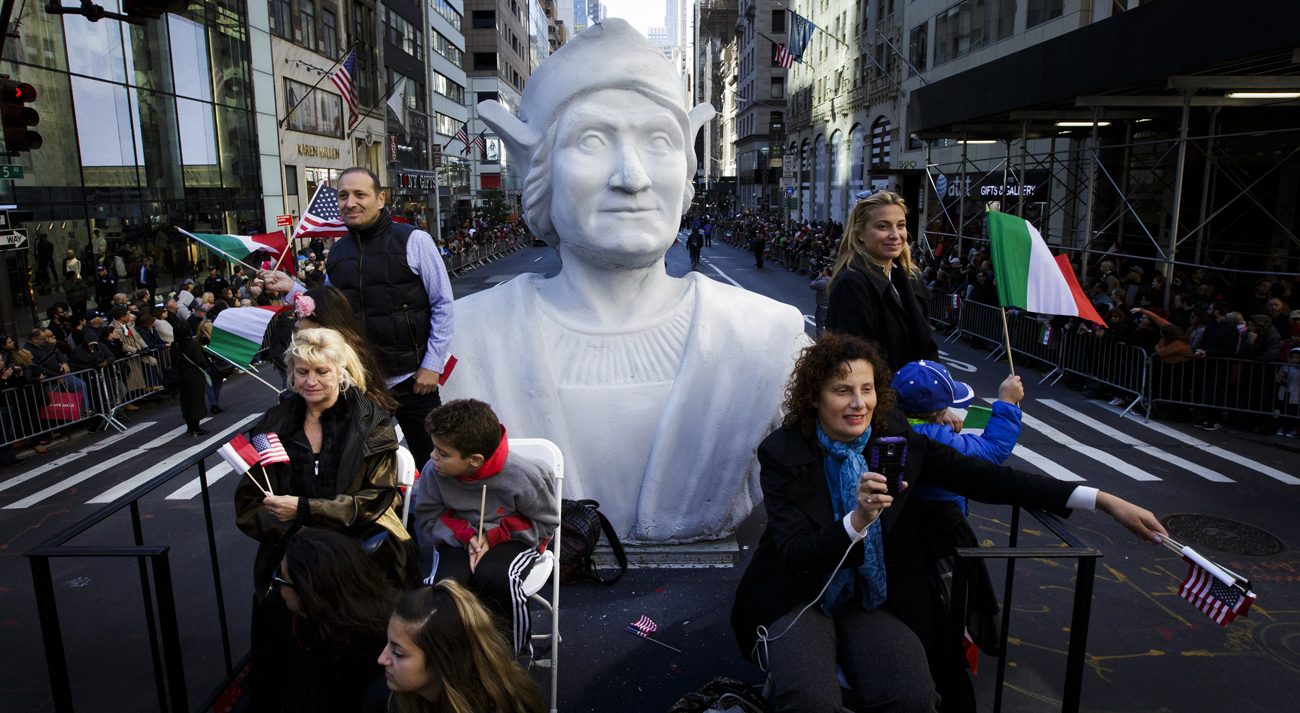 NEW HAVEN, Conn. (CNS) — A new survey shows that almost six in 10 Americans, or 57 percent, believe that celebrating Columbus Day is a “good idea,” while only 29 percent oppose the holiday.

The survey showed that an overwhelming majority of Americans — 76 percent — believe that Columbus and other historical figures should be judged by the standards of conduct of their own lifetimes, as opposed to modern standards. Sixteen percent disagreed. Fifty-six percent view Columbus either “favorably” or “very favorably”; half as many, or 28 percent, take a negative view of the navigator.

Accusations by some historians that the Italian explorer opened the Americas to enslavement, genocide and “cultural destruction” have led some U.S. cities to cancel local Columbus Day parades and other commemorations and rename the holiday Indigenous Peoples’ Day. New York City still has one of the nation’s largest Columbus Day parades.

Father Michael McGivney, a candidate for sainthood, who founded the Knights of Columbus in 1882, chose to name the organization after Columbus “because he was a widely acclaimed Catholic figure from American history during a time when Catholics were frequently discriminated against and marginalized,” said a news release from the Knights announcing the results of the survey.

“The Knights of Columbus joins the vast majority of Americans in celebrating Columbus Day,” said Supreme Knight Carl Anderson, the organization’s CEO. “He was a man ahead of his time, who brought two worlds together and began the process that led to the founding of this country. It is a testament to Americans’ commitment to a fair reading of history that the explorer’s popularity has endured despite the unfair and hateful attacks by British propagandists, the Ku Klux Klan and revisionist academics.”

The Marist Poll conducted the survey of 1,224 adults Sept. 11-13. Survey participants were 18 years or older and residing in the continental United States. They were reached through randomly selected landline or mobile numbers. Live interviewers recorded their responses.