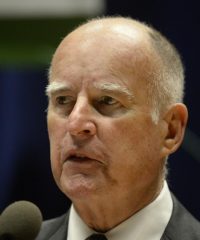 Assembly Bill 569 would have made it illegal for a California employer to discipline or fire employees for “their reproductive health decisions, including, but not limited to, the timing thereof, or the use of any drug, device or medical service.”

Alliance Defending Freedom said the bill would have prohibited churches, religious colleges, religious nonprofit organizations and pro-life pregnancy care centers “from having faith-based codes of conduct with regard to abortion and sexual behavior.”

The government “should not and cannot tell” employers that they cannot live out their beliefs within their own organizations, said Elissa Graves, legal counsel for the alliance, which is a nonprofit legal group that advocates for religious freedom and sanctity of life and on marriage and family issues.

“Gov. Brown was right to veto this immensely unconstitutional bill, which would have been an unprecedented overreach on the part of the state of California,” she added in a statement about the governor’s late-night action Oct. 15.

“The First Amendment doesn’t allow the state to order churches and other faith-based groups to violate their most deeply held convictions,” Graves said. “They have the freedom to live according to their faith and to require those who work for them to do the same.”

The California Catholic Conference, the public policy arm of the state’s Catholic bishops, called the measure “a massive overreach by NARAL” and an attack on religious liberty. NARAL Pro-Choice America advocates for legal abortion and for expanding access to it.

After A.B. 569 was passed by the California Legislature as its 2017 session ended Sept. 18, the Catholic conference urged Catholics to send a message to Brown calling for him to veto it.

It said the bill “deliberately” targeted religious employers “in a false effort to stop widespread ‘reproductive discrimination’ but supporters cannot cite a single case in California where such discrimination has actually occurred.”

“There are no substantiated claims of discrimination in the secular workforce against women who are pregnant or exercise ‘reproductive choices’ because such actions have been illegal for decades under the Fair Employment and Housing Act,” the conference said.

It noted the bill’s supporters could only point to one case in the state in the last decade “implicating a religious employer” and “that matter was settled out of court.”

“In a reach unknown in any other legal system, supporters (of A.B. 569) have expanded those who can allege discrimination in court to include anyone in the employee’s family and holds supervisors personally and legally responsible for enforcing the policy of employers,” the conference said.

“With no restraint in sight,” the conference said, the bill did not allow employers to enforce codes of conduct, “even those negotiated with employees as part of union contracts.”