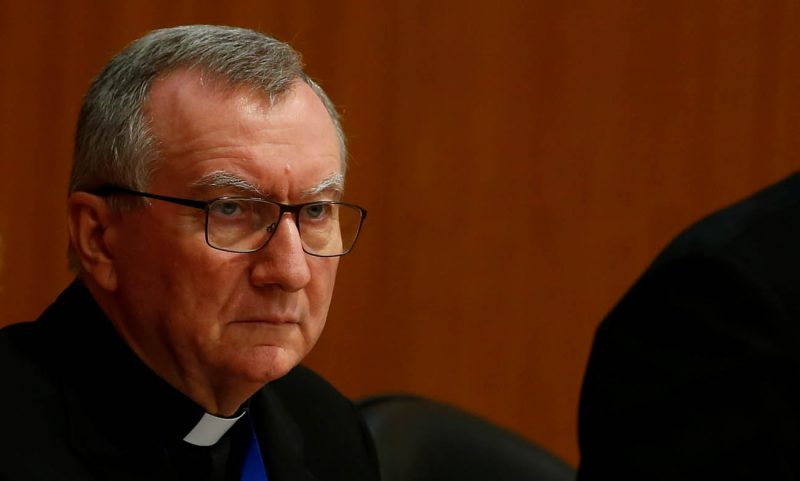 ROME (CNS) — Child abuse is not only a crime, it is sacrilege, Cardinal Pietro Parolin, Vatican secretary of state, said at a world congress promoting the protection of children online.

“The church has become increasingly aware of the harm experienced by victims, of their suffering and of the need to listen to them,” he told an international assembly of more than 100 top experts and leaders in government, law enforcement, nonprofit organizations and technology, who are working in child protection.

Action must be taken to “heal wounds, restore justice, prevent crimes” and establish a culture of “real safeguarding” so children can grow up healthy and safe, Cardinal Parolin said Oct. 3 in a keynote address opening the four-day gathering.

“Fortunately, with regard to the church, this is already happening, in various institutions and regions, even when society in general has not yet developed the necessary awareness,” he said. “These efforts, however, must continue, must be expanded and deepened with clarity and firmness.”

“To disparage infancy and to abuse children,” he said, “is for the Christian, therefore, not only a crime, but also — as Pope Francis has stated — sacrilege, a profanation of that which is sacred, of the presence of God in every human being.”

The congress, “Child Dignity in the Digital World,” was being held as the Vatican was investigating accusations that one of its foreign diplomats had violated laws relating to child pornography images.

Italian Msgr. Carlo Capella was recalled to the Vatican from his post at the Vatican nunciature in Washington, D.C., after the U.S. State Department notified the Holy See of his possible crimes. Police in Canada also issued a nationwide warrant for the monsignor’s arrest on charges of accessing, possessing and distributing child pornography while he was visiting Canada.

“It is a very painful affair, a huge ordeal for everyone who is involved,” the cardinal told reporters in response to requests for his comments on the case involving one of his diplomats. “We are handling the case with the utmost diligence, the utmost seriousness.”

Further information must remain confidential “in order to protect the investigations and, therefore, to safeguard truth and justice,” the cardinal said. In regards to an expected time frame of how the case will proceed, “it’s premature to talk about that.”

Communicating quickly and proactively is critical, a member of the advisory board of the Center for Child Protection at the Pontifical Gregorian University told Catholic News Service.

While some things cannot be divulged while an investigation is underway, “you can tell the public there is an investigation going on and it’s being dealt with in an appropriate manner,” said Msgr. Stephen Rossetti, a licensed psychologist and a former Air Force intelligence officer.

“There is a communication issue here” because of very different expectations between the Vatican and the United States and Canada, he said Oct. 4. “In the U.S., it’s expected before the sun goes down there should be a public statement,” so when there are gaps or a lack of prompt communication, “for us it’s frustrating.”

“The Catholic Church should be a leader in child protection rather than a follower,” said the monsignor, who is clinical associate professor of pastoral studies at The Catholic University of America in Washington.

“It is part of our mandate as a Gospel-based organization. Jesus said very strong things about those who would harm children,” he said, “so why is it the Catholic Church has not been a leader?”

The Rome congress and its gathering of so many top-notch experts is an example of the beginning of this kind of leadership and of the church becoming a platform for the protection of children, “as it should be,” he said.

The Gregorian University’s Center for Child Protection was hosting the world congress in partnership with WePROTECT Global Alliance in an effort to get faith communities, police, software and social media industries, mass media, nonprofits and governments working together to better protect minors from online abuse, violence and exploitation in a “digital era.”

The founder of WePROTECT, Baroness Joanna Shields, said in her keynote address Oct. 3 that “the progress we make together will determine the future of over 1 billion children who suffer abuse and violence in their everyday lives.”

“We need an era of cooperation and shared responsibility that puts the needs of children first,” she said.

Because the “unique needs of children must be paramount in the development of online products and services,” Shields said she supported updating U.N. Convention of the Rights of the Child for the digital age with the right to remove content, the right to know, the right to safety and support, the right to be informed and the right to digital literacy.