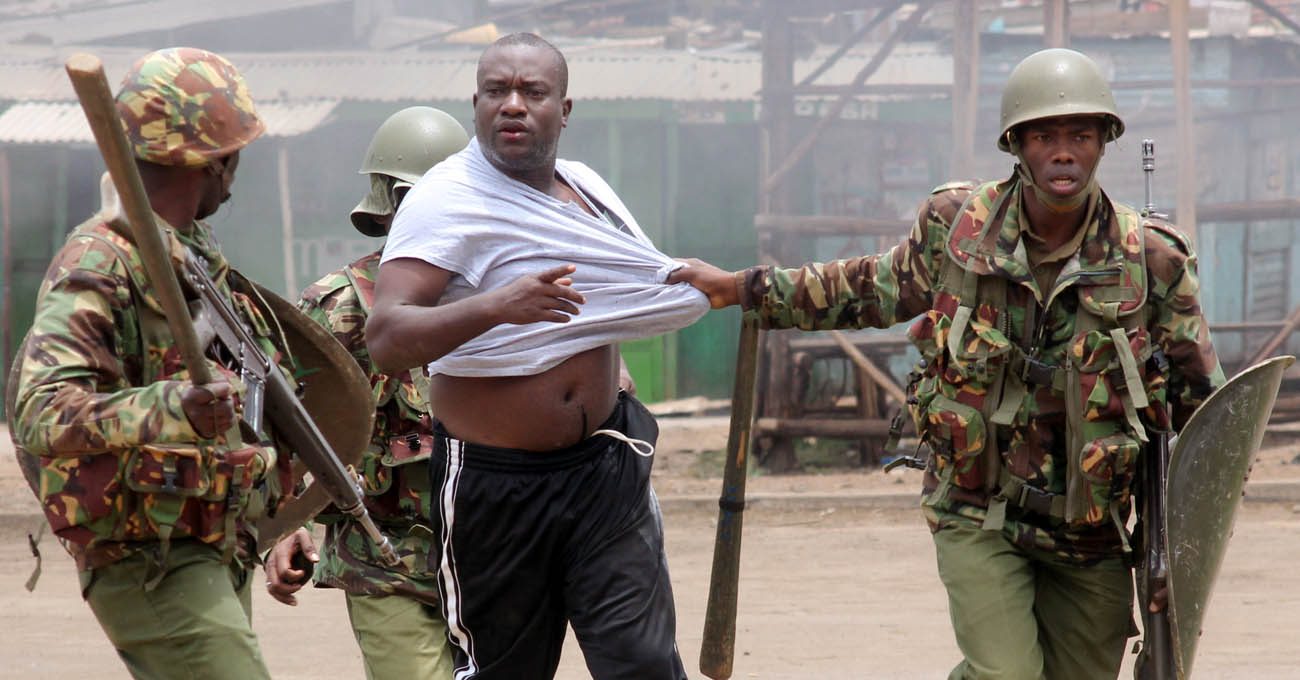 NAIROBI, Kenya (CNS) — Kenyan Catholic bishops have urged the citizens to guard the country’s peace, as a prolonged election standoff took its toll on the economy and the social conditions of ordinary people.

The bishops said the matter is grave, while highlighting growing anxiety among the people and increased polarization along political and ethnic lines.

“God has given us given us only one country, our nation Kenya, and it is upon every Kenyan to stand firm and say no to everything that will take away from the peace,” the bishops said in an Oct. 12 statement signed by Bishop Philip Anyolo, chairman of the Kenya Conference of Catholic Bishops Conference.

The crisis started Sept. 1, when the Supreme Court nullified the election of President Uhuru Kenyatta over irregularities and illegalities. The court ordered a repeat election in 60 days, but political positions have hardened, even as the Independent Electoral and Boundaries Commission planned to conduct the repeat polls Oct. 26.

On Oct. 10, the crisis appeared to deepen after Raila Odinga, the National Super Alliance coalition leader, withdrew from the repeat polls. Announcing the boycott, Odinga said the IEBC had failed to meet the demands he had presented to the officials’ “irreducible minimums.”

The veteran opposition politician has been demanding restructuring of the Independent Electoral and Boundaries Commission, which he accuses of bungling his win. The opposition argues that, as constituted, the commission cannot conduct a free and fair election.

Apart from the boycott, the opposition has been threatening to disrupt the polls, but the ruling Jubilee Party insists they will take place as scheduled.

The coalition has taken to street protests to force change within IEBC. The police used tear gas to disperse the protesters, who have been blocking roads, attacking civilians and looting properties. At least 33 people have been shot dead by the police, Amnesty International and Human Rights Watch said in a report released on Monday Oct.16.

The Caritas microfinance bank branch on Cardinal Otunga Plaza near the city’s minor basilica had its windows smashed during demonstrations Oct. 11.

“We were quite lucky that the demonstrators only ‘smashed’ the windows at our offices,” said George Maina, bank CEO. “We would be talking of something different if (looters) had accessed the bank.”

Maina told Catholic News Service looters only managed to smash some of the office windows and the gate to the main entrance of the building.

“On our side within the banking operations, we are currently witnessing a general financial ‘decline’ in terms of lending and borrowing,” he told CNS without elaborating.

Meanwhile, a drought affecting millions of rural people is further adding weight to the crisis. Nurses and health workers are on strike, which has also left thousands of patients across the country without treatment.

“We call for an end to this neglect and abandonment of the lives and affairs of our people,” the bishops said. “This cannot continue under our watch.”

The bishops have moved to convene high-level mediation talks, while stressing dialogue as the way forward.

Contributing to this story was Francis Njuguna.