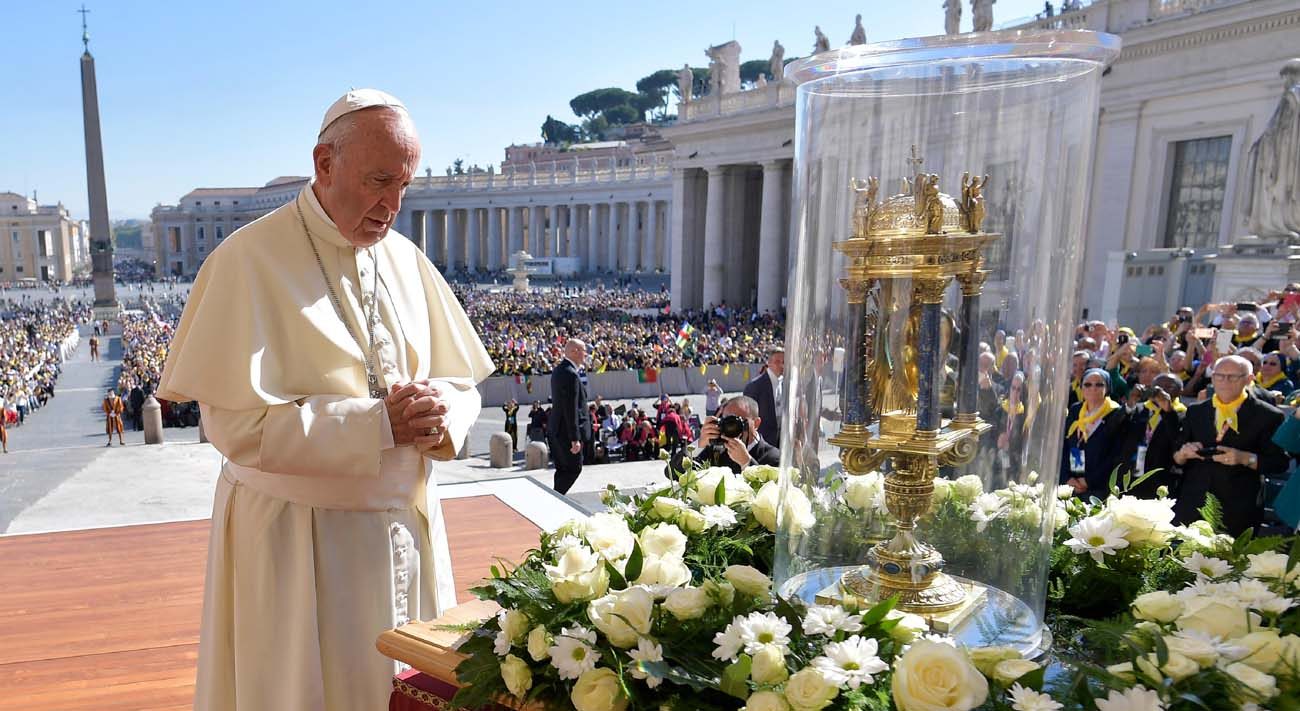 Pope Francis prays at a reliquary containing the heart of St. Vincent de Paul during an Oct. 14 audience in the Vatican's St. Peter's Square with members of Vincentian religious orders and groups inspired by the saint. (CNS photo/L'Osservatore Romano)

VATICAN CITY (CNS) — Love for God always translates into an active love of the poor, leading Christians to get up and go out to anyone in need, Pope Francis told members of the religious orders and charitable groups inspired by St. Vincent de Paul.

“One who loves doesn’t sit in an armchair and watch, awaiting the coming of a better world, but gets up and goes with enthusiasm and simplicity,” the pope told more than 10,000 members of the “Vincentian family” Oct. 14.

St. Vincent de Paul’s “passion for charity” has endured for four centuries because it is grounded in prayer and flows from adoration, Pope Francis told the crowd. Being aware that God awaits and welcomes each person, transforms hearts into those that welcome others and prompts them to set out in search of anyone in need.

Adoration was a particularly important part of the spirituality of the French saint, who lived 1581-1660, the pope said. Simply being with the Lord “is the most pure prayer, that which makes space for the Lord and for praising him.”

The simple, silent act of adoration “gives peace and joy and dissolves the worries of life,” the pope said. A Christian who spends time in adoration “starts to act toward others the way the Lord acts toward him; he becomes more merciful, more understanding, more available, overcoming his rigidity and opening himself to others.”

NEXT: Neglected works of mercy: burying, praying for forgotten dead