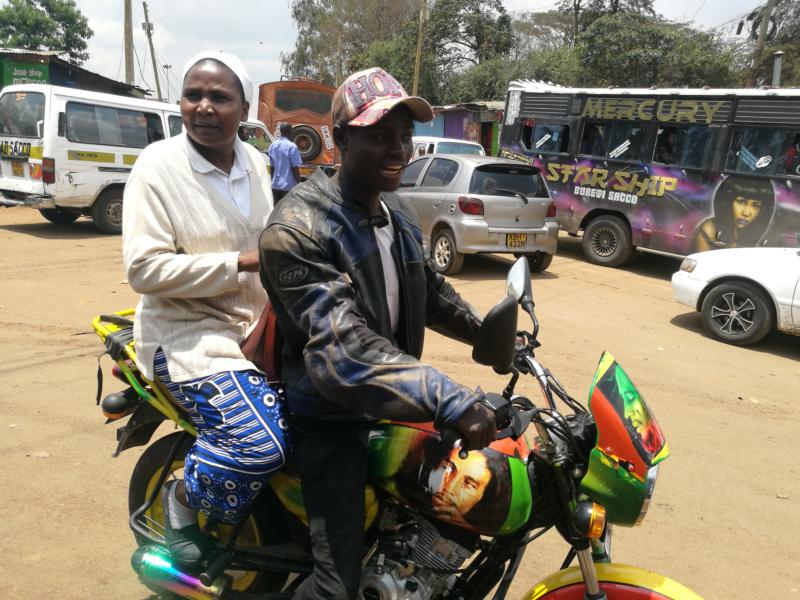 NAIROBI, Kenya (CNS) — When Kenyans go to the polls to elect a president Oct. 26, nuns from the Association of Sisterhoods of Kenya will be prominent as poll observers. The sisters already have spent hours in voter education for the repeat election, set up after the nation’s Supreme Court nullified an August vote.

The bishops’ conference plans to station close to 1,500 observers nationwide, including 71 sisters. The Catholic body also plans to have a tallying center where the observers will report back all irregularities.

The Association of Sisterhoods of Kenya, which organized 37 sisters to monitor the voting and tallying processes in the Aug. 8 election, has trained an additional 18 election observers in Garissa County, a remote region in northeastern Kenya bordering Somalia. The observers, who are accredited by Kenya’s Independent Electoral and Boundaries Commission, are charged with helping to verify that the elections are free, fair and credible.

The Kenya Conference of Catholic Bishops “is training election observers across the country in all the Catholic dioceses in Kenya, and they allocated AOSK to train in Garissa because we have a base of sisters there,” said Incarnate Word Sister Mary Magdalene Kanini, country coordinator of the Kenyan sisterhood’s justice and peace commission.

Pope Francis and other world leaders have called for restraint as tensions mount. In protests that followed the 2007 presidential election, more than 1,100 people were killed and 660,000 were displaced, according to Amnesty International.

The biggest point of concern for Sister Kanini and others in the Association of Sisterhoods of Kenya in the August election was the 400,000 rejected votes, a number four times higher than any vote in the country’s history. In nullifying the election, the court cited irregularities ranging from possible hacking to improper verification of results, so the sisters decided to educate the electorate on the voting process to ensure few votes are rejected in the repeat election.

Sister Kanini noted that the country failed to sufficiently educate voters prior to the Aug. 8 polls, but that the sisters have tried to make a small dent in Kibera, Africa’s biggest shantytown, a sprawling network of rusting roofs slung haphazardly across small mud alleyways on the outskirts of Nairobi.

Kibera is a stronghold of the opposition, and the area most affected by postelection conflict following the announcement of incumbent President Uhuru Kenyatta’s win in the August election. His opponent, Raila Odinga, has withdrawn from the race, claiming the unfair election system has not yet been corrected. Odinga called for his supporters to protest the Oct. 26 election.

“I was an observer in Kibera, and I saw very many people who didn’t know how to mark the ballot paper,” said Sister Kanini.

“There were well-dressed fellows in suits, looking well educated, who would come to the polling station and tick on their favorite presidential candidate and go ahead to cross off the other candidates,” Sister Kanini said. “It means they don’t understand how it is supposed to be done.” Crossing off unwanted candidates invalidates a vote because it equates to marking more choices than permitted.

A week before the October vote, Sister Kanini and Sister Josephine Muthoni Kwenga, a Sister of St. Joseph of Tarbes, boarded a motorcycle taxi to a school in the slum, where they worked to educate voters. They came equipped with a Civic, Voter and Peace Education Handbook co-developed by the Kenyan bishops’ justice and peace commission and other partners in peace development.

“When you go to the polling station, you will receive only one ballot paper, because this repeat election is only for the president, unlike the Aug. 8 election, where you received six ballot papers,” Sister Kwenga explained to a group of more than 100 young men from Kibera. “I saw in the Aug. 8 general election people who had a lot of anger toward one presidential candidate, and they would cross off his name, then tick their favorite candidate. Please don’t do that in this election because, if you do that, your vote will be spoiled and will not count.”

Sister Kwenga also explained to the residents that they are eligible to use three ballot papers. If they make a mistake, they can always go back and ask for another. She demonstrated how to mark a ballot correctly and what to avoid, telling them the more than 400,000 rejected votes would have made a big difference in the final results of the August general election.

Masese Robert, a voter and resident in Kibera who acknowledged the lack of civic education before the last general election, says what the sisters have done will go a long way in ensuring a lower number of rejected votes.

Shadrack Mukwana, also a voter and resident of Kibera, was worried the high number of rejected votes in the August poll was a creation of the electoral commission as a ploy to reduce votes in opposition strongholds like Kibera.

“How can almost half a million Kenyans not know how to vote,” Mukwana asked. “The majority are educated, and it’s a matter of marking in the box of the candidate of your choice. I don’t believe in the high number of rejected votes. I think (the Independent Electoral and Boundaries Commission) wanted to reduce votes in opposition strongholds.”

Muendo is a freelance journalist based in Nairobi.

NEXT: Coming soon: A new World Day of the Poor