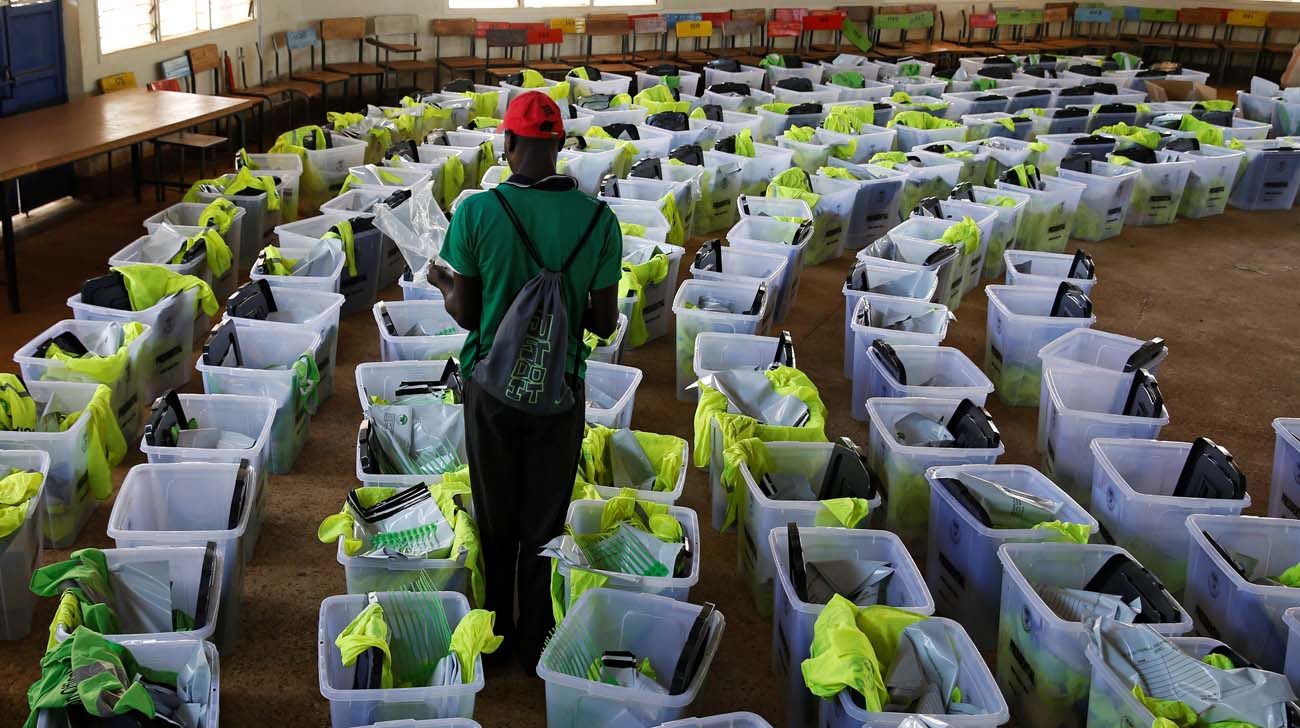 Ballot boxes and election materials are seen at a tallying centre in Kisumu, Kenya, Oct. 27. Due to violence and security challenges, voting in some areas was postponed to Oct. 28. (CNS photo/Baz Ratner, Reuters)

The repeat presidential poll has exposed the deep rift in the country that has worsened in recent days. Voting went on peacefully in some parts, while violent clashes ignited in other parts. Due to violence in opposition strongholds, voting was postponed to Oct. 28 because of security challenges.

In a statement the day before the election, Kenya’s bishops said they had witnessed “fear and anxiety with great possibility of dividing our country. This has been heightened by demonstrations and counter reactions which end with police brutality that has led to maiming of Kenyans, deaths, including innocent children. It is our mandate to remind the government and all citizens that life is sacred, given by God and only him can take it away.”

Opposition leader Raila Odinga had called for a boycott of the elections, and turnout was estimated below 35 percent. Odinga maintained the procedural irregularities that led Kenya’s Supreme Court to nullify August presidential elections had not been fixed.

In South Sudan, Kenya’s northwestern neighbor, the Catholic bishops were watching the drama unfold, and they wrote Kenya’s bishops to express solidarity.

In an Oct. 20 letter, Bishop Edward Hiiboro Kussala, president of the Sudan Catholic Bishops’ Conference, recalled that their country had been wracked by conflict since December 2013, just two years after independence from Sudan. He also noted that, like their Kenyan counterparts, the bishops had repeatedly appealed for peace.

“Our current situation of continuous violence requires a mind-set shift … that recognizes that attempting to perpetuate the current status quo is to damn future generations to violence and insecurity.”

“I suppose this can also be said of Kenyans,” he added.