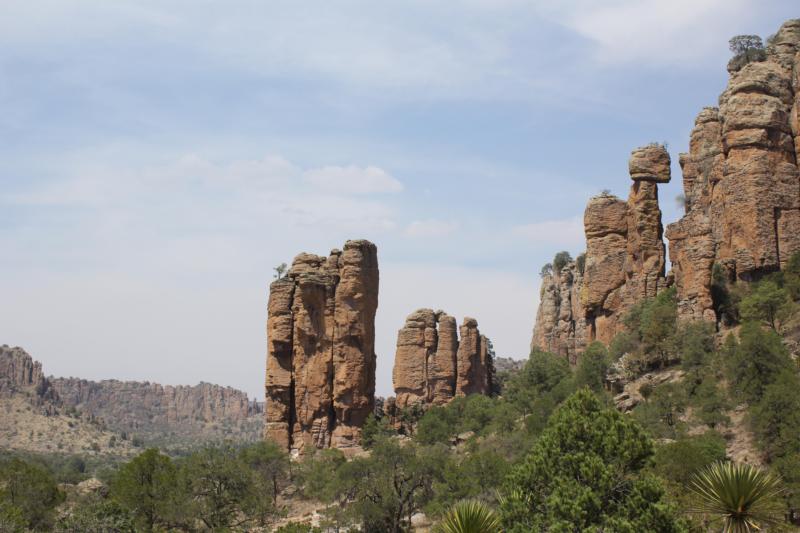 A general view of the landscape in the state of Zacatecas, Mexico, is seen April 25. State and municipal officials there have unveiled plans to build the world’s biggest statue of Our Lady of Guadalupe, the national patroness, hoping to increase tourism. (CNS photo/Mariana Gonzalez, EPA)

MEXICO CITY (CNS) — State and municipal officials in the north-central state of Zacatecas have unveiled plans to build the world’s biggest statue of Our Lady of Guadalupe, the national patroness — hoping the giant image would increase tourist visits.

The proposed statue also would be taller than a 75-foot statue of Our Lady of Guadalupe in the town of Xicotepec de Juarez in Puebla state, to the east of Mexico City. The statue in Puebla was also built with the idea of attracting tourists, according to press reports.

Local officials project the statue in Zacatecas will cost $4.25 million, with 62.5 percent of the money coming from the private sectors, according to the newspaper El Universal.

The spending of public money on religious landmarks is controversial in Mexico, where church-state relations were strained for most of the last century and politicians used to publicly profess anti-clerical positions. The mayor of the municipality of Guadalupe, where the statue will be located, told El Universal the expectation was to promote religious tourism — as happened in Puebla with the building of the statue there.