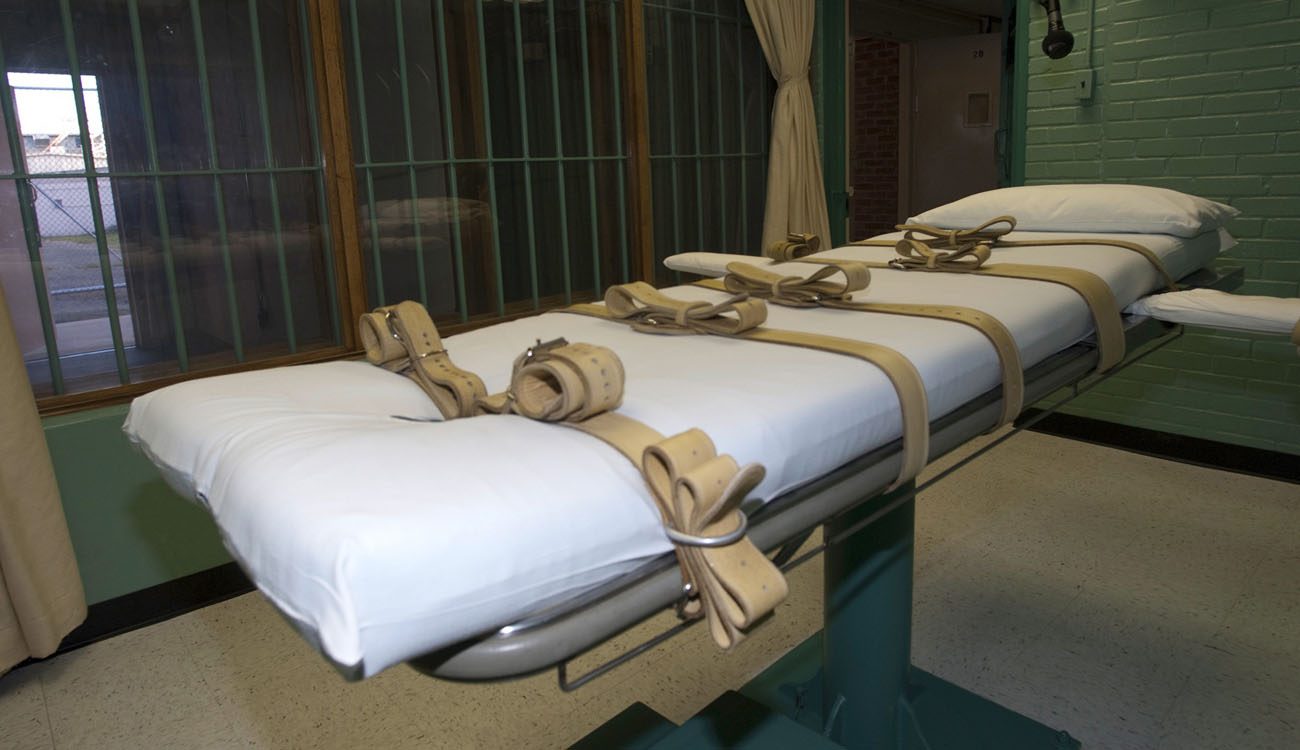 The death chamber table is seen in 2010 at the state penitentiary in Huntsville, Texas. Pope Francis' recent statement that the death penalty is incompatible with the Gospel is viewed by some as a development of doctrine and by others as a departure from church teaching. (CNS photo/courtesy Jenevieve Robbins, Texas Department of Criminal Justice handout via Reuters)

VATICAN CITY (CNS) — Pope Francis’ recent statement that the death penalty is incompatible with the Gospel focused less on a government’s role in protecting its people and more on the need to defend the sacredness and dignity of every human life.

At least from the time of Blessed Paul VI in the 1960s, the Catholic Church has been increasingly critical of the use of capital punishment, even while acknowledging centuries of church teaching that a state has a right to punish offenders, including with the death penalty.

St. John Paul II, in his 1995 encyclical letter, “The Gospel of Life,” wrote of his alarm at “the extraordinary increase and gravity of threats to the life of individuals and peoples,” but said one sign of hope was the increasing opposition around the world to capital punishment.

“There is evidence of a growing public opposition to the death penalty, even when such a penalty is seen as a kind of ‘legitimate defense’ on the part of society. Modern society, in fact, has the means of effectively suppressing crime by rendering criminals harmless without definitively denying them the chance to reform,” he wrote.

Two years later, Pope John Paul had the Catechism of the Catholic Church revised to strengthen its anti-death penalty posture. The text now says that, “given the means at the state’s disposal to effectively repress crime by rendering inoffensive the one who has committed it, without depriving him definitively of the possibility of redeeming himself, cases of absolute necessity for suppression of the offender ‘today … are very rare, if not practically nonexistent.'”

Opponents of the death penalty cheered St. John Paul’s move, and theologians recognized it as a “development” of church teaching.

Death penalty opponents also welcomed Pope Francis’ even stronger position against capital punishment, but his words set off a debate between those who saw his position as a further development of church teaching and those who saw it as a “change” that contradicted both the Bible and the traditional position of the Catholic Church.

Edward Feser, a professor of philosophy at California’s Pasadena City College and author of “By Man Shall His Blood Be Shed: A Catholic Defense of Capital Punishment,” told Catholic News Service that St. John Paul’s teaching was “a nonbinding prudential judgment,” which was in line with centuries of church teaching recognizing the right of states to impose the death penalty.

And, writing in Britain’s Catholic Herald Oct. 15, Feser said that if Pope Francis “is saying that capital punishment is always and intrinsically immoral, then he would be effectively saying — whether consciously or unconsciously — that previous popes, fathers and doctors of the church, and even divinely inspired Scripture are in error.”

But Jesuit Father Jan Dacok, a professor of moral theology and theologian at the Apostolic Penitentiary, a Vatican court, said the church always insisted there were limits to the conditions under which a state could legitimately impose the death penalty. St. John Paul, he said, emphasized those limits to the point of saying that now that it is easier to keep a murderer in jail for life, the necessary conditions for legitimacy are “practically nonexistent.”

Pope Francis took a further step forward, Father Dacok said. The pope “did not change church teaching, but places it on a higher level and points out the path toward its perfection.”

“What is accomplished with the death penalty?” the Slovakian Jesuit asked. “Do you obtain the true repentance of criminals? Do you offer them the possibility of correcting their ways, of asking for forgiveness?”

“No,” he said. “With the execution, the death, you irreversibly cancel the entire dynamic of hope” for repentance, conversion and at least some attempt at reparation.

“Obviously, Pope Francis cannot change the laws of individual countries, because that’s the competence of legislators,” Father Dacok said. “But he can continually encourage respect for the sacredness of every human life, because the death penalty truly is not necessary.”

Because security and justice can be served without capital punishment, he said, the urgent matter today is to demonstrate respect for the sacredness of every human life, “even the life of public criminals responsible for the death of others.”

Father Robert A. Gahl Jr., a priest of Opus Dei and a professor of ethics at Rome’s Pontifical University of the Holy Cross, said Pope Francis “continues the recent development of doctrine regarding the centrality of mercy for the Christian faith and the urgency to promote a culture of life in today’s throwaway culture,” where abortion and euthanasia are widely accepted.

“Pope Francis wants the church to offer a radical example of the defense of all human life,” Father Gahl said. And “without condemning all past practices, he vigorously demands the elimination of the death penalty.”

The priest noted the church’s historic concern for the impact of the death penalty not just on the criminal, but also on judges and executioners.

In fact, the 1917 Code of Canon Law, which was in effect until 1983, listed as those generally barred from priestly ordination “a judge who passed a sentence of death” and “those who take up the task of (execution) and their immediate and voluntary assistants in the execution of a capital sentence.”

On the question of whether Pope Francis’ statement marks a “development” or a “change,” Father Gahl said the pope probably intended to “shake up theologians and to force us to reconsider traditional formulations of permanent teaching in light of this new and authoritative development of mercy and human dignity.”

Archbishop Vincenzo Paglia, president of the Pontifical Academy for Life, said Pope Francis was exercising his right and obligation to teach on faith and morals.

“Obviously, the church does not intervene on the level of civil legislation,” the archbishop told CNS, “but today the pope authoritatively affirms that from a deeper understanding of the Gospel emerges the contradiction between the death penalty and the gospel of life.”

NEXT: Priests lead campaign against mining in rural areas of Colombia