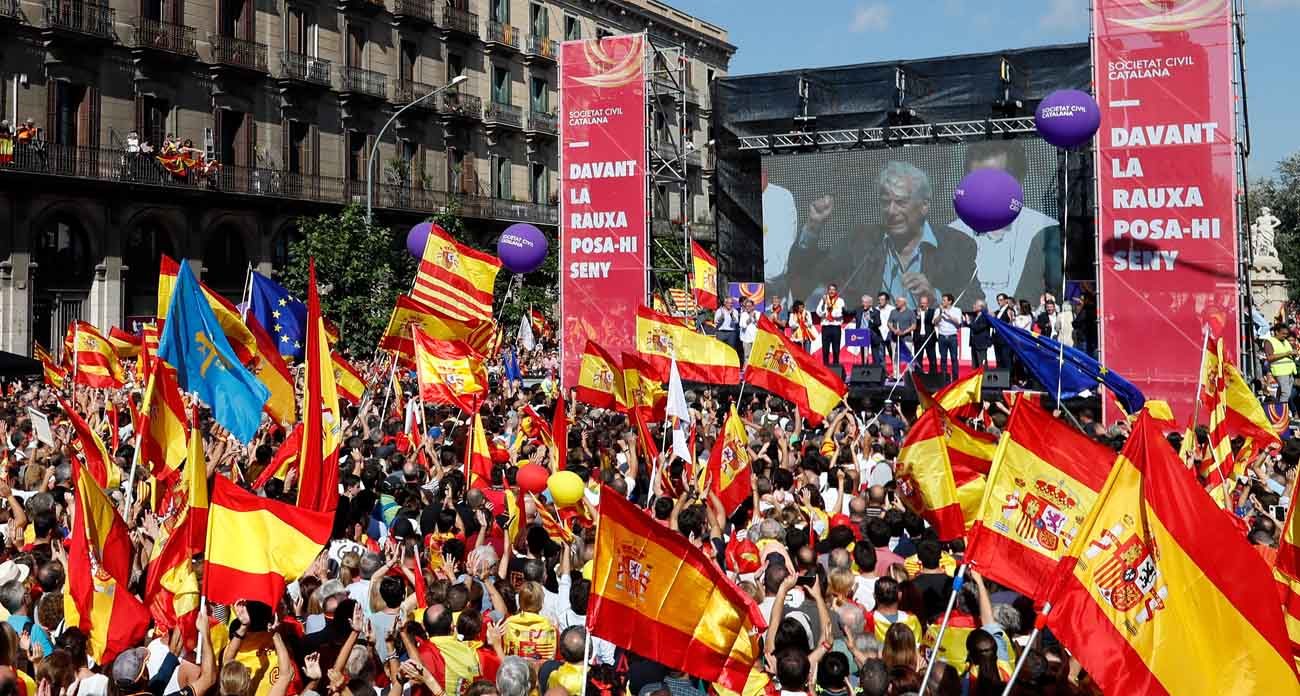 MADRID (CNS) — A Spanish cardinal defended his country’s unity as a “moral good” and condemned “sedition and fraud” by secessionists, as politicians in Catalonia prepared to debate independence at an Oct. 10 regional parliamentary session.

“Many of us feel intense pain, as if a dagger had been thrust into our guts,” said Cardinal Antonio Canizares Llovera of Valencia. “What has happened is very serious — an act of sedition, fraud and betrayal, a coup against the rule of law and a violation of the nation’s constitutional order and the coexistence in freedom of all Spaniards.”

The cardinal’s comments appeared in a newsletter circulated Oct. 7-8, as hundreds of thousands of Spaniards in Madrid, Barcelona and other cities rallied against Catalan independence.

He said Spanish Christians should follow the Gospel’s “calls not for fragmentation and division, but for unity and integration,” and resist a “reprehensible act contrary to truth,” which would “inflict wounds and cause confrontation between families, friends and neighbors.”

“Catalonia cannot be without Spain, nor Spain without Catalonia — this is what constitutes the unity of Spain,” said Cardinal Canizares.

Catalonia, the wealthiest of Spain’s 17 autonomous regions, is home to 7.5 million people with its own language and culture. Regional officials said 90 percent of voters backed secession Oct. 1 after a 42.3 percent turnout of Catalonia’s registered voters.

The head of Catalonia’s government, Carles Puigdemont, said regional legislators would meet Oct. 10 to consider results of the independence referendum, which sparked violence after being declared illegal by Spain’s Constitutional Court.

Other Spanish bishops also criticized the split, but two Catalan bishops did not.

Bishop Roma Casanova of Vic urged citizens “to weave the common good with ideas with concord,” while Bishop Xavier Novell Goma of Solsona praised Catalans for being “willing to resist peacefully” in the face of “police aggression.”

“I admire the courage and peaceful resistance of those who defended this legitimate exercise of our people’s right to self-determination, and I condemn all violent acts, especially those committed by ‘public servants,'” Bishop Novell said in a statement on the Barcelona archdiocesan website.

“I urge all politicians to articulate a peaceful, just way out for the Catalan nation, respecting this people’s legitimate rights, among which the right to self-determination stands out, without ignoring everything that has happened and taking into count the voting result.”