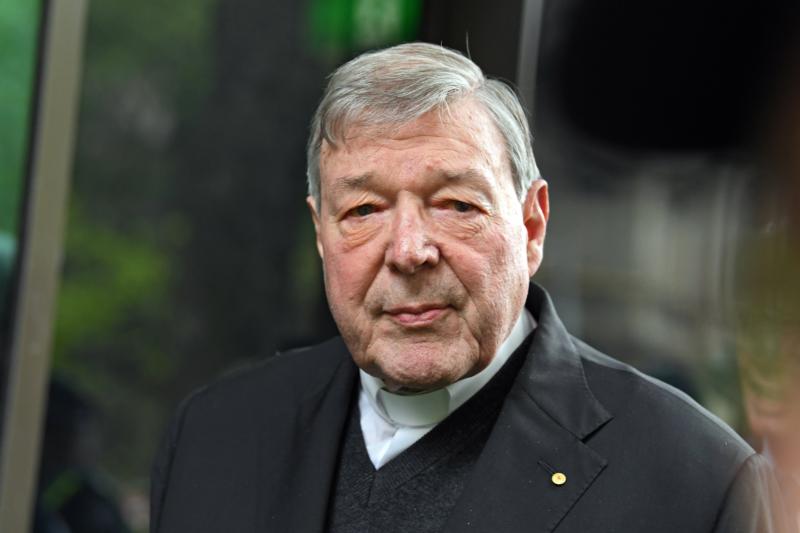 Australian Cardinal George Pell departs the Melbourne Magistrates’ Court in Australia Oct. 6. Cardinal Pell appeared in court for the magistrate to hear evidence and decide whether there is a strong enough case to go to trial on sexual abuse charges, which the cardinal has denied. (CNS photo/James Ross, EPA)

VATICAN CITY (CNS) — The top leaders of the Australian Catholic Bishops’ Conference and chair of the church’s Truth, Justice and Healing Council met with Vatican officials to discuss issues emerging from national investigations into the abuse of minors.

“Topics covered included the Royal Commission Into Institutional Responses to Child Sexual Abuse, the relationship between the church and society at large, the restoration of trust, and greater participation of the laity in decision-making roles in the church,” the Vatican press office said in a written communique Oct. 7.

Archbishop Denis Hart of Melbourne, conference president, and Archbishop Mark Coleridge of Brisbane, vice president, took part in a “wide-ranging discussion concerning the situation of the Catholic Church in Australia at this time,” the Vatican said.

The two officers were accompanied by Neville Owen, a former judge of the Supreme Court of Western Australia and the current chair of the Truth, Justice and Healing Council. The council was established by the Australian Catholic Bishops’ Conference and Catholic Religious Australia to oversee the church’s engagement with the royal commission, which conducted a state inquiry into clerical sexual abuse. The commission said that, since 1980, 7 percent of the nation’s priests had been accused of child sexual abuse and 4,444 people reported allegations of child abuse to church authorities.

Police in Victoria also conducted an investigation into allegations of sexual assault against minors against Australian Cardinal George Pell, when he was a priest in Ballarat and archbishop of Melbourne. The cardinal, who has upheld his innocence, took a leave of absence in June from his position as prefect of the Vatican Secretariat for the Economy to face the charges in Australia.

He will face a committal hearing in March, when the judge will decide whether he will stand trial.