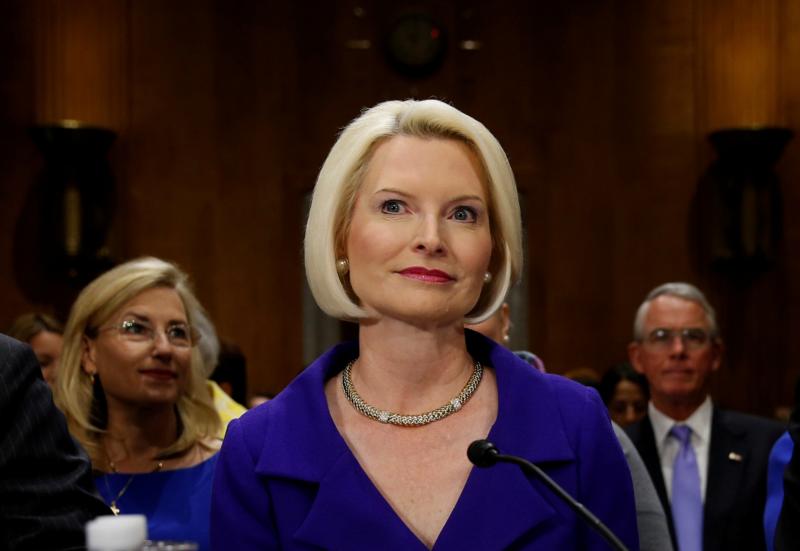 ROME (CNS) — A few hours before President Donald Trump was to swear in Callista Gingrich as U.S. ambassador to the Holy See, the charge d’affaires of the embassy said the fight against human trafficking and the protection of religious freedom around the globe would continue to be top priorities in U.S.-Vatican relations.

Obvious differences on specific policies related to immigration and climate change, for example, have not eroded the relationship, as many pundits on social media claim, said Louis Bono, who has headed the embassy staff while awaiting Gingrich’s nomination, confirmation and arrival.

He also said the Vatican and the U.S. embassy are cooperating as the Vatican carries out its criminal investigation of Msgr. Carlo Capella, a former diplomat at the Vatican nunciature in Washington, on charges related to child pornography. While the U.S. State Department requested the Vatican waive diplomatic immunity, which the Vatican declined to do, Bono said the U.S. government respected the Vatican’s right to insist on handling the case itself.

Trump was to swear in Gingrich Oct. 24. She and her husband, former House Speaker Newt Gingrich, were expected to arrive in Rome in early November. While she will begin working at the embassy, she will not participate in official diplomatic functions until she presents her letters of credential to Pope Francis.

Bono said the embassy has been informed that there are several ambassadors from other countries already waiting for an appointment with the pope, but it is hoped Gingrich will be able to present the letters before Pope Francis holds his annual meeting with the entire diplomatic corps in January.

Gingrich has stated publicly and indicated to the embassy staff, Bono said, that she will be involved particularly in ongoing U.S.-Vatican efforts in fighting human trafficking and protecting religious liberty around the globe, not just regarding the persecution of Christians, but of any religious minority.

For Pope Francis, the crime of human trafficking also has a relationship to restrictive immigration policies that can make people think smugglers and traffickers offer them the best hope for improving their lives.

As the U.S. bishops have noted, many of the Trump administration’s immigration policies are in opposition to those of the pope and the bishops.

And Pope Francis publicly has criticized political leaders who have decided, like Trump did, not to adhere to the Paris Agreement on climate change.

But Bono insisted U.S.-Vatican relations are still strong, because there is enough common agreement on fundamental values and even on the list of current problems needing urgent attention.

On the migration question, he said, “there may be some disagreement as to how we approach that, but they do realize that it needs to be addressed, and that one of the primary solutions is addressing it at the core,” doing everything possible to ensure people can be free and safe at home and able to support their families.

“If you have a good relationship, you can have a frank discussion and identify where you disagree,” he said. “We don’t have to agree on everything, but our relationship is strong enough that it can weather disagreements.”

Bono also expressed exasperation at caricatures of the new ambassador on social media and intimations there that her husband would be somehow be calling the shots at the embassy.

“People think they know the Gingriches. They see Newt on television a lot,” he said. “But how many people really know Callista?”

PREVIOUS: In Myanmar, Pope Francis’ words will be monitored closely

NEXT: British bishops: Abortion law erodes sense of life as something sacred