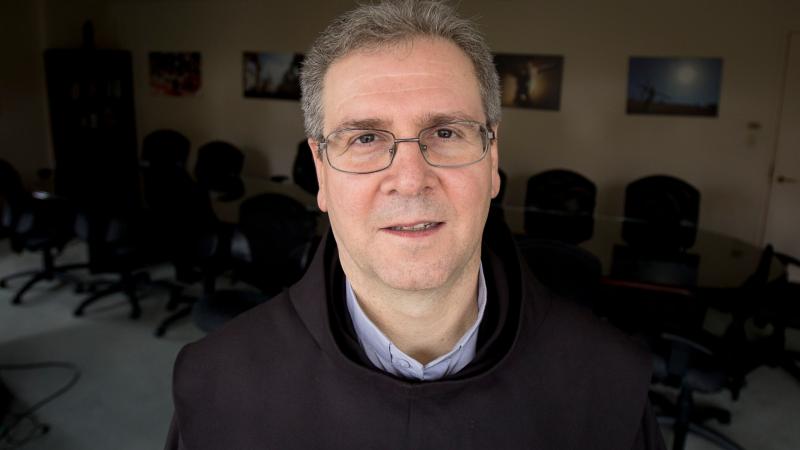 WASHINGTON (CNS) — The metaphorical but impenetrable walls that separated Catholics, Greek Orthodox and Armenian Orthodox in the Holy Land are beginning to crumble.

What is formally called a “status quo,” but for generations had the effect of an excuse for inaction, is now being replaced by collaboration, said Franciscan Father Francesco Patton, custos of the Holy Land. Father Patton, elected and papally approved, is responsible for the region’s most sacred sites.

“All the work was done on time,” said Father Patton. “We have to sign off (on) a new agreement for the second step,” which would put electrical systems underground, upgrade the sewage system and install humidity controls, he added.

Relations with the two Orthodox communities are now “very, very good,” Father Patton told Catholic News Service in a Nov. 10 interview in Washington, where he visited the Franciscan monastery in the city — which also falls under the custos’ responsibilities — and met with patrons.

Members of the three churches “all know we are a minority,” Father Patton said. “We (Christians) are only 2 percent when we are together. When we are not together, each of us are less than 2 percent.” He said the different communities try to support each other on issues that affect just one of them.

Along the same lines, Father Patton said he saw unity and harmony among Christians, Muslims and Jews in the Holy Land. While some would prefer to reduce the role of religion in the region, “the meeting of the three Abrahamic communities” is essential, he added. “You can’t solve the problem excluding religion. You can solve it only by including religion.”

The Franciscans want to undertake further restoration initiatives at holy sites in Jerusalem, Nazareth, in the West Bank and elsewhere. He said they want to build housing for Christians who work at the holy sites so they will not have as far to travel to get to their jobs, including facing delays at Israeli checkpoints.

While there has been some success at preserving sacred sites as they were in antiquity, Father Patton does not begrudge residents’ businesses.

Father Patton added that he expects tourism to be brisk, especially at Christmas.

“Last year was a good year,” he noted. “When there is no violence, there are pilgrims.”

“One-third of Israel’s tourists are coming to see the sacred places,” he added.

PREVIOUS: Time to give back to retired religious for service to church, say honorees

NEXT: Cardinal praises USCCB for century of working for ‘a more just society’