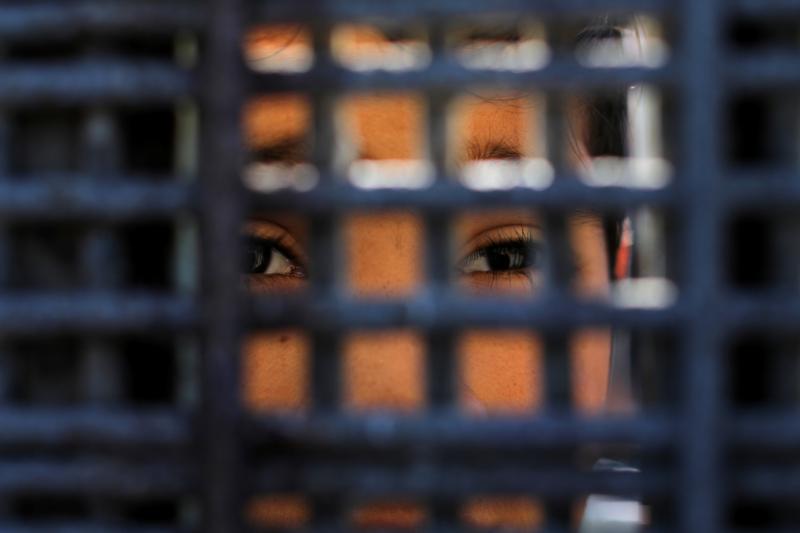 A boy in Mexico looks through the border fence at Border Field State Park in San Diego Nov. 18. The president of the U.S. Conference of Catholic Bishops in a message for Thanksgiving urged protection for immigrants and refugees. (CNS photo/Mike Blake, Reuters)

WASHINGTON (CNS) — As the nation made preparations to celebrate Thanksgiving Day, the president of the U.S. Conference of Catholic Bishops expressed gratitude for “the gift of immigrants and refugees to the country,” but also appealed for their protection.

“As we do every year, we will pause this coming Thursday to thank God for the many blessings we enjoy in the United States,” Cardinal Daniel N. DiNardo of Galveston-Houston said in a statement Nov. 20, a week after the U.S. bishops opened their annual fall assembly.

The longest and most passionate discussion on the first day of the fall assembly of the U.S. Conference of Catholic Bishops Nov. 13 focused on immigrants, on how to help them but also how to drive home the point that they, too, are our brothers and sisters and should not be demonized.

Cardinal DiNardo said his Thanksgiving Day statement was prompted by the bishops urging he “speak out on their behalf.”

He referenced that floor discussion, noting that he and his brother bishops “were attentive in a special way to those who are often excluded from this (nation’s) great abundance — the poor, the sick, the addicted, the unborn, the unemployed and especially migrants and refugees.”

The bishops “expressed a shared and ever-greater sense of alarm — and urgency to act — in the face of policies that seemed unthinkable only a short time ago,” he said.

Those policies, Cardinal DiNardo said, include the deportation of “Dreamers,” the beneficiaries of the Deferred Action for Childhood Arrivals program, or DACA. These are “young hard-working people who should be the lowest priority for deportation,” he said.

Cardinal DiNardo also described “the anxiety and uncertainty of those with Temporary Protected Status from countries like Haiti, El Salvador and Honduras, which are still recovering from natural disasters and remain ill-equipped to humanely receive and integrate them.”

The Trump administration in early November announced an end to TPS for 2,500 Nicaraguans who have been living in the United States for nearly 20 years. A decision on TPS for 57,000 Hondurans has been delayed for six months, and decisions are due in several weeks from the Department of Homeland Security on that status for people from El Salvador and Haiti.

Late Nov. 20 the Department of Homeland Security announced it will terminate TPS for the 50,000 Haitians with such status by July 22, 2019.

Cardinal DiNardo also lamented that the number of refugees the country will admit over the next year has been capped at 45,000.

He called it “an unprecedented reduction in the number of people we will welcome this year into our country who seek refuge from the ravages of war and religious persecution in their countries of origin.”

“One common feature of all these developments is their tendency to tear apart the family, the fundamental building block of our, or any, society,” Cardinal DiNardo said. “These threats to so many vulnerable immigrant and refugee families must end now.

“My brothers have urged me to speak out on their behalf to urge the immediate passage — and signature — of legislation that would alleviate these immediate threats to these families,” he said.

Policies that threaten immigrant and refugee families also are “symptoms of an immigration system that is profoundly broken and requires comprehensive reform.”

“This is a longer-term goal, one that the bishops have advocated for decades to achieve, and one that must never be overlooked,” he continued. “Only by complete reform will we have the hope of achieving the common goals of welcoming the most vulnerable, ensuring due process and humane treatment, protecting national security, and respecting the rule of law. We are committed to such reforms and will continue to call for them.”

He repeated his gratitude “for the gift and contributions of immigrants and refugees to our great nation” and prayed “that next year, families now under threat will not be broken and dispersed, but instead will be united in joy around their tables, giving thanks for all the blessings our nation has to offer. Have a Happy Thanksgiving all!”