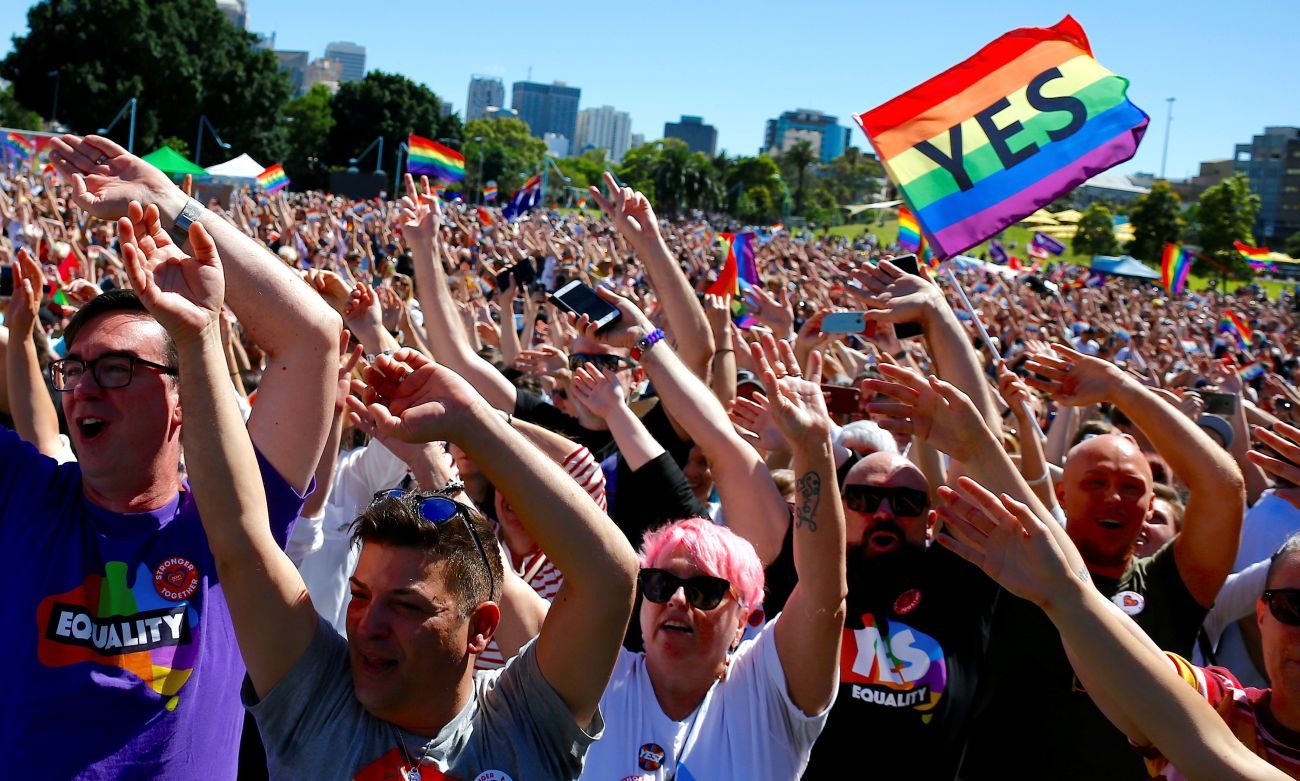 Supporters of the "Yes" vote for marriage equality celebrate Nov. 15 in Sydney. After a majority of Australians indicated they favored same-sex marriage, Australia's bishops said legislators must ensure that any new law on marriage include protection for religious freedom. (CNS photo/David Gray, Reuters)

CANBERRA, Australia (CNS) — After a majority of Australians indicated they favored same-sex marriage, Australia’s bishops said legislators must ensure that any new law on marriage includes protection for religious freedom.

Nearly 80 percent of Australians mailed back their government postal surveys on the issue. Of the 12.7 million Australians who participated, nearly 62 percent said they favored same-sex marriage, and Prime Minister Malcolm Turnbull said he hoped to have marriage equality legislation passed by Christmas.

In a statement Nov. 15, the day the survey results were announced, Melbourne Archbishop Denis Hart, president of the Australian Catholic Bishops’ Conference, said members of Parliament “must recognize and respect the concerns of the more than 4.8 million Australians who opposed a change to the definition of marriage.” He called for Parliament to include “strong conscience and religious freedom protections.”

“The Catholic Church continues to respect the dignity of LGBTIQ Australians, and our ministries will continue to care deeply about the dignity and value of all people we encounter,” Archbishop Hart said.

However, he said, the Catholic Church “continues to view marriage as a special union between a woman and a man, which allows for the creation and nurture of children.”

“A change in civil law does not change the Catholic understanding of the nature of marriage,” the archbishop said.

He said legislation must ensure that faith-based schools can continue to teach the traditional concept of marriage “and that organizations can continue to operate in a manner that is consistent with those values.”