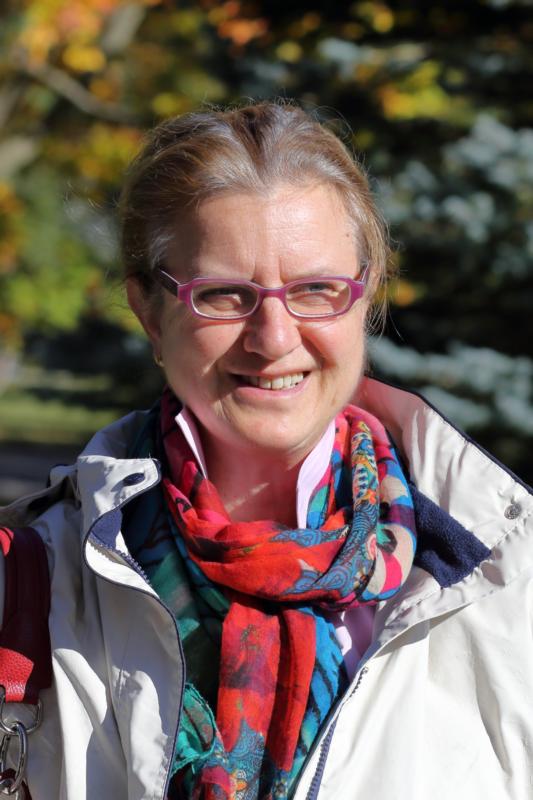 QUEBEC CITY (CNS) — Single people are the forgotten members of the Catholic Church, said a Catholic journalist who has developed expertise on this issue over the past 20 years.

“There are more and more single people, yet they are almost never mentioned in the church. They are completely forgotten,” said Claire Lesegretain, 58, a religion reporter for French Catholic newspaper La Croix.

Since she published a book about the reality of single people in the church in 1998, she has constantly been asked to speak on the issue. She recently wrote a document on single people for the French bishops’ conference.

“This is the church’s blind spot. It’s there, very present, but nobody talks about it. We don’t see them,” she explained while touring French Canada in October for a series of conferences.

Over the years, Lesegretain estimates, she has met at least 2,000 single laypeople looking for a Christian meaning to their celibacy and a place in the church. Her interest in this issue comes from her personal experience, since she also struggled with her faith and her own celibacy in her mid-30s.

“I did not see the meaning of celibacy as a Christian. What does the Lord want from me?” she wondered then. She felt both social and personal pressures. For many, she said, these pressures become sufferings.

“There is the question of fertility: who am I serving, who am I useful for? As a Christian, we were raised in the idea of giving ourselves, of loving one’s life. And to whom am I giving my life?” she recalled wondering.

“As a single person, you hear some not-so-good things. One feels a disgrace, a contempt. I have heard many cases of singles who were seated at children’s tables at family reunions. It’s humiliating,” she detailed, adding it’s as if singles “don’t count.”

“On top of that, we often end up feeling guilty. We say it’s our fault, we live it as a failure. I am not enough this or that. We always think it’s our fault.”

She said every single person must be lucid and look at his or her life story and work on openness or self-confidence. She also said she believes the relationship between the church and single people should be looked at through what it means to have a vocation.

“For centuries, we heard that there are basically two vocations: the majority, called to marriage, and a minority, called to the priestly or religious life. When we are neither, we are led to believe that we have no vocation. And that’s terrible, completely wrong and extremely devaluing. As soon as we are baptized, we have a vocation. This vocation is not related to your status. This status is a means to live this vocation,” she said.

She said the church must reject the temptation to divide the baptized into “classes” that are “contrary to Vatican II and the life of the Holy Spirit.”

She also argues that it is time for the church to get into solution mode.

“At a time when priestly or religious vocations are falling, lay singles can be a chance for the church,” said Lesegretain, adding that, to do that, all must tackle the spiritual struggles implied.

“It’s a delicate question, because singles might be upset with God. Am I forgotten by God? We have anger toward God, and sometimes we do not dare to say it because we say that he loves us … So we are caught in a paradox.”

“Do I accept to be looked at by God as I am, in this poverty? Because celibacy is a fragility, a poverty: It is not written on your forehead, but almost,” she said.

“We appear in our vulnerability in the eyes of all. But when we recognize ourselves as poor, there is something that is given. The Lord says in the Gospel: Blessed are the poor in heart, they are filled by God from now on. Since the person does not have a partner, as promised in Genesis, then he has the Lord who becomes his helper, his partner. Spiritually, there can be something very strong. It does not happen right away; it can be built over the years. Something fills us up: I feel loved by the Lord, and I can love through him.”

Lesegretain said Mary Magdalene, who poured perfume on the feet of Jesus, can even become an inspiring example for singles.

“For a single person who suffers from not being able to love, the most precious perfume is his heart and his capacity to love. Rather than moping into sadness, what the Lord is proposing is to come and lay down that capacity to love on his body, in the intimacy of the relationship with Christ,” she added. “To be single is to have a very pure, very expensive perfume, which has a lot of value. And the church needs this perfume, this treasure.”

PREVIOUS: Mass and lunch: Pope to lead celebration of World Day of the Poor

NEXT: Religious freedom must be protected, says Catholic-Muslim dialogue